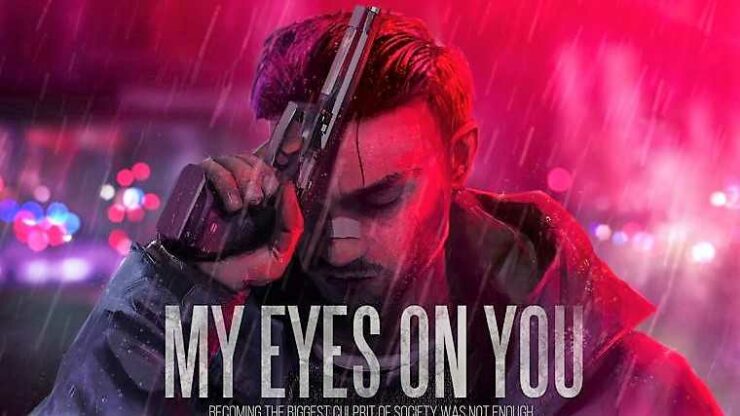 Storymind Entertainment has recently announced its third-person neon-noir action/adventure game "My Eyes on You". The company has also released the first teaser trailer of the game that you can watch at the end of this article.

In the role of the FBI analyst, agent Jordan Adalien, you will be chasing the mysterious man in the mask in an alternative neon-noir Chicago and its suburbs. Because of your analytical work, a lot of exploration of the environment awaits you, searching for clues, traces, and hints that will then influence your next move.

The developers of the Storymind Entertainment studio in Ukraine have one trump card ready for you. The story of the game will dynamically adapt not only to your decisions but also to what you choose to believe.

In My Eyes On You, you will be able to behave and make decisions in a purely rational way and you may get to something. But if you did not succeed, it is not a problem to start believing occult hints and moving on a substantially different, mysterious path that no longer has much to do with rational analysis.

All the time, the story will be tailor-made to reflect both your decision and what you really believe and what you think is a false trace. The emergency should not be a stressful situation either. They can put the tension up to the point when the main hero will be troubled with hallucinations that affect your abilities as well.

How the title will look exactly, we do not know much yet since the developers have only released the first teaser and we will have to wait for some more information. We only know that My Eyes on You will release on PC, PlayStation 4 and Xbox One, but it does not even have an approximate release date.