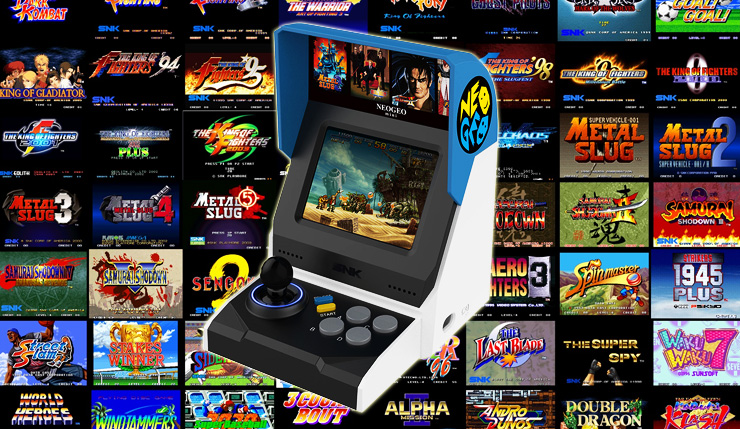 Last month SNK teased they were getting back into the hardware game with a new all-in-one Neo Geo console in the style of the NES Classic Edition, and now they’ve made it official! The Neo Geo Mini is inspired by the classic Neo Geo MVS arcade system and contains over 40 old-school favorites. The system comes with its own 3.5 inch screen, but you can also hook it up to your TV via an HDMI cable. You can check out a few adorable images of the Neo Geo Mini below (sorry, the more colorful version is Japan-only).

So, what games will be included in the Neo Geo Mini? Here’s the full list!

An interesting lineup! Obviously, there’s plenty of King of Fighters and Metal Slug games included, but we’re also getting plenty of more obscure Neo Geo games. Some of these games, like Kizuna Encounter and some of the later Metal Slugs, sell for thousands of dollars in their original cartridge form, so this may be the only legal way you’ll ever be able to play them.

The Neo Geo Mini doesn’t have a release date or price tag yet, but expect it to arrive sometime this summer, as SNK celebrates its 40th birthday in June.