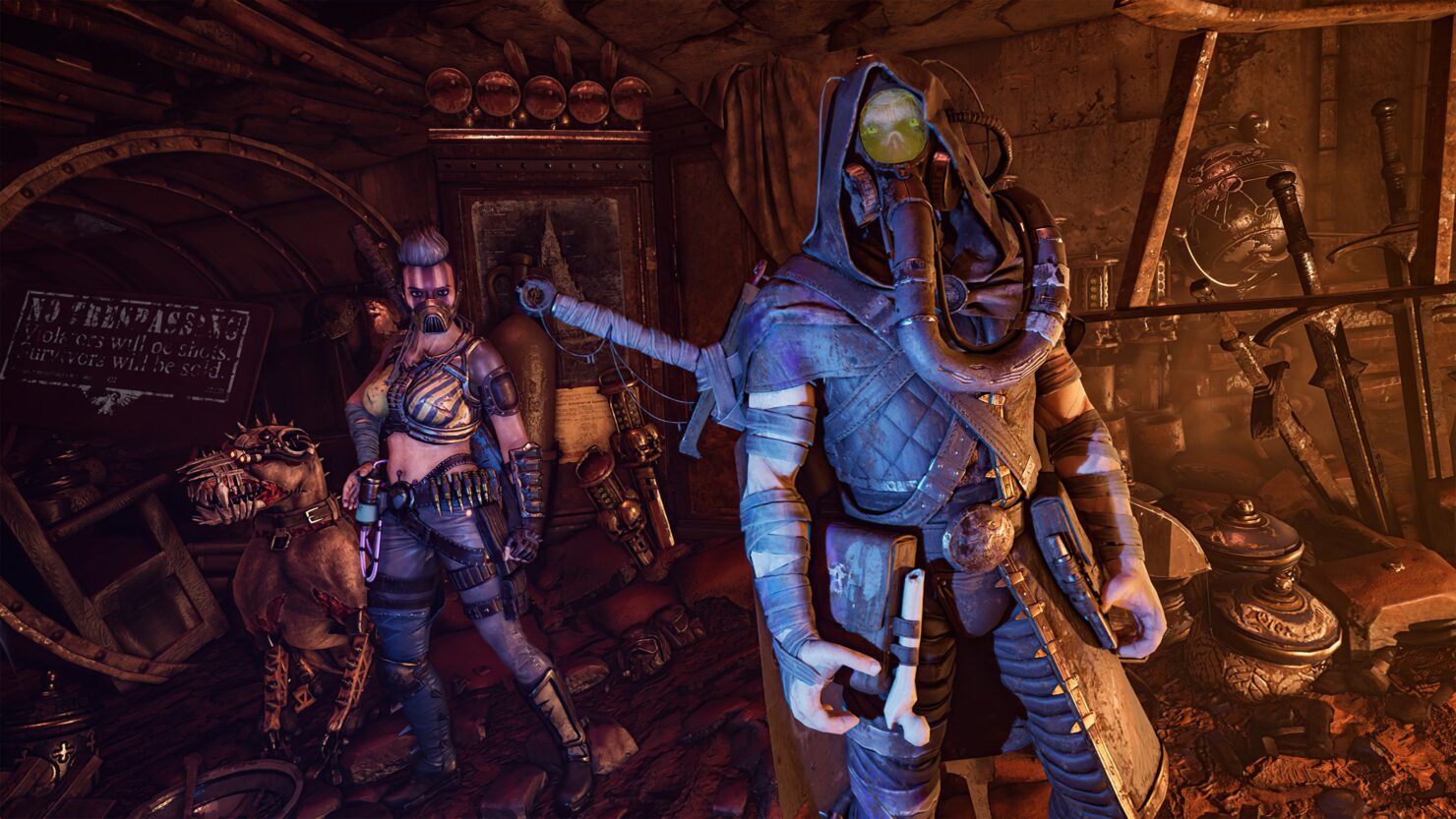 The Microsoft Store, one of the most consistent 'leakers' in the gaming industry, has once again unveiled a new game prior to its official announcement, Necromunda: Hired Gun.

A single player first-person shooter game developed by Streum On Studio (Space Hulk: Deathwing) and published by Focus Home Interactive, Necromunda: Hired Gun is targeting a June 1st release date. A game set in the Necromunda IP came out not too long ago, though that one was a strategy title.

Pick your contracts. Hunt your targets. Collect the bounty.

Navigate an ocean of crime and corruption to balance the bloody ecosystem of Necromunda as a merciless hired gun. The money’s good, the dog’s loyal, and the gun’s reliable – but can you survive the hunt? Necromunda: Hired Gun is an indie fast-paced, violent, and thrilling FPS set in the darkest reaches of Warhammer 40,000’s most infamous hive city.

For the right price, eliminate the most notorious gangers and mutants. Your armory is a sprawling arsenal. Your body is enhanced with a dozen customizable augments to run on walls and leap over chasms. Your cyber-mastiff will sniff out and kill enemies for you, while your grappling hook allows quick, agile traversal of the massive environments.

- An indie fast-paced FPS in the Warhammer 40,000 universe
- Upgrade and fight alongside your loyal cyber-mastiff
- Endless weapon and augment customisation
- Upgrade, advance, and level up as you collect bounties

The regular price of Necromunda: Hired Gun will be $40, though the pre-order offer seems to include a 15% discount. By pre-ordering the game, you'll also get the Bounty Pack pack. 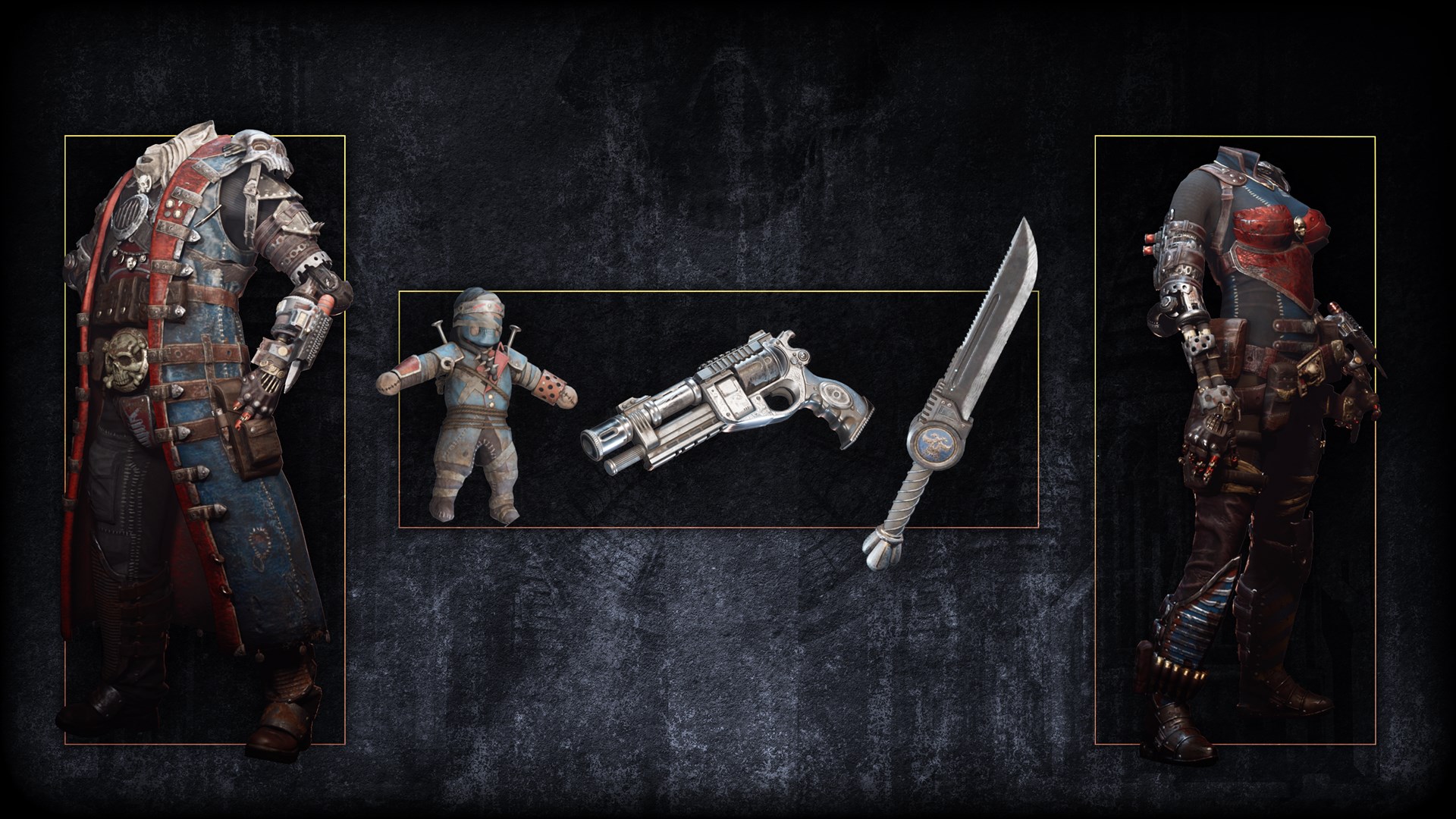 The Hunter’s Bounty pack for Necromunda: Hired Gun comes with unique cosmetics for your knife, stub gun, outfit, and mastiff chew toy. Each has a Guilder theme, with a blue paintjob and hard metallic coating. The chew toy model replacement will help your cyber-mastiff chase down targets with efficiency, shaped like the delicious meat he’ll soon be biting into.