Patience is a virtue. It's a virtue many of us lack in the modern era, where a day's rest can mean more lost work than you'd like to budget for. But despite that, sometimes it's better to just sit back, relax, and take things slow. We need to unwind, think to ourselves for a while, take our time, and enjoy life at a leisurely pace. It's essential. So when I play a slow-paced game, I think to myself, this is fine. I can afford to take things slow for a little while. But Necromunda: Underhive Wars genuinely puts me to sleep with a dark presentation and pacing which is so sluggish that it would drain the life from anyone.

Necromunda: Underhive Wars is a new adaptation of the fan-favorite tabletop game, and Warhammer fans are sure to know what's going on here. This campaign sees gangs fight for control over portions of a dark dystopia, and you'll be controlling multiple of them throughout the story mode. There is one thing you can feel confident in: if you know Warhammer, you'll know what to expect from this game. One more thing to feel confident in: you will feel yourself physically aging as you play. 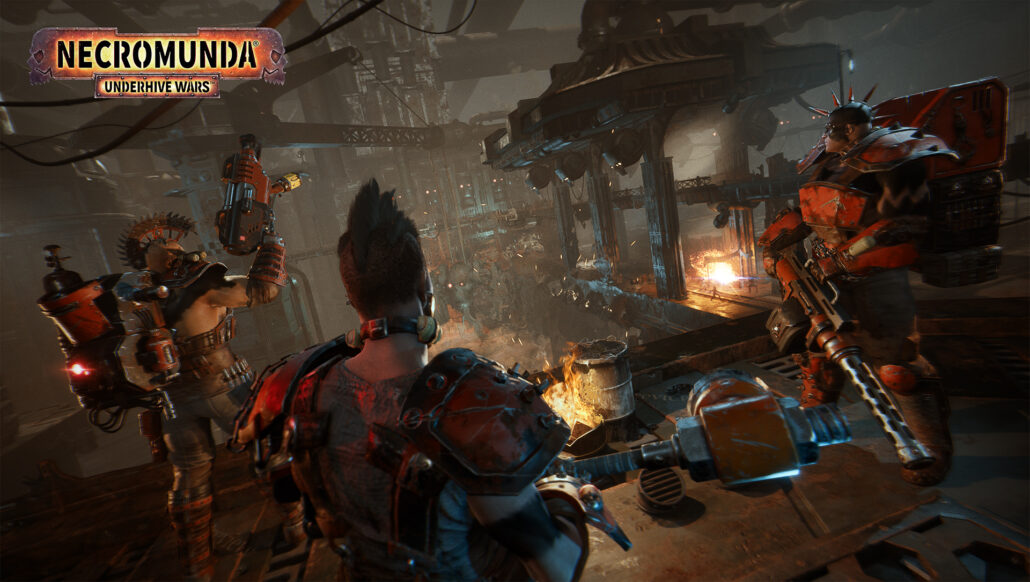 You take control of a team of six and, as is usual in Warhammer, you have a set number of Movement Points to move them around a stage. Your job is to put them in advantageous positions, lay down traps to hinder enemy movement, set up ambushes, and of course, use Action Points to shoot and slice up enemies that want to impede your progress, occasionally while engaging in some light exploration and interaction with elements in the stage. Stages are large and complex, but a map screen that you can access at any time gives you the details on the elements in a stage necessary to progression, enemy locations, and more. You most certainly have all the tools you need for a really good strategy game.

And I want to be clear - Necromunda: Underhive Wars is a really good strategy game. I really enjoy analyzing the stages, setting up my traps and ambushes, and moving my units through the stage. But this is one of the slowest games I have ever played in my life. It is really difficult to put into words how long almost every action in this game takes. You begin each turn by selecting which fighter you wish to control - only first, it's likely the enemy turn, which will begin after you select your fighter, and you'll watch the enemy AI run around the stage for easily a minute. Sometimes you get to witness some truly, shockingly terrible decisions made by the AI, such as just standing in a fire and burning to death, but that's only the tip of the iceberg. After at least a minute of complete nonsense is done with, you finally move your fighter, use your initially limited set of abilities, and then end your turn, and repeat, six times. You will likely know exactly what actions you want each fighter to perform as you begin, and as such, you will be spending less time actually playing than you will be watching the AI make poor decisions.

The introductory stages in this game will take half an hour each to complete, and in that time you will feel as if you did nothing. Just moving across a small stage and attacking two enemies takes an absurdly long amount of time, and then when you throw two teams of six fighters into the mix, it's just a dire state of affairs. Never before have I witnessed such an incredibly solid game fall apart so disastrously because of the game speed. It really is as simple as throwing in either the option to skip enemy turns, or just speed up enemy turns by 2x, 3x, whatever. That tiny, minuscule change would make me go from appreciating this game, to truly enjoying it. Instead, each time I play I dread how long I'm going to spend just waiting. The game can also be fairly punishing if you aren't using the mechanics and stages and traps to their fullest - if you know what to expect and how to play, victory is assured, but a few wrong moves can mean forfeiting a match is better than wasting your time trying to play it out. 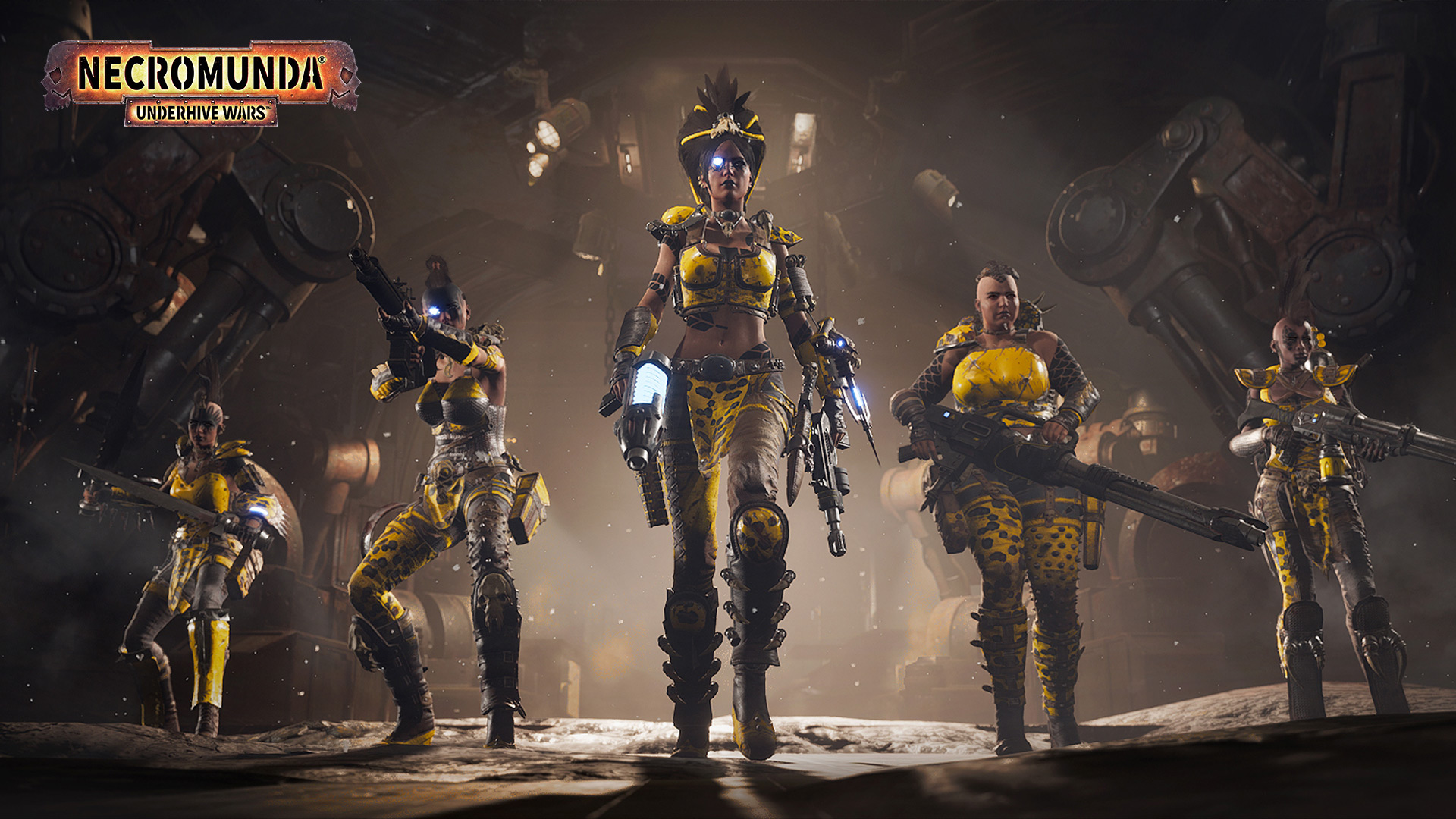 But when it's my turn, when I'm laying down my plan and leading foes into an ambush, this game feels really, very good. When everything falls into place, this game shines. Laying down traps to carrel enemies through chokepoints and then slowly picking them off one-by-one is incredible. You can have numerous traps and a lengthy list of buffs and debuffs you can apply on yourself and enemies that I can't even begin to describe. Some units will be able to buff allies, offering more strength of AP for their turn, while others can buff themselves, or sacrifice them MP for AP, allowing them to take more actions while they can. Again, a handful of wrong decisions can feel really punishing here, and those wrong decisions can come from nowhere since your enemy usually takes their turn just after you choose while the fighter you wish to control next. You can prepare all you want, but it only takes one turn for your plan to fall apart.

I think it's clear that I really like Necromunda: Underhive Wars, but this is one of those situations where a game has a clear issue and it hampers the entire experience. It is entirely understandable that the game would have a slow pace while playing multiplayer online with others, but while moving through the story mode some kind of option to speed up the AI wouldn't just be appreciated, it's essential to save the sanity of any prospective players, and how this hasn't been raised to the team before now is entirely mind-boggling - I want to storm the office and ask how no one had playtested it and raised this point. But long story short, Necromunda: Underhive Wars is a very good Warhammer-style strategy campaign, with pacing that would crush the patience of Gandhi.

Necromunda: Underhive Wars is a great strategy game, with pacing that leaves the entire experience marred. The slow crawl of progress is enough to drive you insane, but despite all of that, it's still a darn good time. If you have a lot of time free and enjoy Warhammer, this is a solid choice, but I'm praying we get an update with a game speed increase option - or a mod, for the PC version.