Naruto Shippuden Ultimate Ninja Storm 4 is soon going to be available on consoles and PC in all regions, but Bandai Namco and CyberConnect 2 are clearly not yet done with the game, as DLC packs will be released in the future. Earlier today, new details on part of the additional content that will be included in the first DLC pack have emerged online. 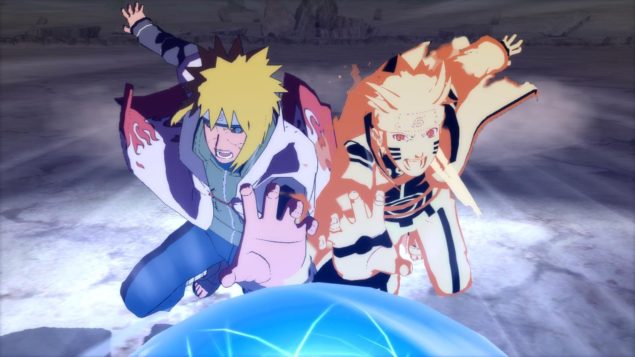 The latest issue of the Japanese magazine Shonen Jump has confirmed that the first DLC pack will also include an additional 3-hour long DLC scenario focused on Shikamaru. The scenario will be based on the official book focused on the character and it will take place two years after the Fourth Shinobi War. 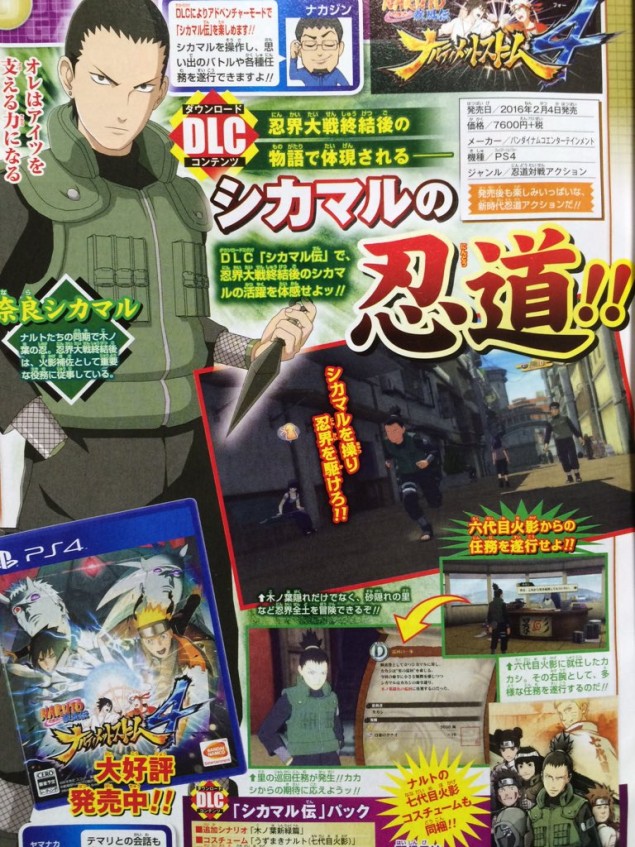 Last week more Naruto Shippuden Ultimate Ninja Storm 4 gameplay footage has surfaced online. The game's trailer from a few weeks back features Minato Namikaze as he takes on Six Paths Madara Uchiha with the help of Might Guy and Rock Lee.

Last month more details on the game's story mode have surfaced online thanks to a brief interview with CyberConnect 2 president Hiroshi Matsuyama. The Ultimate Ninja Storm 4 story mode will feature cuts taken from the anime, arranged as to fit the original scenarios of the game.

Naruto Shippuden Ultimate Ninja Storm 4 is setting out to be one of the best games based on the manga and anime series thanks to a huge character roster and plenty of interesting gameplay features.  If you want to learn more about the latest game from CyberConnect 2, you can check out our own review of the game.