I can’t say I’m exactly a huge Naruto fan, and as a result, going into Naruto Shippuden Ultimate Ninja Storm 4 (damn that’s a long title) I wasn’t expecting very much at all. A mindless button-masher is what I expected, and in one respect, the game delivered. In another, it blew away all of my expectations. NSUNS4 is actually a decent casual fighter, with loads of content, an absurd amount of characters and some very incredible pretty anime-style visuals. 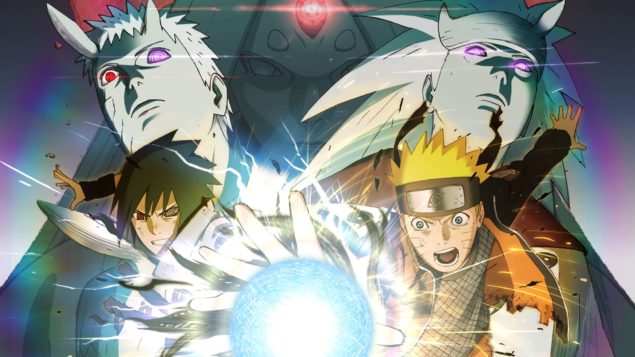 The story mode plays out simply enough – you select episodes which are strewn along an easily understandable timeline, which occasionally splits, allowing you to follow the story of different characters. Each episode lasts somewhere between five and twenty minutes, with each following a predictable cutscene-fight-cutscene-fight-cutscene format. I actually found the cutscenes oddly enticing and entertaining, despite not being a fan already. They’re well animated and fully voice acted, giving you plenty or necessary information so you can follow along, instead of simply giving you a list of spoilers before each episode.

The fights are, as you might expect, very, very flashy. Visually, it’s a feast. Special moves come equipped with mini-cutscene animations which look beautiful and gratifying but ultimately start becoming very familiar. The actual fighting is entertaining and exciting. You can charge directly at the enemy, throw shurikens for interrupting moves or charges, use a very basic single-button combo and combine your chakra (the Naruto series’ energy) with your attacks to unleash special moves, powerful dashes and more. If you find yourself in the middle of an inescapable combo you can substitute out, warping behind your opponent giving you a chance to counter attack. 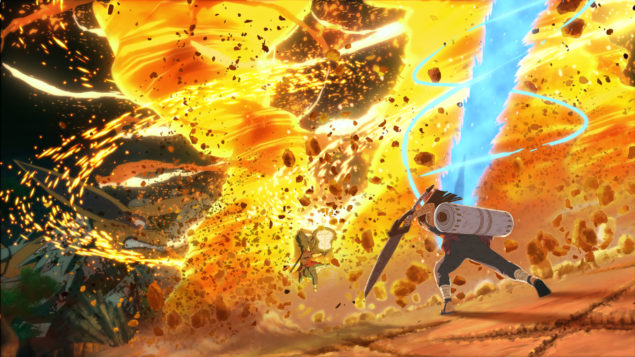 Other quirks of the series include the ability to swap your party leader out between your team of three, allowing you to continue your combos in a different style. All the characters play similarly, with minor variations among them – which only makes sense, honestly. The roster is massive and spans the entire Naruto series – I couldn’t say for certain, but I’m tempted to believe almost every notable Naruto character is here. Sure, some of these are the same character in different forms (Naruto is here, along with child Naruto, Sage Mode Naruto and yet another incarnation of Naruto) but all have their own individual quirks.

Balance doesn’t seem to be a word in CyberConnect2’s dictionary, however. It’s possibly a result of having such a diverse and massive cast, but it certainly feels like some characters just have an undeniable advantage. Specials attacks often have a single hit that needs to connect in order to activate – some of these are close-range, while others encompass nearly the entire stage. In one online bout I managed to spam my special attack three times consecutively, leaving my opponent pretty helpless to defend against the stage-wide hitboxes. The balance of the characters is one of the only downsides to an otherwise very competent and enjoyable brawler.

Away from the story mode fights, there’s the Adventure mode – in the older games you were able to walk around an overworld RPG-style to find your next fight; this has now been relegated to Adventure mode, offering a fun if not massive diversion. It’s one of those features that they could’ve left out entirely and still had a good game with Naruto Shippuden Ultimate Ninja Storm 4, but it’s here and Naruto fans will adore it. 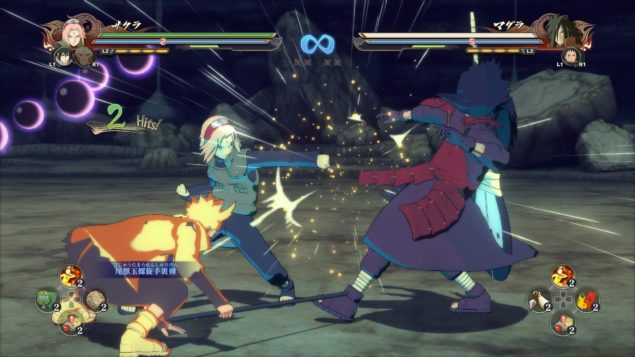 One feature I particularly enjoyed are special ending cutscenes that can be activated during a fight – using a special move to finish your opponent can trigger a special a significantly more epic-feeling scene where the characters have flashback’s to moments that gave them their conviction, reminders of why they fight. These are as satisfying to watch as they are to pull off – just one more reason Naruto fans are likely to adore Ultimate Ninja Storm 4.

But, as I said near the beginning of this review, Naruto Shippuden Ultimate Ninja Storm 4 is a casual fighter. There will never be any tournaments for this game, or at least none on a large scale. Sure, it’s competent at what it does, but there’s very little nuance or room for variety in the fighting style. As I’ve said, the game is flashy, visually beautiful, well voice acted, polish is pouring out of the game – but it’s going to be a game exclusively for fans of the series, with little reason for anyone on the outside to get involved.