The first DLC pack for Naruto Shippuden Ultimate Ninja Storm 4, the latest entry of the series developed by CyberConnect 2 now available in all regions on consoles and PC, has been released recently for Season Pass holders, allowing players to play through a brand new scenario focused on Shikamaru. CC2 and Bandai Namco aren't done with additional content for the latest game based on one of the most popular manga and anime series, and today more has been shared on the second DLC pack. 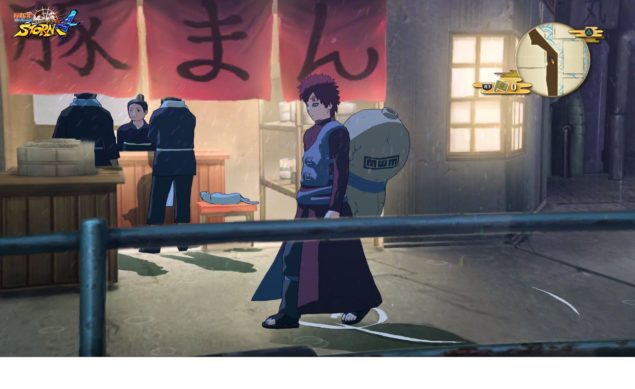 The next Naruto Shippuden Ultimate Ninja Storm 4 DLC pack will include yet another additional scenario focused on Gaara, as well as three new Combination Ultimate Jutsu techniques for Sasuke and Itachi, Lee, Neji and Tenten and Lee and Guy. Some new screenshots have also been released for the new Gaara scenario, and you can find them right below.

As mentioned above, the Naruto Shippuden Ultimate Ninja Storm 4 first DLC pack includes a new DLC scenario focused on Shikamaru. The new scenario is based on the official book starring the character set two years after the events of the Fourth Shinobi War. Other additional content included in the DLC pack include new Combination Ultimate Jutsu techniques, an additional costume for Naruto and more.

Naruto Shippuden Ultimate Ninja Storm 4 is now available in all regions on PC, PlayStation 4 and Xbox One. More on future additional content for the game will be coming soon so stay tuned for all the latest news on CyberConnect 2 latest title.