My Top 3 Surprises From CES 2019! Cooler Master, Radeon, and GeForce! 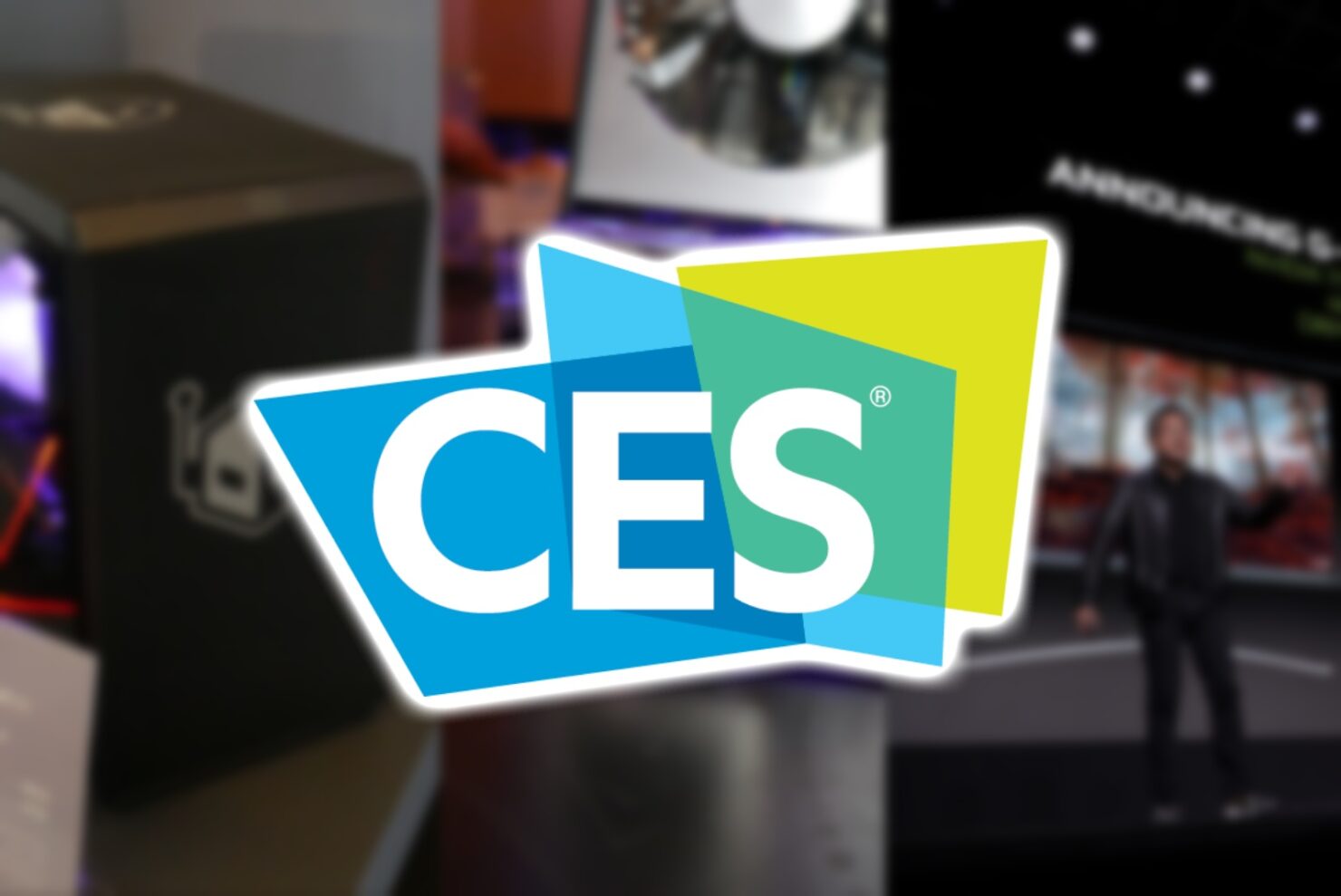 CES always brings some of the strangest things out for consumer technology.  CES 2019 was no exception, while the smart toilet was pretty high on the bizarre meter I'm focused in the PC Hardware and Gaming space so I'll stick to that area.  The last few years of going to CES have always resulted in me being surprised by something, but this year I decided to put together this short article and list of what surprised me the most and why.  Writing here for Wccftech and producing news videos on topics we cover leave me very seldom surprised by anything I see when attending, so when I'm surprised I find it to be a pretty big deal.  Now with that out of the way, what  surprised me?

Okay, I know what you're thinking on this one, how were you surprised by a simple case.  Easy, I expected it to suck.  No joke, when Cooler Master first messaged us about the Masterbox Q500L and wanted a copy of our logo to put on it I took a look at the Q300L and imagined it big enough to fit an ATX and the idea seemed stupid.  But, when I saw it in person and how compact it was while still laid out well for airflow and storage options I had to rescind my early judgement and got just a bit excited to see how it was worked out to be the same size as the Q300L but much more functional.  In fact I asked if I could take it with me and demanded it be released sooner.  I've wanted to shrink the footprint of my build so that I could take it to my living room easily and off to LAN parties, or just my brothers for the day, but not have to downsize my hardware.  The runner up here was the 240mm and 360mm single frame fans for radiators, that was pretty cool.

Initial reported made it seem pretty certain that we would be seeing Navi announced at CES and we wouldn't likely see a 7nm Vega based GPU for consumers, both of these were blown straight out of the water.  Not only did we NOT see Navi announced or even mentioned at CES 2019, we did see the launch of the worlds first consumer 7nm GPU, the Radeon VII.  Featuring Vega 20 with 60CUs and a generous helping of 16GB of HBM2 the Radeon VII also features the most intense air cooler since the Radeon HD7990.  But this time the triple fan air cooler is only responsible for the single Vega 20 package that is claiming to be a 25% performance uplift over the Radeon Vega 64 at the same power draw.  That's were the surprise pricing comes in, the 25% performance uplift comes in at $699 which is a 40% price increase over the non-limited edition Radeon Vega 64 SEP of $499.  The price lift is somewhat understandable with the doubling of VRAM and a move to a new 7nm process node, but with less Stream Processors than the Vega 64 it definitely stings a bit.  When the card launches and reviews are out, if it comes out faster than the RTX 2070 and Close enough overall to the RTX 2080 then it shouldn't be an issue.  Time will tell on that one, but for now I can definitely appreciate how good the card looks. 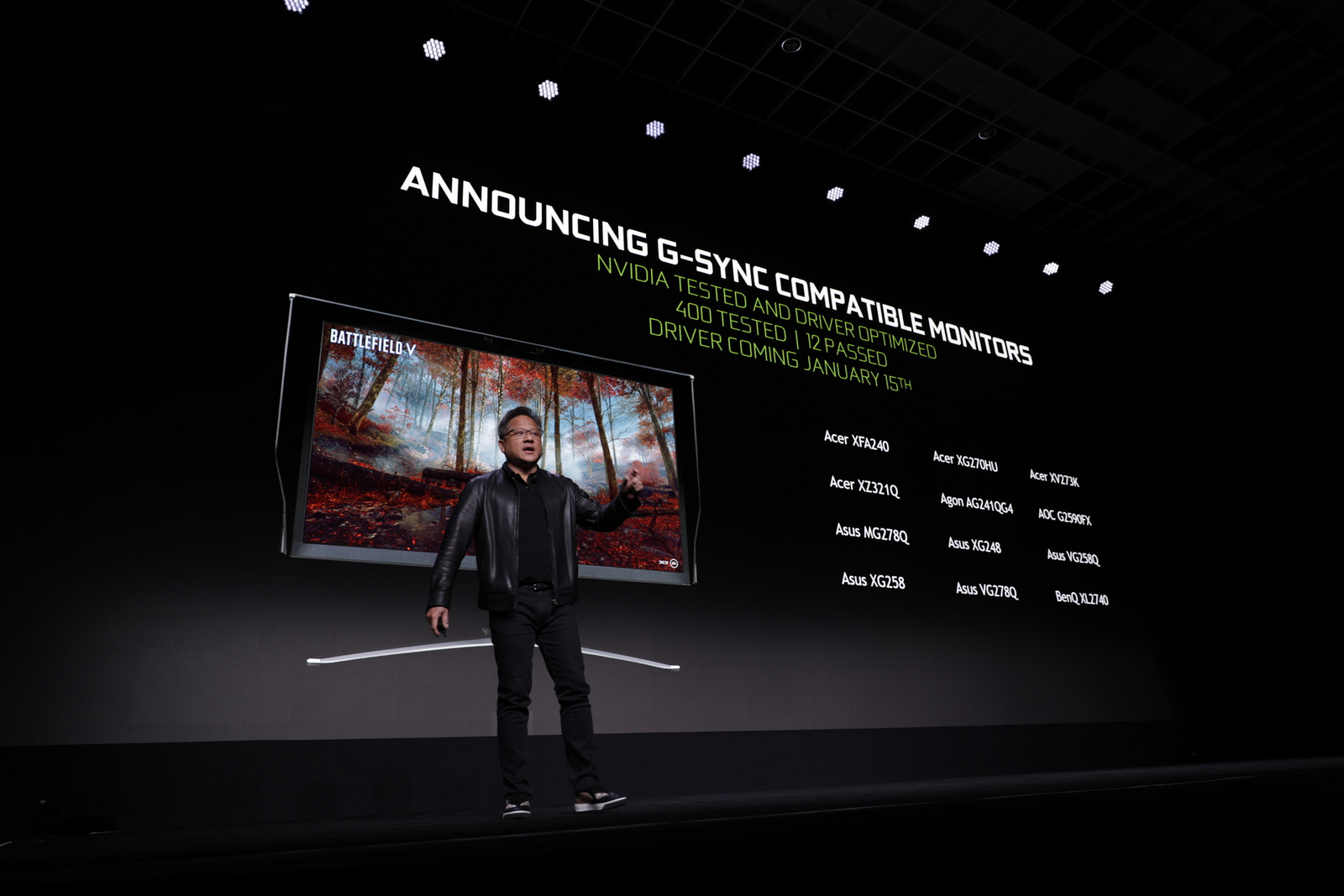 This came so far out of left field that it knocked me out of my seat.  NVIDIA GeForce cards supporting Adaptive Sync was not something I expected to hear at this years CES or EVER for that matter. They're being very bold in taking on this new market in the way they're looking at it.  They exhibit very little confidence in the vast amount of monitors and the lack of quality control they go through, but that's not stopping them from finding the ones good enough to put their name on with the G-SYNC  Compatible branding.  While some see this as a win for open standards and others see it as NVIDIA admitting defeat on the VRR front, I see it very differently.  While yes, it is a win for consumers who use a GTX 1050 card or greater, it's a pretty slick business move as well.  Think about it, they've added a checkbox to allow any Adaptive Sync monitor, connected via DP cable, to be able to be used with any GeForce GTX 1050 or greater (Pascal and Turing only for now) to see how it goes with their configuration.  The long standing argument of Radeon fans has been you can get the Radeon card and a Freesync monitor and the package is much more appealing, value wise, than a comparable priced GeForce card then the added expense of a G-SYNC monitor.  That argument holds no water anymore, unless you're wanting VRR over HDMI.  It's a pretty meticulous tactic that allowed NVIDIA to offer just one more leg up on their competition, and after the recent stock tumble it can't hurt the bottom line.

And that wraps it up, there was a lot to see and take in this past year at CES 2019.  With my surprises out of the way I'd love to hear what got you excited this year. Was it Graphics Cards? Monitors? Laptops? Or homicidal self driving cars with a penchant for running over robots? Sound off in the comment section below!