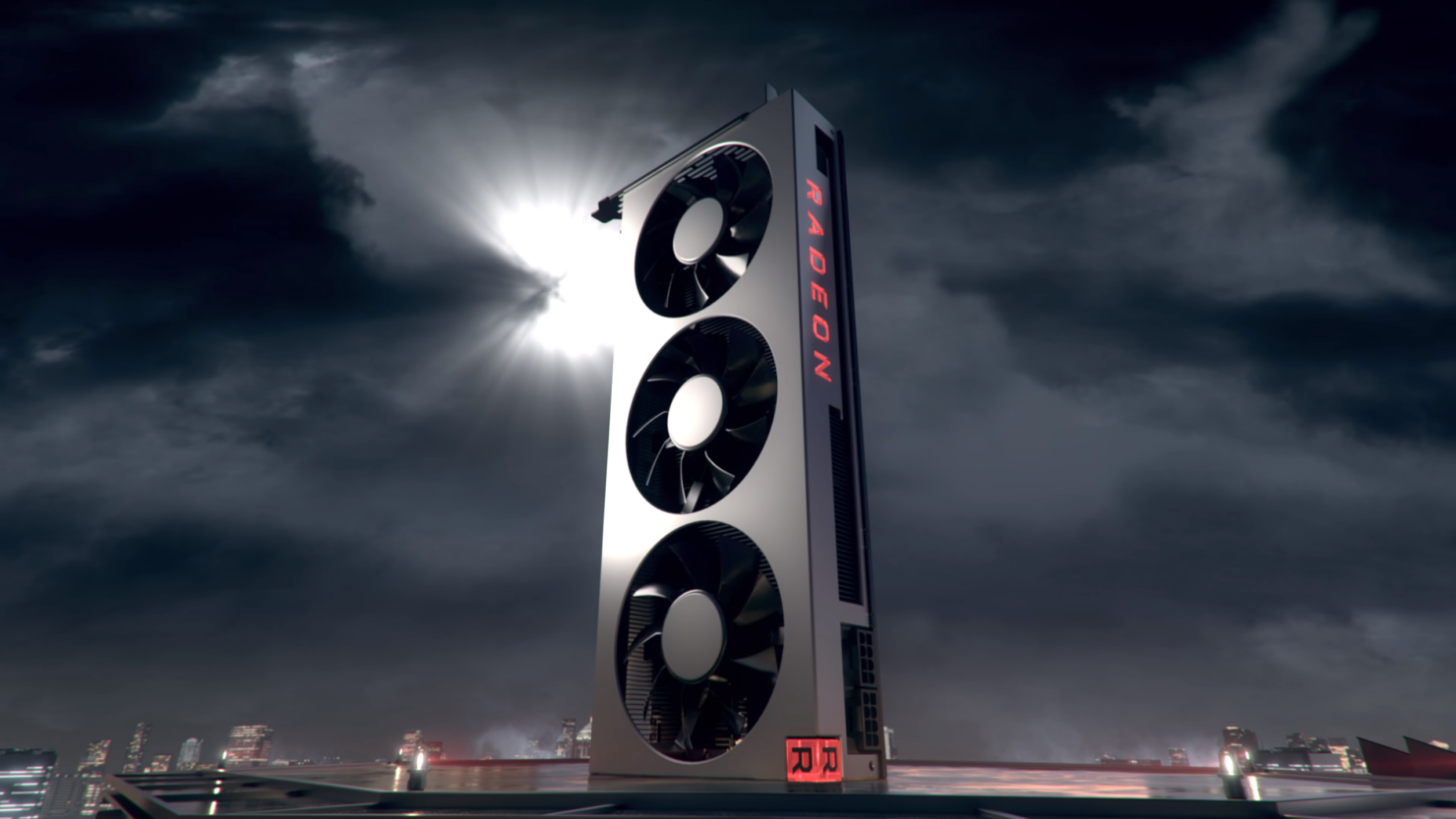 As I have been talking about for the last few weeks, AMD has just launched their next-generation 7nm GPU: the Vega for the consumers called the Radeon VII. I wasn't sure whether the VII stood for Vega II or 7 and it turns out it stands for 7 (the roman numerical 7). This was one of the last projects of Mike Rayfield as I discussed in my exclusive almost a month back.

I must admit that I did assume the VII would stand for Vega II but it actually stands for 7. All that said, this is a much-awaited comeback from AMD in the high-performance gaming market and the Radeon VII rocks 3840 stream processors capable of handling up to 1.8GHz in clock rates. This puts its theoretical compute capabilities at a solid 13.8 TFLOPs. The power requirement will remain the same as its predecessor.

The Radeon VII reference design rocks three fans on the shroud and looks like a beefed up Vega GPU. This is the 7nm Vega revealed at Computex last year, customized for the gaming/prosumer market. As far as performance goes, it looks like this is going to be an absolute beast because the rumors I heard last night was accurate.

Three games were tested including Battlefield V and Farcry 5 at 4K with maxed out settings and the Radeon VII beats out (according to the company's first-party benchmarks) the NVIDIA RTX 2080 in all APIs with the highest margin in Vulkan.

AMD's Radeon VII graphics card is the first consumer AMD GPU to net a solid 60 fps in maxed out 4k settings in Battlefield V and Farcry 5 and if these titles are any indication of the larger set, the company finally has a competitive 4K graphics card.

AMD has priced the graphics card very competitively at $699 and confirms that availability will be from February 7th (ie almost a month later). Its official folks, the company has (soft) launched the world's first 7nm gaming GPU. The pricing would also put pressure on NVIDIA's RTX lineup which has a typical MSRP of $799. The event is still going on and this article will be updated with more info as it becomes available.