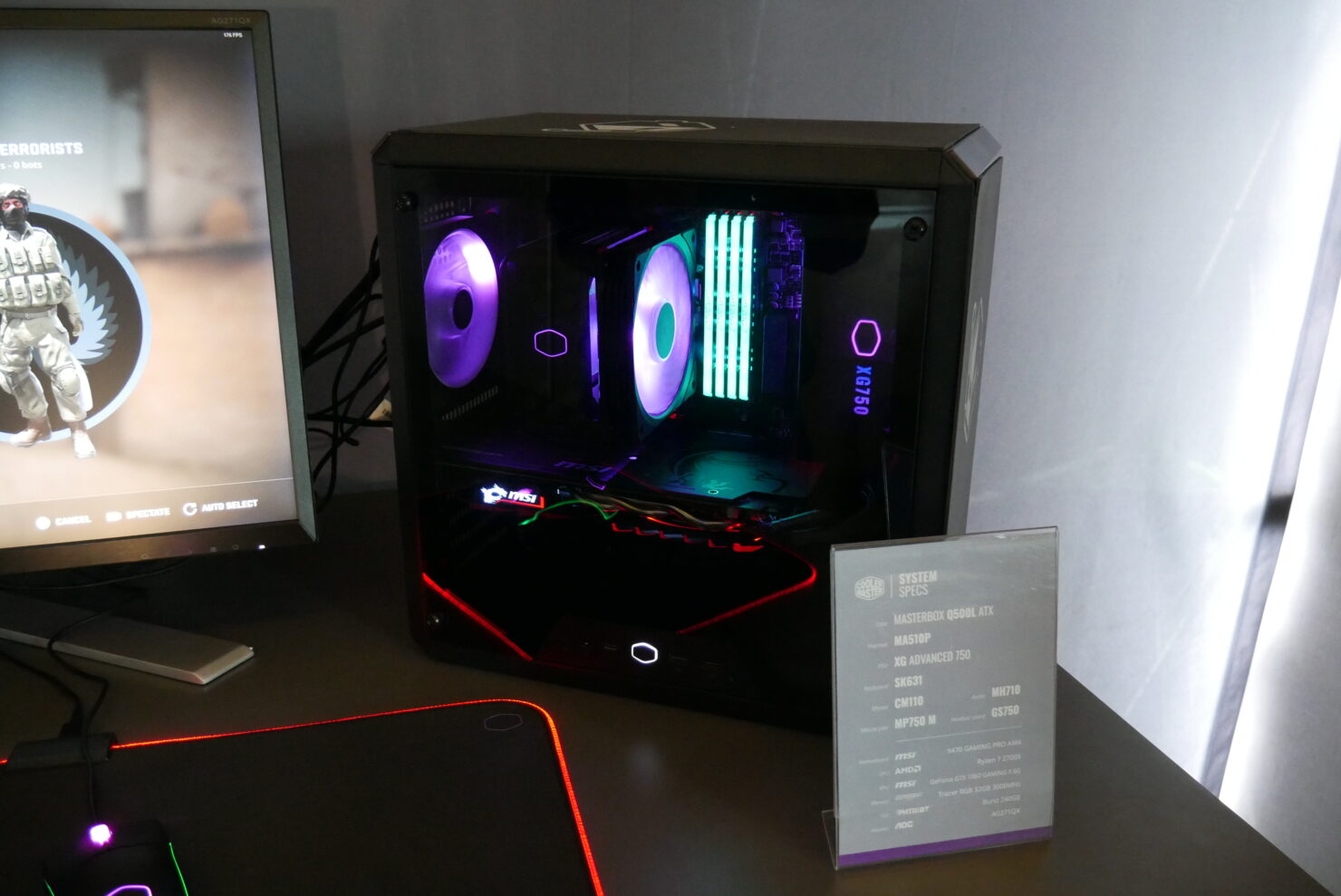 Ventured outside of the strip today at CES 2019 to visit Cooler Master and see what they had coming down the pipeline.  The real start of today is up at the front being the MasterBox Q500L and Q500P.  When Cooler Master first told me about these cases some time back I imagined how it would come together and look by checking out the Q300P and just could wrap my head around how they would make that accommodate a full ATX Motherboard.  But after spending some time looking it over today, I have to say they have a real winner on their hands.  If they can deliver on not only the case but the potential upgrade parts then this is one case I'll be all over.

The MasterBox Q500L applies all of the versatile features of the Q series, but with the capability of supporting a standard ATX motherboard. With the same exterior dimensions as the MasterBox Q300L, support for a standard ATX motherboard in the Q500L was made possible by positioning the PSU in the front of the chassis instead of the base. The movable I/O panel and support for vertical or horizontal orientations, seen across the entire Q series, are also featured on the MasterBox Q500L. With the exterior fully perforated, and covered by a magnetic dust filter, the Q500L offers plenty of airflow for various cooling configurations.

The MasterBox Q500P will be released as a more premium aesthetic version in the Q500 series. Similar to the Q500L, the Q500P will maintain the external dimensions of the Q series, but with the capability of supporting a standard ATX motherboard. Additional proposed features include a tempered glass side panel and an upgraded I/O panel.

A fully perforated chassis offers a high potential for thermal performance and also supports a wide range of optional fan configurations. For aesthetic harmony, the MasterBox Q300L TUF allows users to assemble their system with a full lineup of TUF components.