Murdered Soul Suspect Reviews Come Pouring In, The Game Is Pronounced Dead on the Scene

Murdered Soul Suspect is a game that really didn't stand much hope, its release was over shadowed by the release of Watch Dogs and due to the lack of marketing around the game until the time of release drew closer. There are currently mixed rumors that Airtight Games, the developer may or may not be shut down right now. One thing is for sure though, the game is currently going through a LOT of mixed reviews right now. 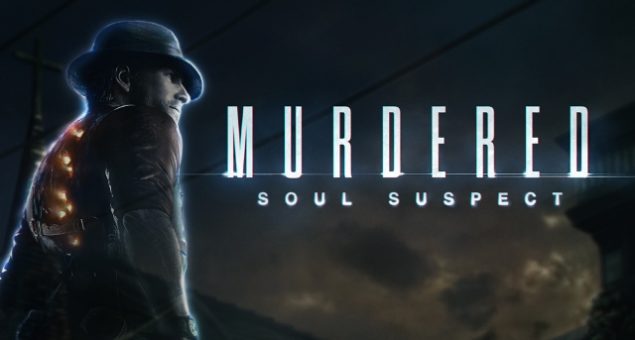 The game is currently having its reviews pour in from all corners of the internet, but the prominent and mainstream sites have announced the time of death on the game and given it a bad score with a lot of criticism held on it. While more reviews are coming in and are praising the game there are still sites who call the game bad. This is Beyond: Two Souls redux, this is one of those games that will have to be played and the player will have to be the best judge of the game. Even though this means that the likelihood of us seeing a sequel is now almost nil, we can still hope that the genre doesn't stay dead.

Here are some of the reviews gathered from the internet, Thanks to Gaf for collecting all the reviews and summaries, I am also moving along in the thread and updating reviews as they come which may or may not be in the OP:

They played the PC version and state:

The game welcomes with a "Press start" even if there's no joypad plugged, it is not possible to rebind K+M controls and the V-Sync caps the frame-rate at 30 FPS. For the rest the PC version is pretty solid.) This is courtesy of the author of the review.

These are all the reviews that are in the thread at the time of posting this review, as you can see the reception that the game is getting is something you should really want to explore yourself, Beyond: Two Souls and many other games have gone through the same level of scrutiny for their approaches to story telling but this is the best case to give when we say the phrase "to each, his own", don't let the reviews of the game fool you, you should try the game out for yourself by borrowing it from a friend, renting it or anything else and see if the game is worth it for you. I do look forward in doing the same myself but do hope that I won't be disappointed. According to the reviews, the game has about a dozen hours in game play time, so if you are looking to get into it then this is one thing for you to keep in mind.

What do you guys think? I personally will say to take these reviews with a pinch of salt and don't let these judgements be the end, you should definitely try the game out for yourself.