Murdered: Soul Suspect is yet another curious new IP that dawned its head a few months ago, went off the radar and later on would resurface in the recent days with a new twist to the evidence, while the game was always teased in bits and pieces, Square Enix has finally blown the cover off this mysterious game and gives us a proper look at the game. The trailer shows us a sleuth who loses his first fight, gets thrown out a window and lives to see his own killer put 7 shots into his body. 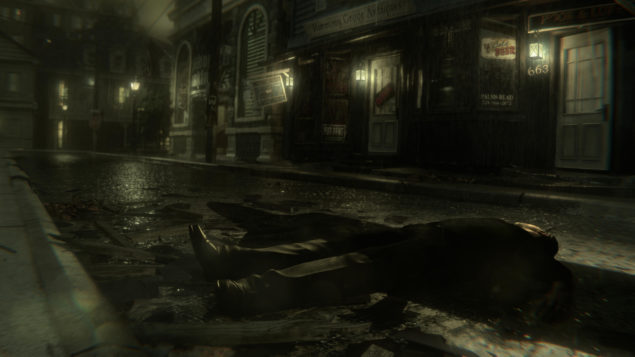 Murdered: Soul Suspect is a mysterious game that is some what similar to Ghost Trick: Phantom Detective on the Nintendo DS, you play as a dead man and have to go on a long and treacherous journey to uncover your killer and their motive for bringing you down, Players will dawn the Fedora of Ronan O' Connor, a detective who is brutally murdered by a mysterious cloaked figure and is now stuck in a state of Limbo, in a world called "Dusk" where he will use supernatural abilities to uncover the truth of not only his death, his killer and the motive behind his death but also will talk to the Ghosts of Salem.

if the game is as rich, intriguing and as interactive as Ghost Trick: Phantom Detective on the Nintendo DS, I can see this game having a bright future. Although placing this game for the current generation (Xbox 360 and PlayStation 3) is a bit of a mistake, they should have had made the game for the next generation or made it cross-generation. If the previous evidence were any indication then the game will definitely have a 2014 release date.

The trailer comes with an interesting description that helped kickstart the games tease, "The hardest case to solve is your own"

A full Press Release of the game is below:

MURDERED: SOUL SUSPECT sees players take the role of Ronan O’Connor, a detective with a checkered past, whose life is brought to an untimely end by a brutal and relentless killer. Unable to move on and stuck in the limbo world of Dusk, he won’t find peace until he can bring his killer to justice from the afterlife.

Using his new-found supernatural abilities, Ronan is free to explore the town of Salem, Massachusetts, from his shadowy afterlife. Unable to communicate with the detectives on his case, Ronan must read the minds of the living, influencing their thoughts and actions. As part of his investigation, he must interrogate the ghosts of Salem’s past citizens to piece together the puzzle, while battling demonic spirits to save his soul and uncover the shocking truth about who is responsible for his death.

What do you think of Murdered: Soul Suspect? I personally find it fascinating and look forward to a full reveal at E3.