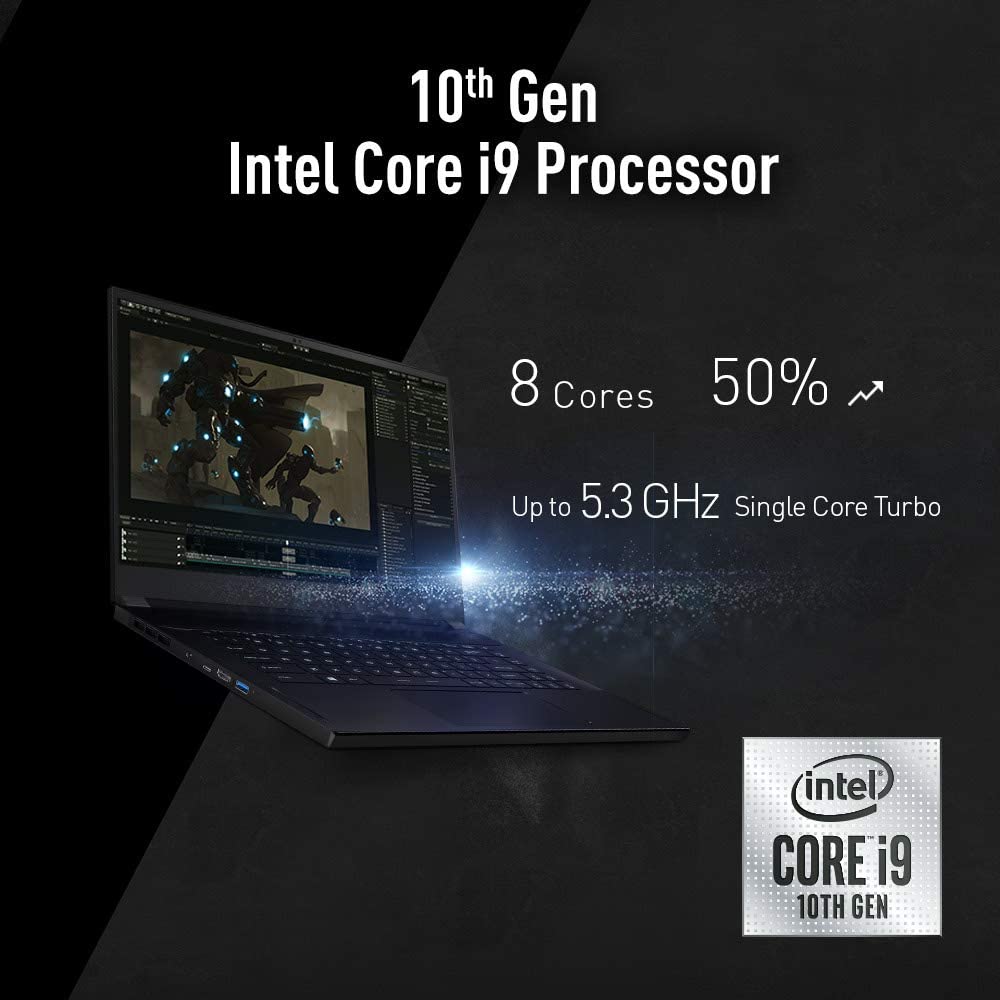 We have seen some impressive & high-end notebooks which will be supporting Intel's 10th Gen Core CPUs and NVIDIA's GeForce RTX 20 SUPER GPUs. Another configuration, well this time from MSI, has leaked out by Videocardz (via Momomo_US) and it's as insane as notebooks can get in 2020. The particular model from MSI, the Stealth GS66, will feature various configurations but the one we are going to talk about is the flagship model with the Core i9-10980HK CPU & the GeForce RTX 2080 SUPER GPU.

Being announced this week, Intel and NVIDIA would unveil their next-generation notebook chips which would go on to power some of the most powerful gaming & enthusiast-grade notebooks ever made. NVIDIA's GeForce RTX SUPER lineup would also power AMD's Ryzen 4000H notebooks but while AMD's platform is highly disruptive in the notebook segment on its own terms, it's Intel's CPU based notebooks that will house the most impressive notebook GPUs of 2020.

According to Videocardz, the top-model from MSI in its Stealth GS66 lineup, the GS66 10SGS, will feature the Intel Core i9-10980HK and the NVIDIA RTX 2080 SUPER Max-Q discrete graphics card. The Stealth GS66 series would come in a 15.6" design, featuring a stunning matte black finish and a super-thin design which is impressive for the level of hardware it features inside. All models would feature an IPS panel with the high-end variants supporting up to 300 Hz refresh rates while the entry-level of these models would feature a 240 Hz refresh rate.

In terms of storage, you would get up to 2 TB of NVMe (SSD), up to 32 GB DDR4 (2666) memory, Dynaudio Dui Wave 2*2W speakers, Killer E3100 Gigabit + Killer Wifi6 AX1650 LAN & a massive range of I/O ports on the sides. The laptops would also feature MSI's new CoolerBoost Trinity design which includes 6 internal copper heat pipes and a triple fan design inside the chassis. It would be really interesting to see the thermal and noise performance of this enthusiast-grade notebook. The rest of the specifications are listed as follows.

The NVIDIA GeForce RTX 2080 SUPER Notebook will be the fastest notebook discrete graphics chip ever built. Featured only in the most expensive and enthusiast-grade notebooks, the GeForce RTX 2080 SUPER notebook would carry the TU104 GPU core based on the 12nm FinFET process. NVIDIA is pushing out the full 48 SM part with 3072 CUDA cores, 8 GB of GDDR6 memory and a 256-bit bus on this chip. The memory would be clocked at 14 Gbps which is the same as the desktop RTX 2080 although not the RTX 2080 SUPER which has its GDDR6 memory clocking in at 15.5 Gbps speeds.

The graphics card will deliver 448 GB/s of bandwidth on a mobility platform but with top-notch performance, you'd also expect huge power consumption which is made apparent from its 150 Watt TGP. The graphics chip would feature a 1365 MHz base clock and some performance figures of the RTX 2080 SUPER standard and Max-Q variant have been reported by Rogame too which you can see below:

You are looking at up to 10% and an average 7.5% difference between the 150W standard and the 80W Max-Q variant. It is really impressive to see that you get around the same performance from the Max-Q variant with almost half the TGP.

As you can tell by the specifications, this is as high-end as gaming notebooks can get in 2020. But at the same time, you will also be paying more than twice as much money as an AMD Ryzen 4000 powered notebook with this particular Intel CPU based model set to cost around $4500 US as per the listing on the online retailer ShopOnline (32,999 HKD). The RTX 2070 and Core i7-10750H model comes around $2500 US while the rest of the configurations along with their prices have been listed above.

The Intel & NVIDIA combo reigns supreme until either AMD gets more powerful GPUs down the line in its own notebook segment or Intel's discrete GPUs start tackling NVIDIA on the high-end which doesn't seem likely, at least within this year. With that said, AMD's answer to the Comet Lake-H is already out in the form of Ryzen 4000 H-series which are available in some fantastic options so it's up to Intel now to showcase whether they can retain its notebook segment lead in the mainstream and performance segment versus AMD's 7nm lineup.