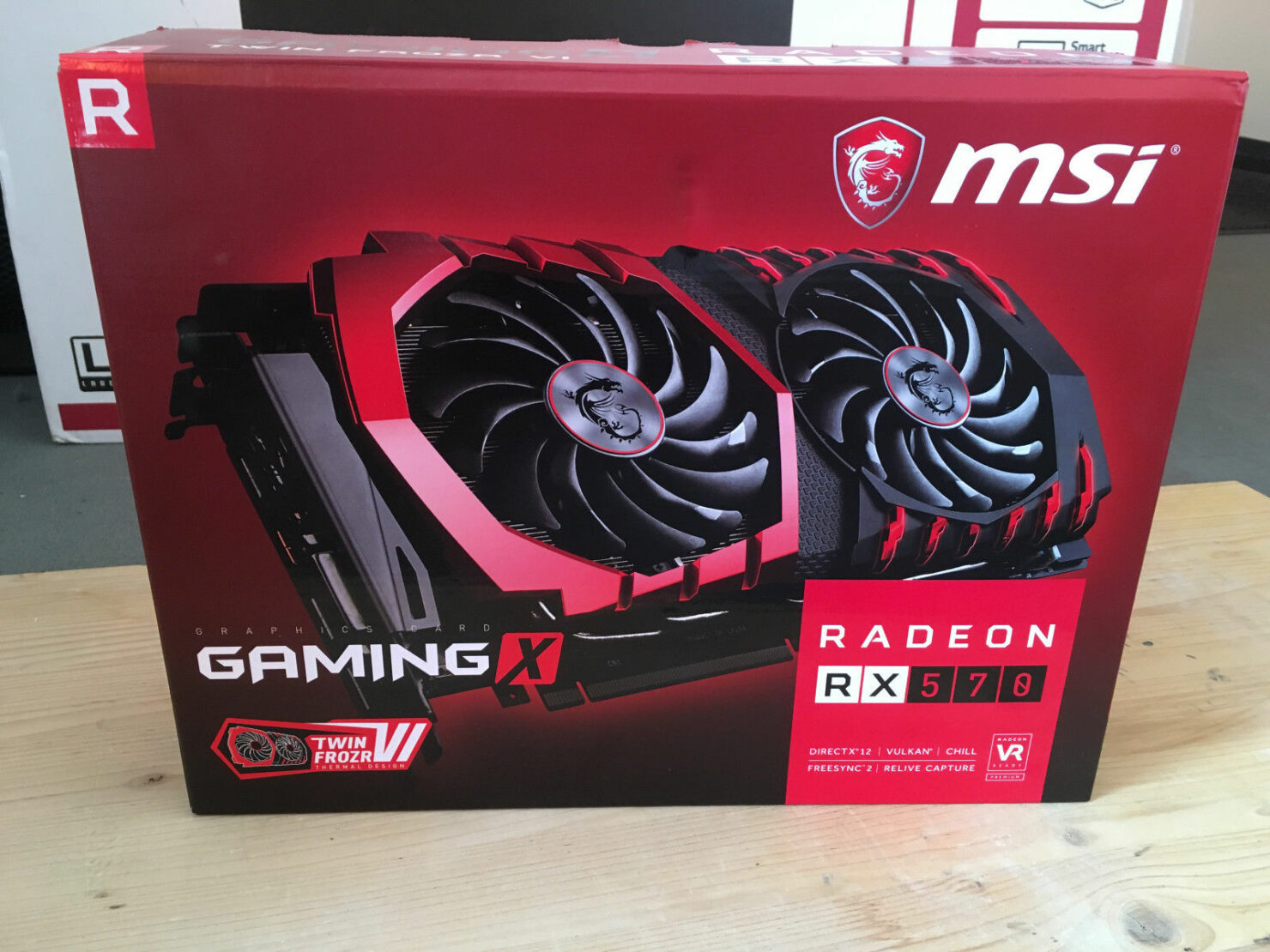 It looks like AMD's Radeon RX 580 and Radeon RX 570 cards are already in the hands of many users. One of them has even put a Radeon RX 570 on sale on eBay which is no surprise given all the leaks that are happening right now.

The card being sold on eBay for the price of $380 US is MSI's Radeon RX 580 Gaming X. This card utilizes a fully custom design, featuring MSI's Twin Frozr VI cooling solution. The card is cooled by a thick aluminium fin block which comes with multiple 8mm copper heat pipes. The heapipes are directly connected with a wide area GPU baseplate that makes use of a premium thermal compound for efficient heat dissipation. 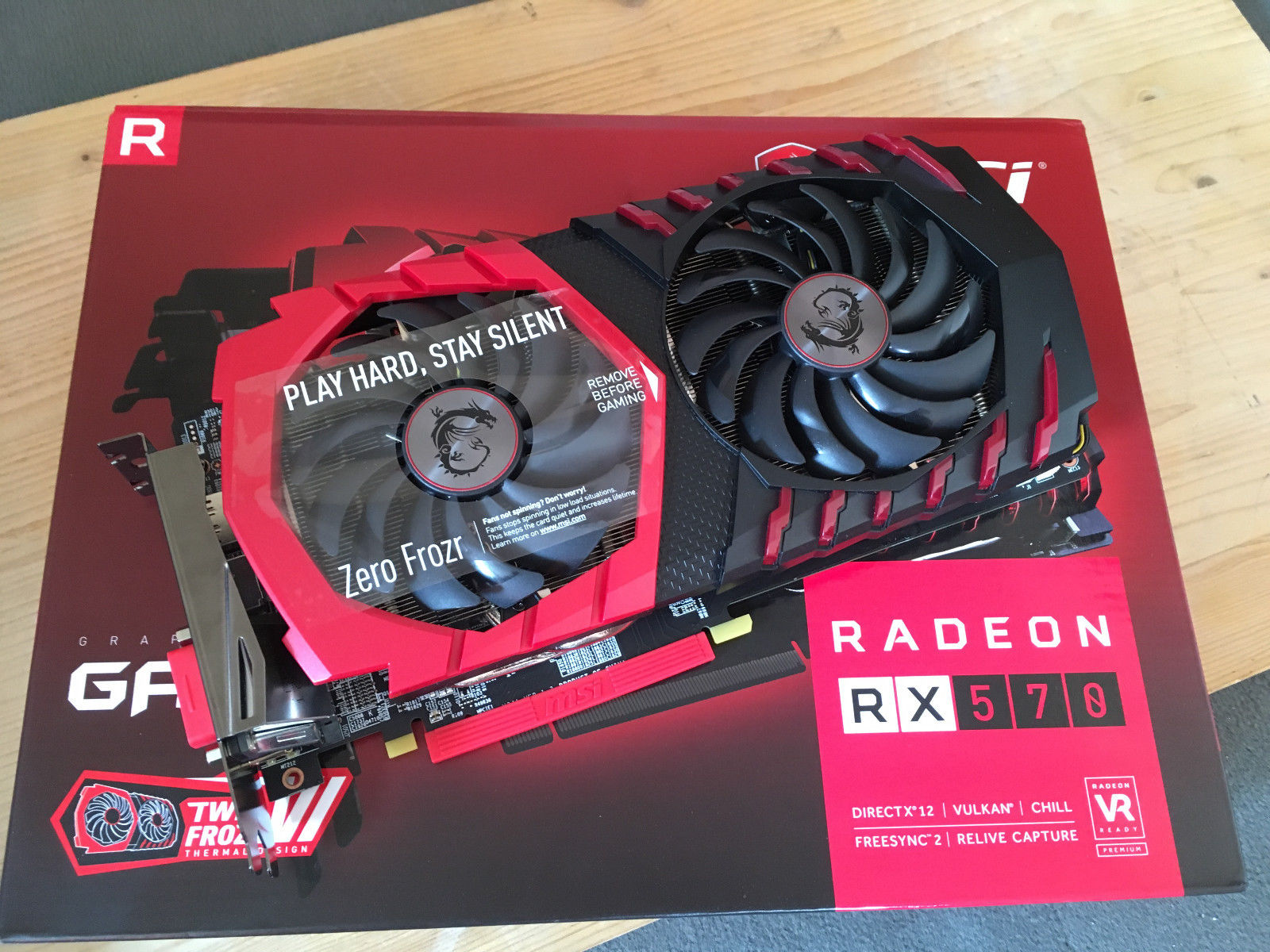 The cooling is provided by dual Torx 2.0 fans that come with dispersion fan blades and double ball bearings. These extend the cooling airflow and deliver low noise output even under intense loads. Furthermore, MSI’s ZeroFrozr technology is onboard which means that the fans won’t spin unless temperatures hit beyond 60C (Degrees). MSI also features an anti-bending plate to support the PCB alongside a PCB backplate. The top shroud has LED functionality allowing you to change the colors of the MSI logo on the side of the card.

The higher clock speeds are a great addition but users can also manually overclock their cards since this packs an enthusiast class PCB design. The card will probably pack a 6+2  phase PCB that includes Hi-C CAPs, super ferrite chokes and Japanese solid caps. The card will be powered by an 8+6 pin connector configuration. The asking price of US $380 is a bit high since it will be available for much less at launch.

If the red theme on MSI isn't your thing, then you should be excited to hear that ASUS is also preparing ROG STRIX variants. Both the Radeon RX 580 and RX 570 ROG STRIX have been pictured over at Videocardz. It seems like ASUS will be offering the triple fan DirectCU III on their STRIX RX 580 while the STRIX RX 570 will receive a dual fan solution. 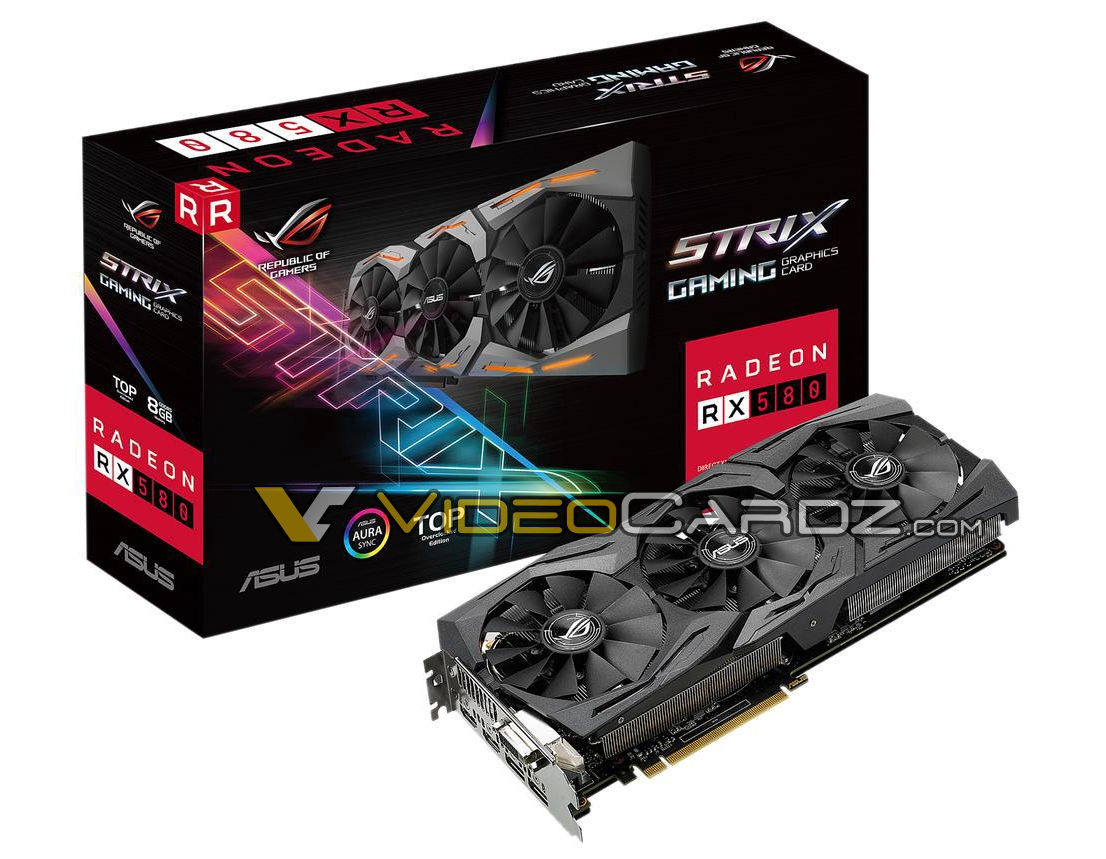 The ASUS STRIX RX 580 comes with a beefy, triple fan cooler. This is ASUS’s latest DirectCU III cooling system that combines Super Alloy Power II components. These deliver the best stability and overclocking results under any circumstance. The card is further built in ASUS’s industry-leading Auto-Extreme process which ensures the best quality for graphics cards.

ASUS’s two and a half slot behemoth comes with ASUS AURA RGB LED support and features a fully custom PCB with a 6 phase Super Alloy Power II design. Clock speeds are configured for two modes, gaming and overclock. The card will be available in three variants of which TOP variant will feature the highest factory overclock. Finally, we have the STRIX RX 570 with a dual fan cooling solution. The card pictures can be seen below:

It's been some time since I last covered a HIS graphics card but I am glad they are still in action. The card covered by Videocardz is the Radeon RX 570 IceQ X2 which is very similar to the Radeon RX 400 IceQ X2 series we got to see last year. The card features a new black colored shroud that uses two fans colored in blue to cool the under lying heatsink. The card is powered by a single 8-pin connector and would benefit from higher clock rates to deliver increased performance gains.

The card is expected to feature a moderate factory overclock. This leaves plenty of headroom for users to tinker around with as new Polaris cards are more optimized to support higher clock speeds. AMD is also calling it their 3rd generation FinFET product so we should expect some power efficiency gains too. AMD's Radeon RX 500 series cards launch on 18th of April so those of you planning to grab a Radeon RX 400 GPU better hold out for a few more days.