MSI will soon be expanding its B550 motherboard lineup with two new high-end products for the AMD Ryzen Desktop CPU family. The lineup has so far received products in the MAG, MPG, and the PRO segments but MSI will be adding its enthusiast-class MEG products too in the form of the B550 Unify and the B550 Unify-X.

We have also got a word from our sources that both of these motherboards will feature a highly aggressive design that is targeted for overclocking on AMD's next-generation Ryzen Desktop CPUs codenamed Vermeer which hit store shelves later this year. The Unify series is also designed with a non-RGB and pure-black design which looks great. With that said, let's take a look at what the MSI B550 Unify series motherboards have to offer in terms of specifications.

Coming to the specifications, we first have the higher-end MEG B550 Unify-X motherboard. This is going to retail at a price of around $299 US which puts it in the premium category considering that it is based on the B550 chipset. Talking about the features, the AM4 CPU on the board is powered by a 14+2+1 direct power design which makes use of 90A power stages. Two 8-pin connectors are used to route power to the VRM and the socket. Everything about this motherboard screams high-end from its extreme VRM design to its server-grade 2oz copper PCB which is made up of 6 layers. 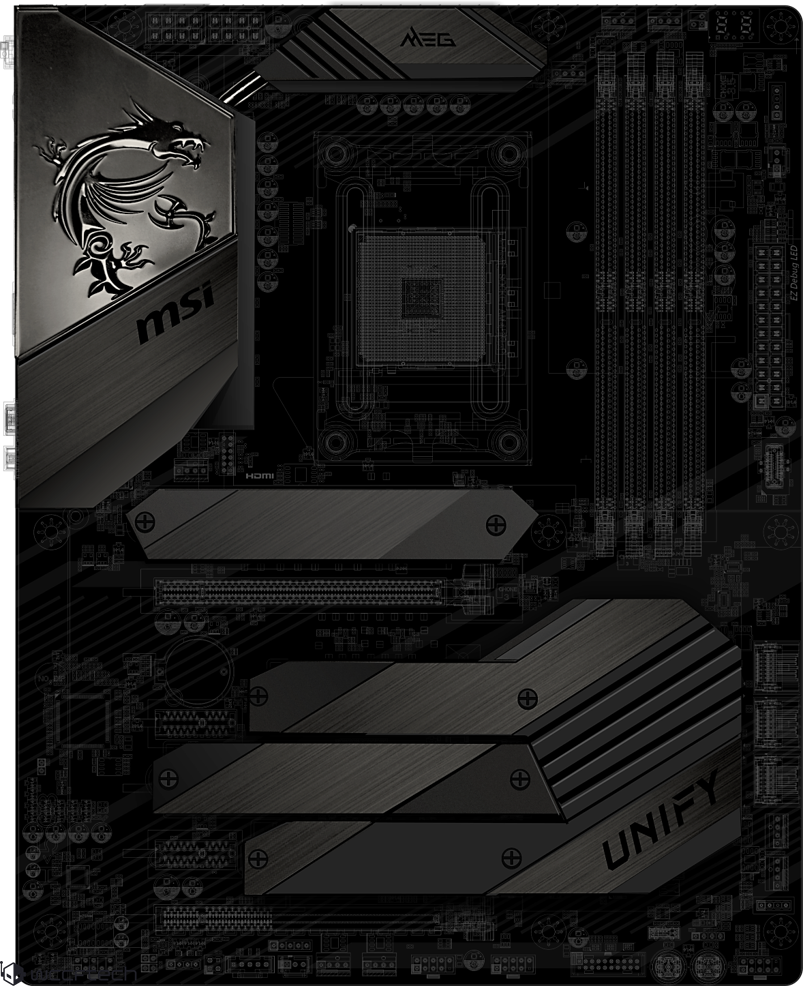 MSI is targetting this motherboard at overclockers which is apparent from its 2 DIMM design. You can expect the motherboard to feature support for the fastest DDR4 DIMMs out in the market but also expect to gain much more performance out of them with overclocks. To cool the VRMs, MSI is using a dual heatsink block design with an aluminum cover. The heatsinks are interconnected with a heat pipe that channels heat equally around the heatsinks so they can be cooled off from airflow within the case. 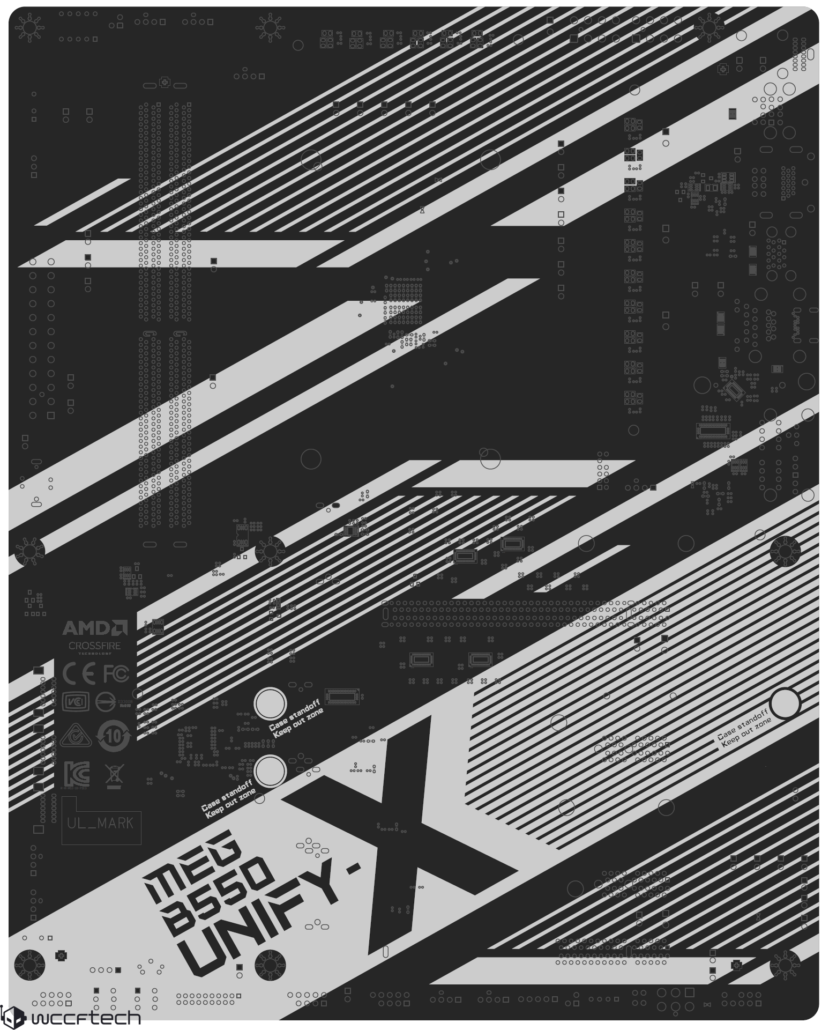 The MSI MEG B550 Unify retains all the features of the X model but comes in at a lower price point of around $279 US. The reason is that the motherboard will make use of four DIMMs instead of the 2 DIMM design on the 'X' variant. The 'X' variant is more fine-tuned for overclockers and hence will have a slightly higher price. 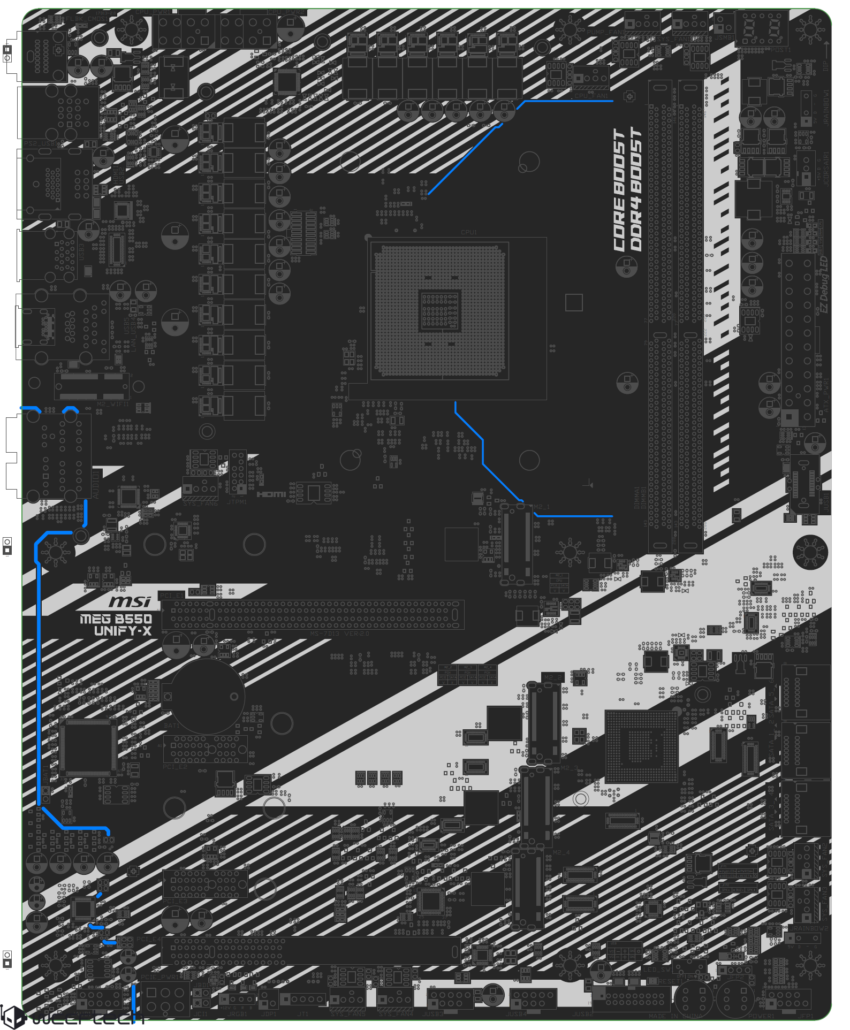 With that said, the MEG B550 Unify looks like an exceptional product in the high-end B550 board segment. Expect more details from MSI in the coming month as the B550 Unify series is expected to launch in a September/October time-frame.