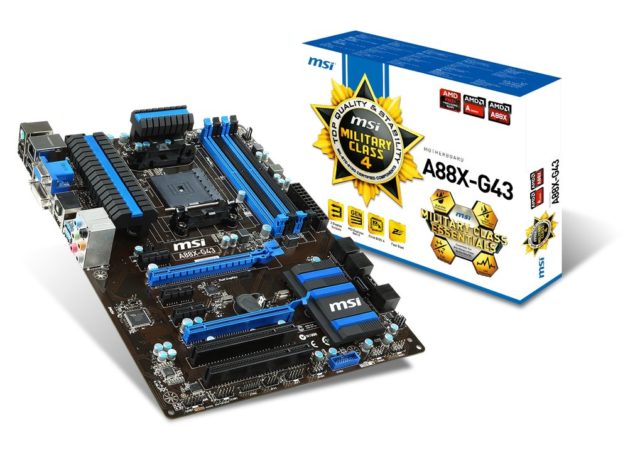 The 'Bolton D4' A88X chipset based MSI A88X-G43 motherboard features the latest Military Class IV components and a 6+2 Phase PWM with OC Certified components that offer top quality and stability to users. The MSI A88X-G43 comes with the socket FM2+ which supports both Richland/Trinity and Kaveri APUs. Power is supplied by an 8-Pin connector while the PWM and A88X PCH sit beneath large heatsink blocks that offer cooling. The A88X-G43 features the blue and black color design which MSI has been using since some time now on their motherboards. 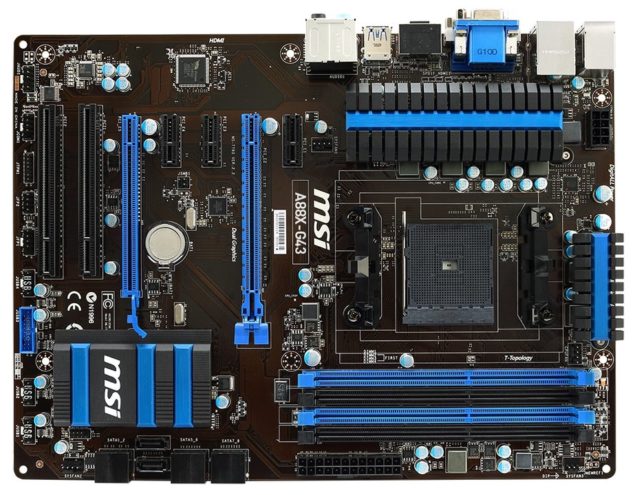 The MSI A88X-G43 would be available at an MSRP of 85 Euros at launch and the other motherboards would retail at a little lesser price than that. While the G43 would remain the flagship at launch, we still believe that MSI will release a GD65 variant in the future. Like already known, the Kaveri APUs won't be available at launch of the new A88X chipset motherboard since they are planned for arrival in late 2013 (Q4). For more information regarding Kaveri APUs, visit this page. You can also see Gigabyte, ASUS, ASRock, Biostar A88X Chipset motherboard lineups in the following links: