AMD has announced the Athlon X4 860K and FX-8300 processors on their booth at Chinajoy 2014. The event held in mainland China gives opportunities to several PC hardware companies to showcase their upcoming and latest products. The Athlon X4 860K is the flagship Athlon processor replacing the Athlon X4 760K while the FX-8300 for the Chinese market since it was already available. 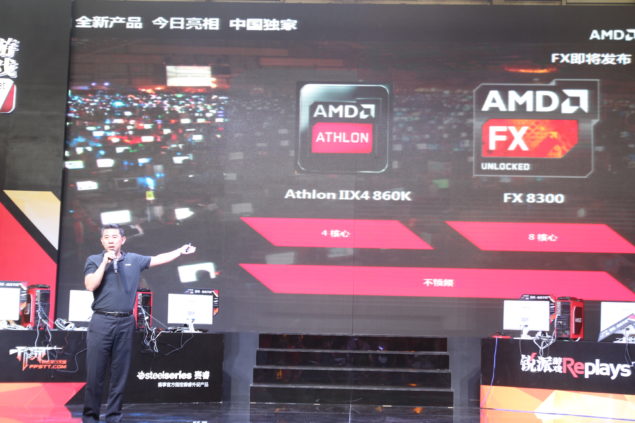 The new processors are aimed at the FM2+ and AM3+ platforms, the Athlon chip will be the fastest Athlon series processor in AMD's lineup while the FX-8300 is a 95W chip with a sub-$150 price. Just yesterday, we also revealed that AMD has two other Athlon processors which have been listed are the Athlon X4 840 and Athlon X2 450.The Athlon X4 840 is a quad core processor featuring a 3.4 GHz clock speed, 2 MB L2 cache, 95W TDP while the Athlon X2 450 is a dual core steamroller based processor of which details are not known at the moment.

The FX-8300 on the other hand is an old processor launched in the Chinese market featuring 8 Cores, 8 Threads, 3.3 GHz clock speed, 4.2 GHz boost clock, 8 MB L3 Cache and a 95W TDP compared to 125W on the FX-8350 that is the flagship Vishera SKU. The chip will be compatible with any AM3+ socketed motherboard and we expect to see two more FX processors in late Q3 2014 which will include the FX-8370 and FX-8320E. Prices for the processors are not known at the moment but sub-$150 range for these are expected. Along with the processors, AMD will also introduce a new Never Settle promotion exclusive to China which will digital currency in three titles which include DOTA 2 since that is one of the popular titles played in the region. You can check out the specifications of AMD's upcoming Athlon and upcoming Kaveri APUs below: 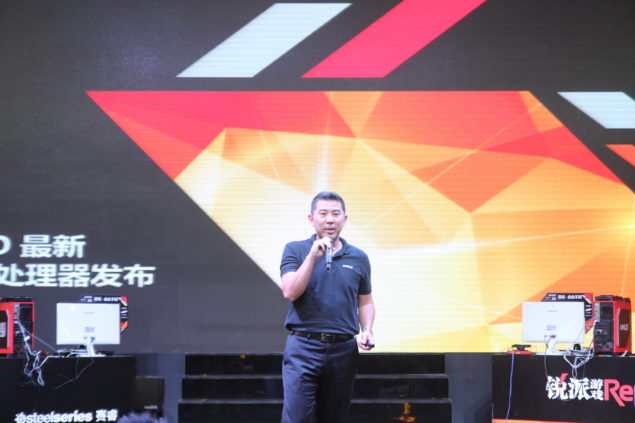 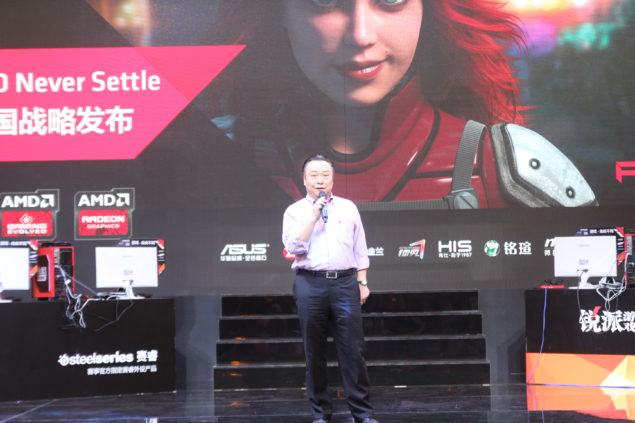 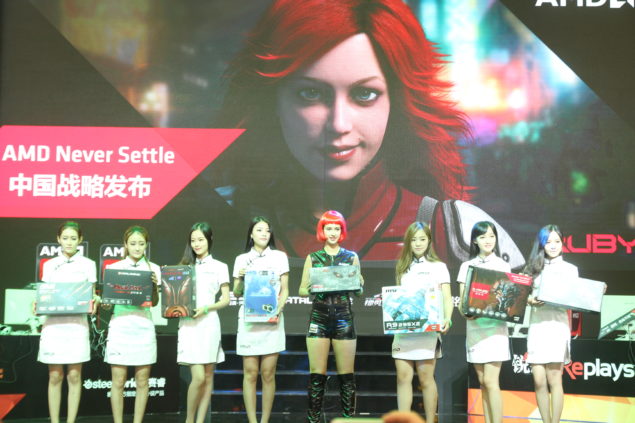 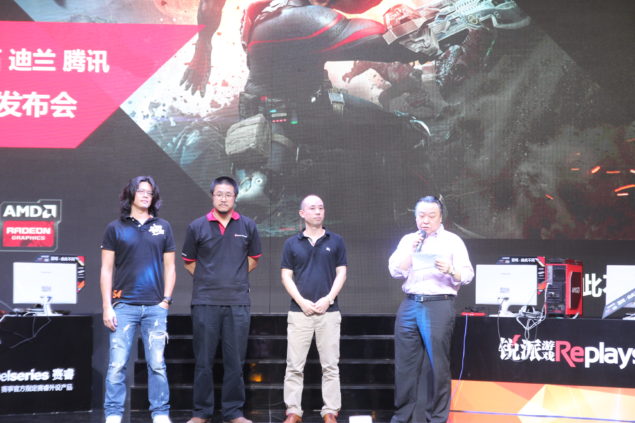