The entire lineup features the ASUS's legacy gold and black color theme which was recently introduced on their Z87 motherboards. The A88X-Pro has the most strongest cooling design with three sets of heatsinks on the PCH and PWM design while being interconnected with a heatpipe solution. Rest of the ASUS FM2+ motherboards also feature heatsink cooling but are cut out due to being entry level parts. Storage includes 6 SATA 6 Gbps ports and expansion slots exists in the form of three PCI-e 3.0 x16, two PCI-e 3.0 x1 and two legacy PCI slots. I/O on ASUS's A88X-Pro includes 8 USB 3.0 ports, 10 USB 2.0 ports, Gigabit Ethernet, e-SATA 6 Gbps, 8 Channel audio jack with the ALC1150 chip, DVI, HDMI, Display port and a VGA connector.

The A88XM-A features the A88X chipset and a 3+2 Phase PWM supply that is powered through a 4-Pin connector providing juice to the FM2+ socket. There are four DDR3 DIMM slots on the motherboard which support memory with frequencies of upto 2133 MHz and 64 GB capacity. The motherboard features an DiGi+ VRM with solid state capacitors to provide greater stability and efficiency. For storage, the motherboard offers six SATA 6 Gbps ports while expansion slots include one PCI-e 3.0 x16, PCI-e 3.0 x1 and a legacy PCI slot. The I/O panel includes 2 USB 3.0 and 2 USB 2.0 ports along with HDMI, VGA, DVI ports, audio jack, Gigabit Ethernet connector and a pair of PS/2 ports.

The second board in the ASUS FM2+ motherboards lineup is the A55BM-A featuring the A55 chipset and a 3+1 Phase DiGi+ VRM. The FM2+ socket is powered by a 4-Pin connector, motherboard offers four DDR3 DIMM slots offering support for upto 32 GB of memory with frequencies of 2133 MHz. Storage includes 3 SATA 3 Gbps ports while expansion slots are offered in one PCI-e 3.0 x16, 3.0 x1 and a legacy PCI slot. I/O panel includes 2 USB 3.0 and 2 USB 2.0 ports along with HDMI, VGA, DVI ports, audio jack, Gigabit Ethernet connector and a pair of PS/2 ports. 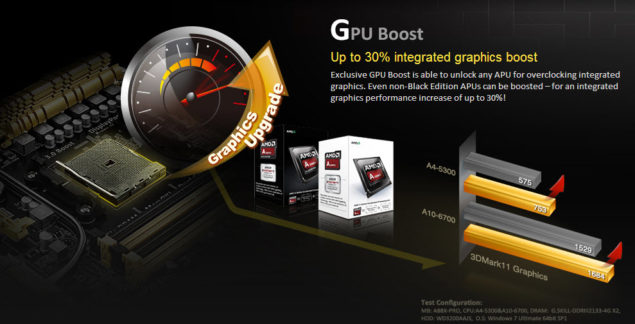 All ASUS A88X Chipset based motherboards would offer GPU boost with non-Black Edition AMD APUs. This would allow users to get a boost out of their integrated graphics even if their APUs don't allow it. The feature would co-exist for both Kaveri and Trinity/Richland APUs. The Kaveri APUs are already confirmed by AMD to arrive by the end of this year featuring the new x86 Steamroller cores and an integrated GCN based Volcanic Islands graphics die which would prove to be a massive boost over the VLIW based IGPs in current generation APUs. Additionally, The FM2+ socket based A88X chipset motherboards are going to last a while since Kaveri's successor aka Carrizo is also planned for launch on the FM2+ motherboard with possible enhancements including DDR4 memory and the new Excavator core architecture.

The complete ASUS A88X Chipset based motherboard lineup and their specifications can be found in the chart below: 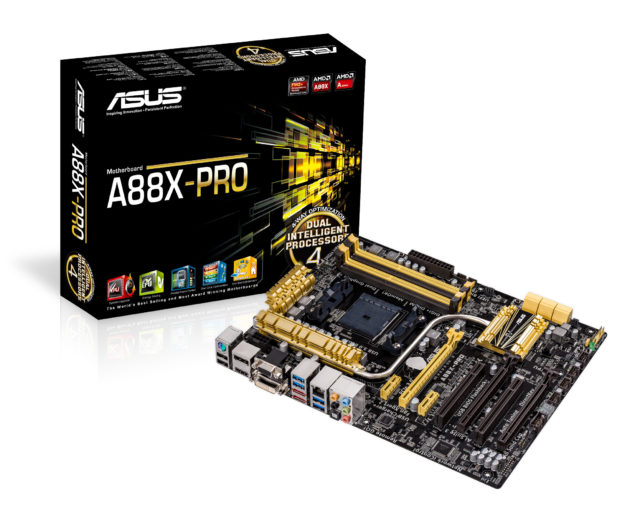 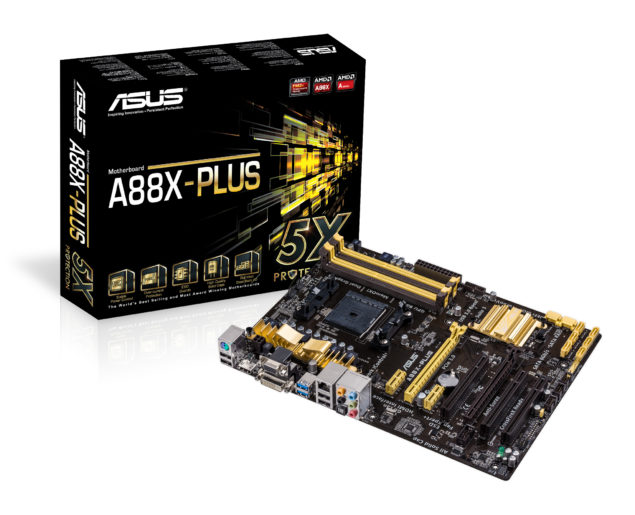 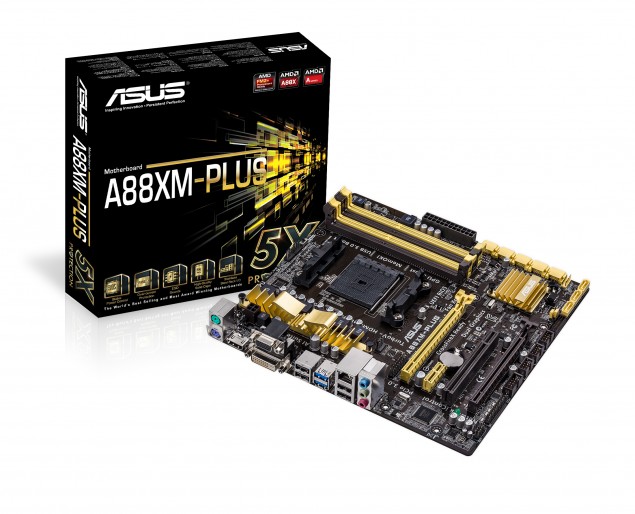 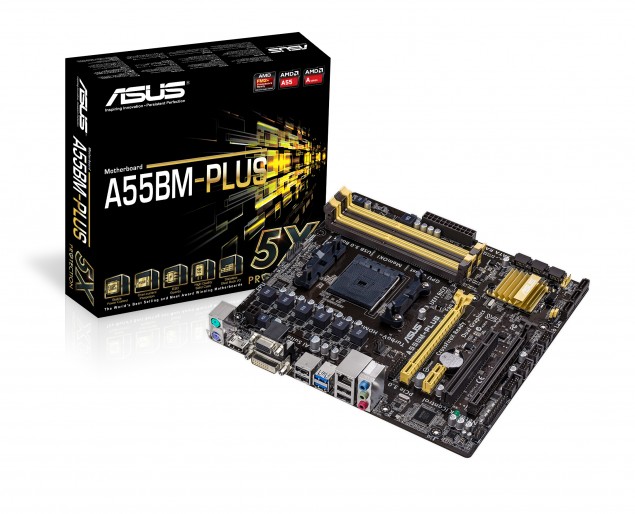 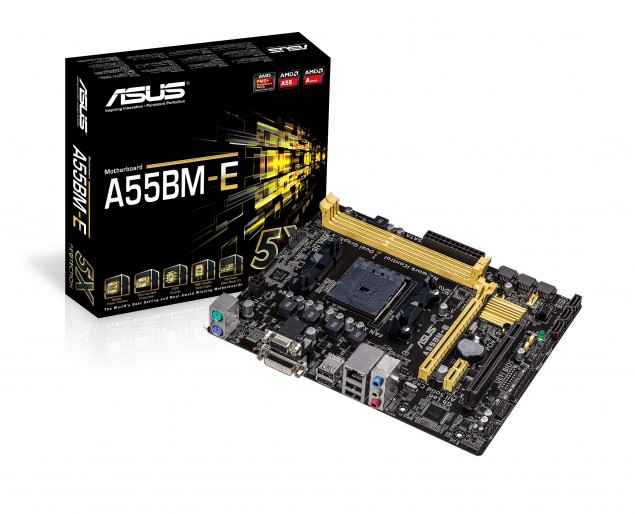