Ms. Marvel Revealed to be a Playable, Central Character in Marvel’s Avengers 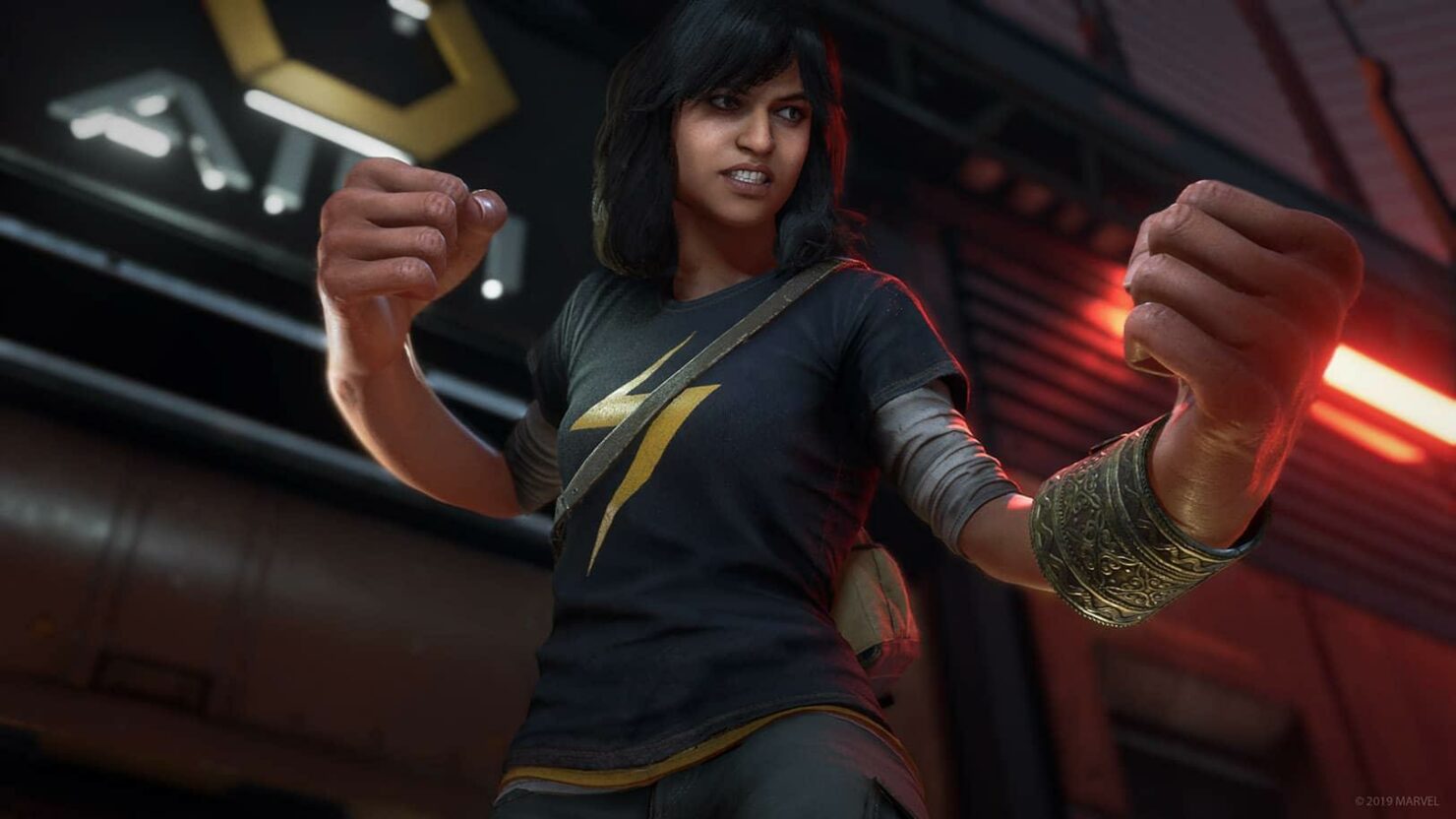 Ms. Marvel, also known as Kamala Khan, has been confirmed at NYCC 2019 to be prominently featured in the upcoming Marvel's Avengers game by Crystal Dynamics.

She'll be a playable character, but more than that, the developers revealed she is going to be a 'driving force' that will unite the Avengers back together after the disaster on A-Day.

Here's a series of statements from those who have contributed to implementing this character in the game.

Shaun Escayg, Creative Director and Writer at Crystal Dynamics: An optimistic fangirl of the Avengers, Kamala Khan is the perfect character for the story we’re telling in Marvel’s Avengers. Telling our story of Kamala’s coming-of-age brings a fresh, hopeful perspective to the gameplay experience and her unique abilities as Ms. Marvel make her a character every person can relate to and will want to play. Kamala Khan is one of the unique characters that makes our game stand apart from any Avengers story experienced before.

Bill Rosemann, VP of Creative at Marvel Games: Kamala is an inspired and perfectly fitting choice to join the ranks of, and reassemble, Earth’s Mightiest Heroes. Perhaps more than any other character invented over the past decade, Ms. Marvel has not only charmed the hearts of longtime True Believers, but her unique mix of classic Marvel heroic elements and modern cultural relevancy has resulted in a headline-generating cultural icon.

Sana Amanat, VP of Content and Character Development at Marvel: It is a thrill to see Kamala in the Marvel’s Avengers game. Crystal Dynamics has done a marvelous job of crafting a brand-new take on Kamala while staying true to the spirit of her inspiring character, charismatic persona, and relatable purpose. Fans of the character are in for quite a ride, along with a few surprises, when Marvel’s Avengers makes its debut next year.

G. Willow Wilson, co-creator of Ms. Marvel: I think Kamala is a perfect fit for a game like this since she sees the Marvel world the same way we do as fans and players. Kamala allows us to imagine what we ourselves would do if we suddenly discovered we had superpowers and got to stand alongside our heroes in their time of greatest need.

Kamala Khan is technically an Inhuman. After going through Terrigenesis, she develops polymorphic powers allowing her to stretch, deform, expand or compress her body as needed. Ms. Marvel also has an accelerated healing factor.

You can check out various trailers and videos of her unveiling below. As a reminder, Marvel's Avengers comes out on May 15th, 2020 on PC, PlayStation 4, Xbox One and Google Stadia.