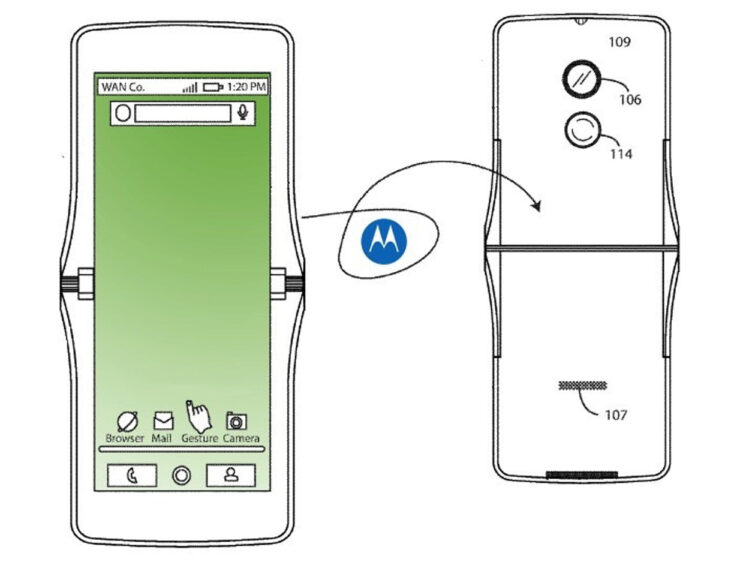 Rumors have been floating around since quite a while now that Motorola has a foldable in the pipeline. Up until now, the company hadn’t said anything about such a device but now it has confirmed the existence of a foldable phone. However, it seems that the company is going to be taking a different approach than other OEMs.

Motorola Might Launch a Phone That Can Fold Twice, but It’s Expected to Arrive by Summer

During a recent interview with Dan Dery, VP of Global Product at Motorola, Engadget discussed the first generation of the company’s foldable phone. Motorola states it has been working on the new form factor since quite some time and it has gone through a lot of iteration. Dery also said that unlike the Samsung Galaxy Fold and the Huawei Mate X, Motorola’s foldable phone will not have a screen on the outside. This is in line with a patent filing that indicated at a horizontal folding mechanism that’s reminiscent of the hugely popular RAZR flip phone.

After testing a plastic OLED phone with a plastic film on top of it, the company realized that the external display is susceptible to constant nail scratching and this adversely affects its durability. So, while such a design does look beautiful, it starts dying from day one. So, instead of having a fragile display on the outside, Motorola is apparently working on a device with a large internal display which bends in half when it’s folded.

The company has hinted that its foldable smartphone would be released no later than other bending phones in the market, which means we can expect a summer launch. Apart from that, Motorola is also considering a single display that could fold twice to minimize scratch-related degradations. This means that the phone would have two hinges and after the two folds, only a third of the display would be visible when it’s used in its handset mode.

This would make the device very pocketable and compact. However, for now, Motorola hasn’t resolved the technical issues that come with this design so its first foldable phone will not feature a dual-hinge. A RAZR-like foldable phone could evoke nostalgia and this could boost the sales of Motorola’s upcoming device. It remains to be seen whether the phone would be 5G-compatible or not and if it will also be priced north of $2000.