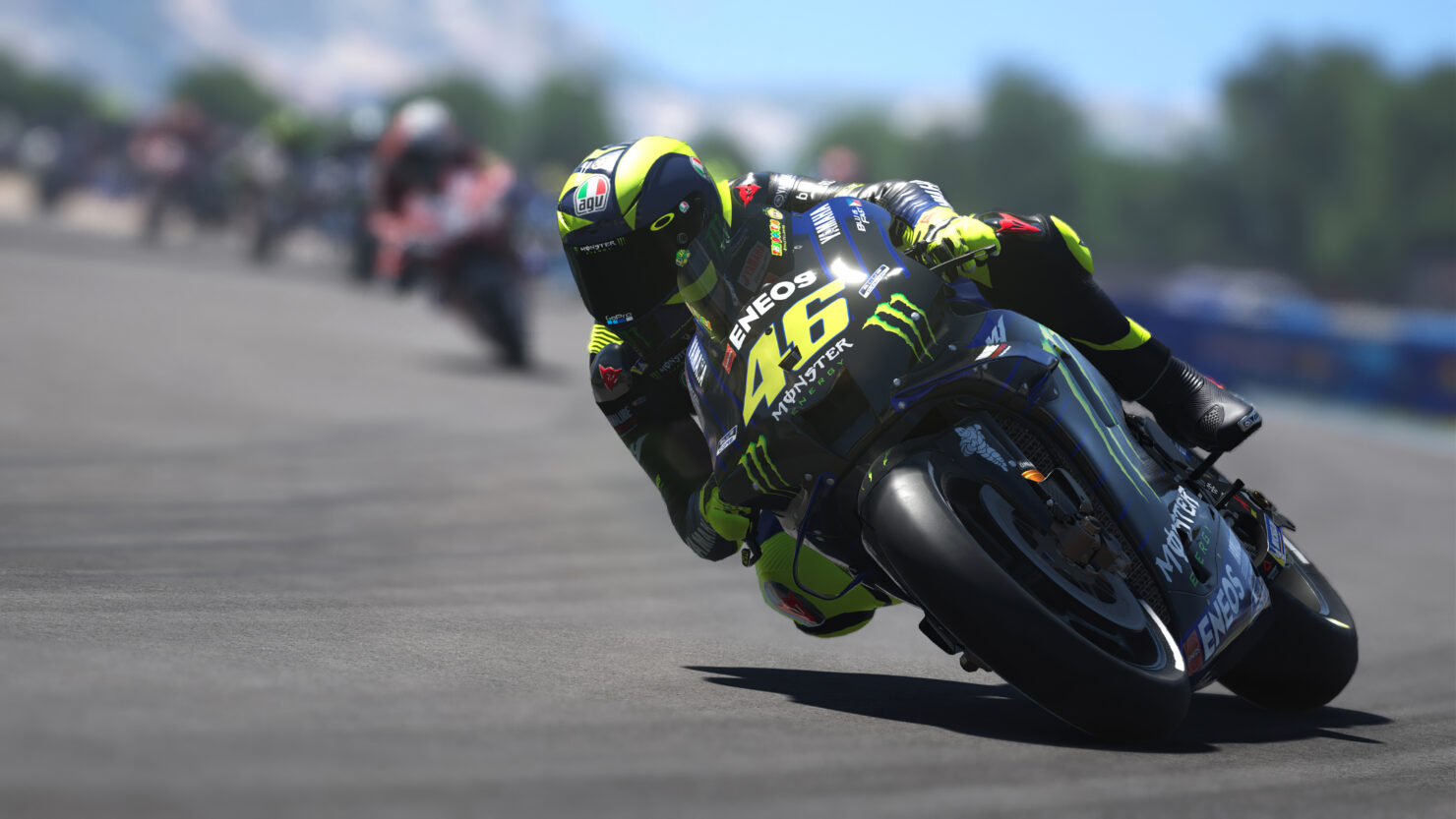 MotoGP 20, this year's licensed game modeled after the popular racing championship, will debut next week on practically all of the major platforms on the market: PC, Google Stadia, and the consoles (PlayStation 4, Xbox One, Nintendo Switch).

MotoGP 20 follows up on last year's well received installment and it does so while releasing much earlier than ever before in the season. Additionally, with the real championship currently on hold until further notice due to the COVID-19 pandemic, even more fans than usual could turn to MotoGP 20 to sate their thirst for motorbike racing.

We had the chance to speak to the game's producer Michele Caletti about the new features and improvements of MotoGP 20, as well as the challenges encountered by Milan-based developer Milestone due to COVID-19.

Your studio is located right at the center of one of the world's hotspots for COVID-19 (Milan, Italy) and yet it seems like you were able to keep the original release schedule for MotoGP 20, unlike far bigger developers. Can you talk a bit about this impressive feat as well as the issues that you faced in the last couple of months?

We were somehow lucky and good. Lucky because no one got sick, and we had the time to prepare before the lockdown. Good because the team, but I’d easily say all the company, reacted in an amazing way, not letting the situation rule over what we had to do. We've had a rough first week or so, but now in the 6th one we've got our pace, working from home, having meetings and planning forward as usual.

With the real MotoGP championship currently on hold due to the pandemic, do you feel there's an opportunity to captivate new players?

The game lives and builds upon reality so we might have a moment with the official online virtual races and the rest, but if the 2020 season doesn't kick off we'll be affected too, I think. As plans change and everybody adapts, we try to do the same, and look forward.

What would you say is the single biggest new feature in MotoGP 20 compared to last year's entry?

I'd say the managerial career, that expands the horizon significantly with R&D for the bike, imaginary teams (but based on real bikes and sponsors) to be created, tests, customization. You're firmly in the rider's role, so you won't get lost in financial micromanagement, but you can hire your personal manager, your track engineers, and you can influence the team development just like a real top rider does.

Can you describe the key technical upgrades coming to graphics and physics in this installment?

Graphics have improved in lighting, more realistic and photo-matched, in track details, crisper and more vivid, but we have also worked on bike damage, winglets can be broken and lost, characters, with laser-scanned team manager and rider faces. On the physics side, fuel management, new tyre system (now with 3 distinct sectors for each tyre) and a more demanding and realistic braking dynamics.

Some fans have criticized the bike's behavior from the gameplay video featuring Marc Marquez that was posted last week. Is that something you're still tweaking?

Truth is that the game allows for a wider range of racing styles. You can play smooth and save tyres, or much harder like in the videos. You can pull some spectacular braking or power drift, all being possible in reality, albeit not always recommended. We're still tweaking some details, in physics and AI, but in those videos we've shown one extreme side.

Which improvements are coming to the Neural AI A.N.N.A. in MotoGP 20? Will it be able to learn from the player's actions and playstyle?

This point isn't the goal, because the AI learns through 100.000 laps or so, and having 20 laps against the player cannot make a significant difference. What it does is reacting in real time to the player's actions though. The goal was to make it aware of the new tyre system, power mapping in race, fuel management and more. Now the AI can use it all, and adapt along the way. It's also faster than in the previous game, so it's a harder challenge at high levels.

I believe MotoGP 20 might be one of the first, if not the first, game to be simultaneously released on PC, PlayStation 4, Xbox One, Nintendo Switch and Google Stadia. How complex was it during the development phase?

It's been very hard for several reasons, performance across the platforms, Stadia being a new one with many twists we didn't know. This is only a preview of the next year, where we're going to have the next-generation consoles also coming in.

Is there any chance you might add crossplay to MotoGP 20 after launch and if not, why?

It's not in the plans because MotoGP 20 is not an arcade game, thus keeping in the same play PC and consoles, even Nintendo Switch, would be hard and unfair. Then of the few games that enable crossplay, I know of some limitations (PlayStation 4 and Switch often do not blend together, for example), so it's not needed and it could bring more troubles than benefits.

MotoGP 20 will be your second release on Google Stadia. What do you think of this cloud-based platform so far after experiencing it first-hand?

As a developer, it's complex, needs a lot of attention because it's all new and it's absolutely not something like "the usual streaming stuff". As a player, if you have a good enough bandwidth it makes me think of the old saying of A.C. Clarke: "Any sufficiently advanced technology is indistinguishable from magic".