After having taken a year away from reviewing Milestone's titles, I've recently been able to get some hand's on time with Monster Energy Supercross - The Official Videogame 3 (I won't be calling it that again) and I'm as bad as I've ever been. The real question isn't about me, it's about how good is the game and will it be worth the jump from older Monster Energy Supercross or MXGP titles? 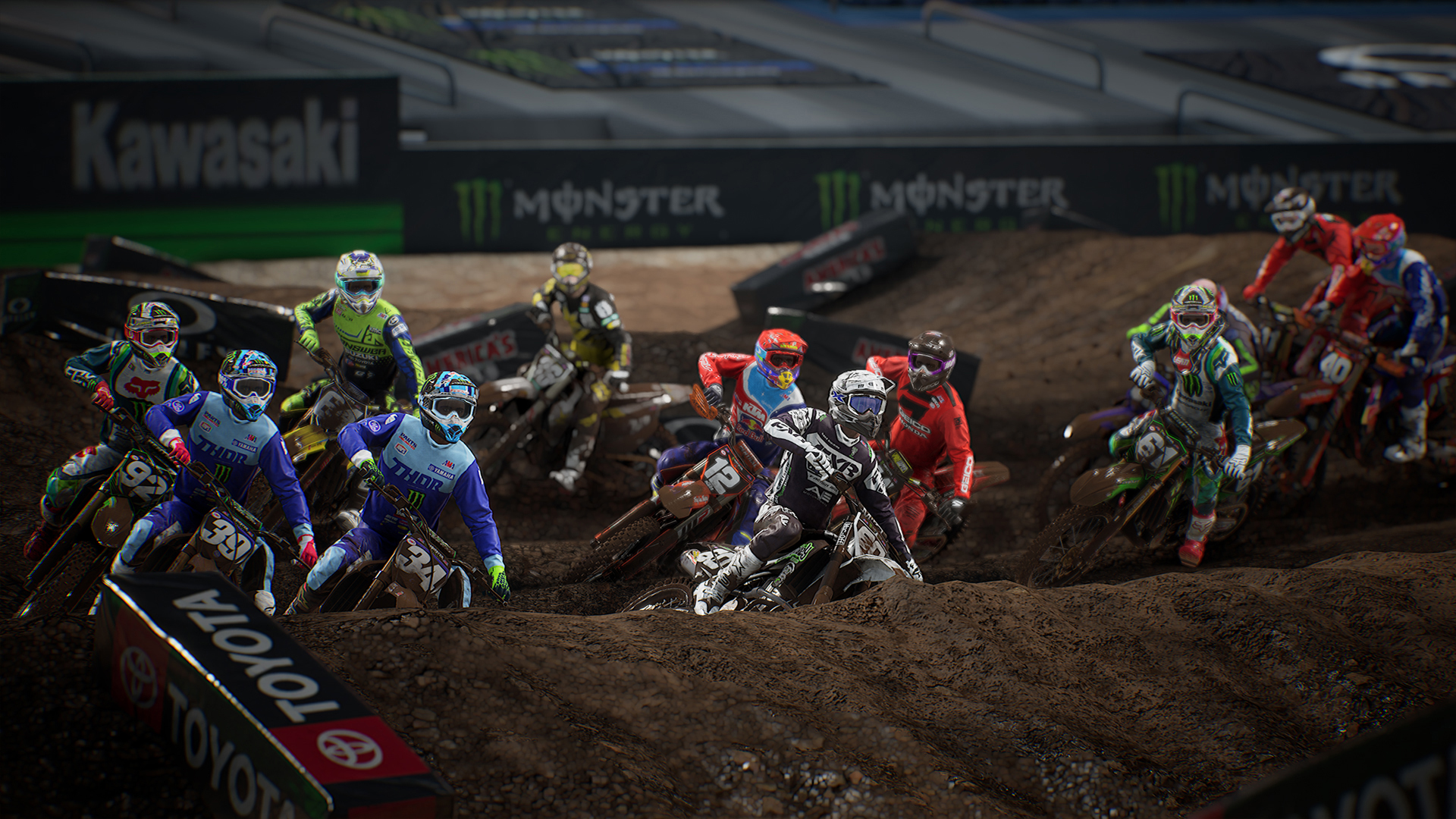 In a word: maybe. That wasn't helpful, was it? Well, I've enjoyed the time I've spent with it so far. There are certainly some improvements from previous iterations, with the usual visual upgrade that you find in annual iterations of any title. The only difference here is that with certain aspects, Milestone has completely scrapped previous work and started anew in Monster Energy Supercross 3.

Characters look better and more detailed and bikes have more detail. It certainly shows that Milestone has completely scrapped old rider models and re-made them all. Now, there is one slight issue. While the detail is there, everything seems just a little washed out. Supercross 2 became bright and colourful, 3 has gone in the opposite direction. Is it more realistic? Yeah, sure. Is it better? Not really.

At least the bikes sound better. The audio quality here is much better, with the bikes sounding powerful and how they should sound. As well as sounding powerful, they genuinely feel powerful. Indeed, everything feels better in general. A little over two years ago the developer moved to Unreal Engine rather than continuing development using their in-house engine and even then the improvements were immediately notable. Now, with the studio having had a decent amount of experience using the engine, it feels like they've started to truly get a handle of it.

Physics, handling, how you and your bike simply react to the track, everything is just better. Is it perfect? No, but it's certainly an improvement. Your bike reacts better to every bump and rut in the track - with the track naturally deforming as a race progresses, something that I always love to see in any game. It makes for natural racing lines, ones that can add some extra grip and stop you from spinning out on a corner that, earlier on, you would have botched. 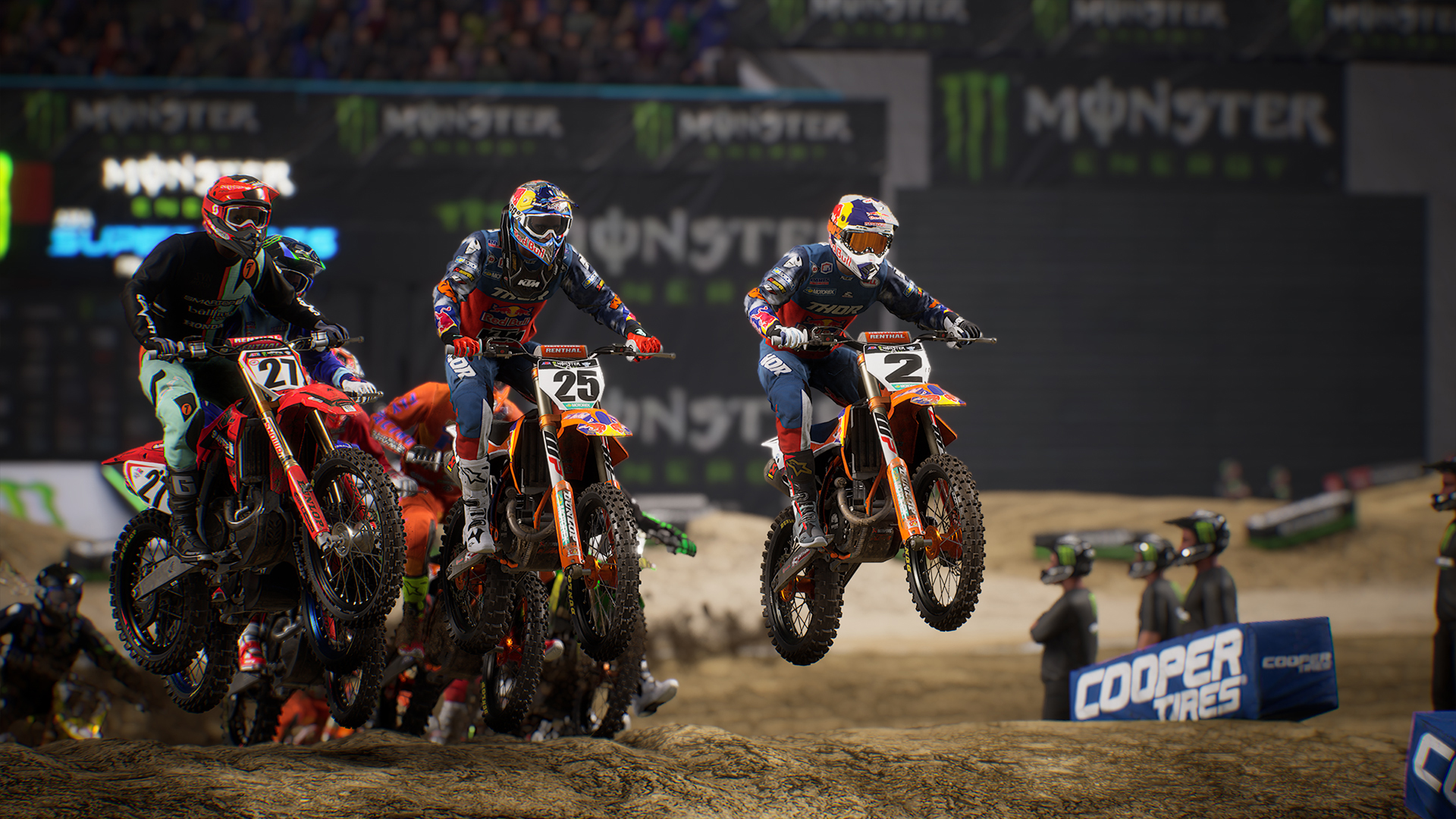 This isn't to say I haven't seen a few gaffs caused by the physics. A few times I've had bikes flying past me, sans rider, flying across the front of me like it was trying to recreate that scene from E.T. But yes, the physics here are so much better. Previously you'd find that even if you go full blast on a huge jump, it just wouldn't come across well. Now, it just has a good feeling to it, you can almost feel that moment before gravity starts pulling you down, that you're falling faster as you go down.

Another problem is that the riders just don't seem to move. Their arses are practically glued to the seats. The only time they seem to stand up is when at the apex of a jump. At least the leg of the rider seems to lean out more frequently than I remember on previous Supercross titles. These little things do help, but it still looks a little too rigid. Once Milestone matches the movements to the improved feel of the bike it will certainly improve immersion and the general look of the game.

Despite these complaints, there is still a good amount of fun to have with Monster Energy Supercross 3. I'm certainly hoping that in the month before launch, Milestone can improve the visual side of things, particularly the washed-out look of the game. I wouldn't be surprised if the rigid animations are there at launch, possibly to be improved post-launch. It's certainly something Milestone can work on, especially with the improved physics and feel of the game making it stick out even more than before. 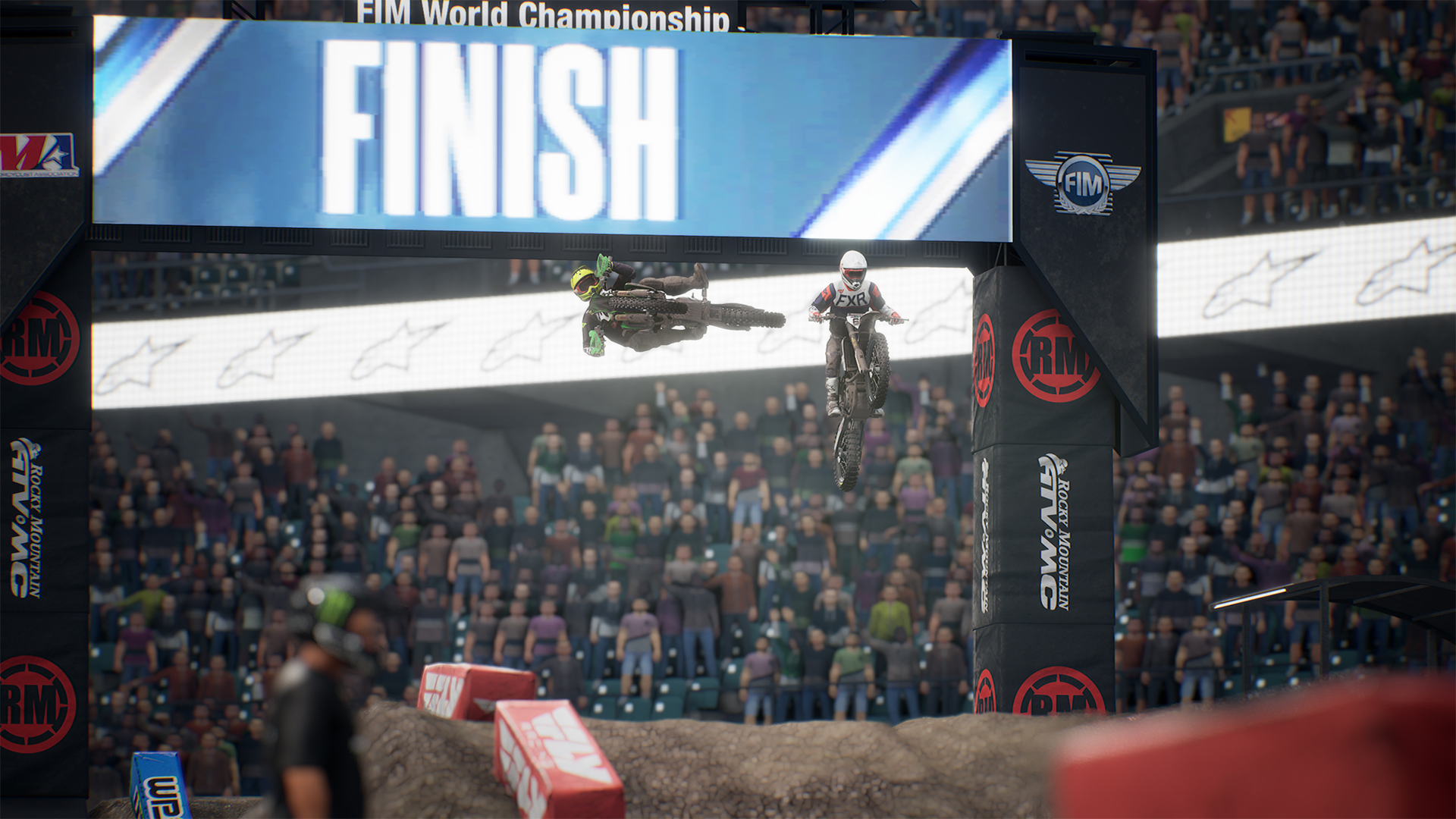 It's hard to see exactly where Milestone will make their final improvements. Certainly by tidying up some of the bugs, the gaffs with the physics and little tweaks here and there. I can't speak as to the networking, I've only been playing offline, trying my hand at the career. It's sufficiently challenging (for me) even with assists on. Turn them off and I'm pretty damn useless. There's a wealth of customisation options and the track editor makes a return, so all that's certainly something to look forward to.

Monster Energy Supercross 3 will be coming to the PlayStation 4, Xbox One and PC on the 4th of February. Will I play it when that day comes? Yeah, I will. There's something just fun about getting on a bike, having no protection and flinging yourself off of high ramps and skidding around corners that any normal person would slow to a sloths pace to go around. This still has that fun and honestly, I can take pure, simple, fun.