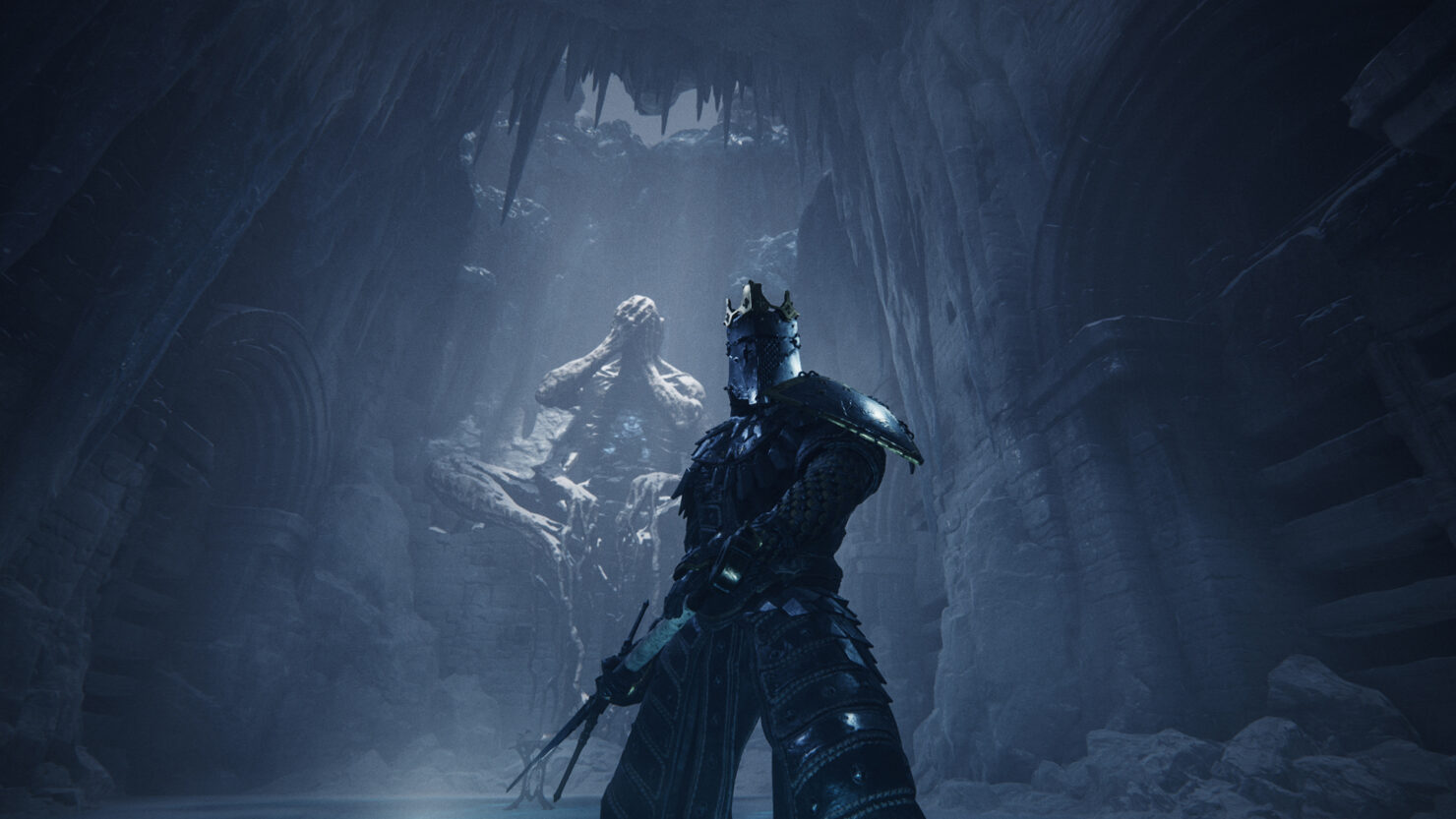 We already reported on this promising indie title, which was then known as Dungeonhaven, back in 2018. The game is being developed by a veteran coalition of AAA developers, including former senior environment artist at Sucker Punch Productions, Anton Gonzalez. At the moment of writing, Mortal Shell's is being produced by a core team of 15 people.

“For a small team like ours, developing this title in many ways felt like crossing an ocean on a paddle board,” the studio’s three co-founders — Andrew McLennan-Murray, Anton Gonzalez, and Vitaly Bulgarov — said in a joint statement. “To finally announce Mortal Shell is one of the most exciting and terrifying experiences we’ve had in our lifetimes. The last two years have been a time of non-stop growth, full of shocking revelations of sheer complexity that goes into creating a video game that you, yourself, would really enjoy playing.”

About Mortal Shell
Awakening as an empty vessel, you will enter into a shattered and twisted world where the
remains of humanity wither and rot. Implored to do the bidding of the mysterious “Dark
Father”, you must traverse this tattered landscape and track down hidden sanctums of
devout followers. There, in Mortal Shell’s most hallowed grounds, you must overcome
formidable foes and harvest the sacred glands. You won’t be truly alone when the dead litter your path: Scattered across this land are the remnant anima of lost warriors who can be inhabited to gain their unique abilities and knowledge of weapons. The Dark Father is
desperate for you to complete your task — but to what end?

Mortal Shell is coming to PlayStation 4, Xbox One and PC later this year, and while the team currently has no plans to release the game on the next-gen consoles, Cold Symmetry hasn't totally ruled out a release on the PS5 and Xbox Series X in the future.

You'll find the game's announcement trailer, showing combat and enemies, alongside a set of screenshots down below:

Mortal Shell releases later this year in Q3 for PlayStation 4, Xbox One and PC.