For a debut title by a newly founded studio, making an action RPG inspired by Dark Souls doesn't always seem like the first choice. Nevertheless, Cold Symmetry has set out upon the current generation of consoles with a title that was first revealed as Dungeonhaven two years ago. Rebranded as Mortal Shell, this upcoming role-playing title has certainly hardened up in a lot of ways but does it still have enough soul to match?

Let's get the most obvious bit of Mortal Shell's combat out of the way: you cannot block. That doesn't mean that players won't other defensive measures beyond dodge rolling out of the way of an oncoming attack. Players have access to two different defensive tools, one that they begin with an another that must be acquired through normal play. Both tools have a sort of cooldown to contend with, so knowing when to dodge roll in addition to these methods will be equally as important in Mortal Shell. The first is the ability to harden up and this is done on L2 regardless of whether or not the player is currently inhabiting a shell. This allows the player to shrug off weaker enemy attacks or one stronger attack before cracking apart and exposing the player to damage. At the same time, this can cause a fair bit of poise damage and often cause the attacking enemy to recoil back and open themselves up for a counter-attack.

The second tool that players have to mitigate damage in this hardcore action RPG is a simple parry and riposte system. This is earned by picking up a key item in the main hub area of Fallgrim, something that I missed before clearing one of Mortal Shell's three primary areas. Once acquired, the player can press L1 just before an enemy attack lands and quickly parry and counter the attack. If the player has at least one bar of Resolve filled, they can perform an empowered riposte that can heal the player or perform two other types of attacks that must be acquired separately. This empowered riposte remains one of the few ways to reliably heal damage taken, save for a few healing-over-time items found throughout the land.

Take enough damage and you're forcibly ejected from your shell and left as a vulnerable husk that has to quickly make the five yard dash back to your body before you're taken out for good. If this happens twice, that's enough to bring your adventure to an end and spawn you back at the last checkpoint. It's because of this two-life approach that Mortal Shell only begins to scratch the surface of Sekiro similarities compared to that of Dark Souls.

Beyond the defensive changes, the remainder of Mortal Shell's combat feels right at home in a Soulslike and I was able to pick up a blade with no problem and start hacking away. Players have the standard light and heavy attacks on R1/R2 respectively and can mix these together to create custom combos (R1, R1, R2, R1, for example). Attacking immediately after a quick sprint or dodge roll also perform different sword swings, opening up a great number of combat options. Each weapon can also be unlocked to have two additional special abilities that are fueled by Resolve and performed with an L1+R1 or L2+R2 command. In the case of the Martyr's Blade, this can either infuse the blade with ice as an additional effect or allow the player to leap forward and thrust their blade into the ground to cause icy stalagmites to burst forth from the ground. Mortal Shell only offers four different weapons to pair up with the four shells which doesn't sound like much but that's definitely much more than what Sekiro offered between the Wolf and his Kusabimaru blade.

Mortal Shell's approach to leveling mirrors that of From Software's shinobi simulator, Sekiro: Shadows Die Twice. Rather than investing your hard-earned Tar in character points, each point vested works to upgrade skills assigned to your specific shell. Glimpses, the secondary and rarer currency of Mortal Shell, is locked to the class it's earned with, while Tar can be swapped around freely. Players must first invest a small amount of Tar to learn the true name of the shell they're inhabiting; once done so, the rest of the simple skill tree opens up.

Each Shell has its own preset amount of health, stamina, and Resolve that remains constant throughout the entire game, save for a few unlockable skills that might boost that given shell's stats. By normalizing the experience across all four Shell classes and preventing the player by simply leveling and boosting their stats up to overcome content, Mortal Shell forces the player to engage the landscape in a more tactical approach. No matter whether you're a fresh foundling just waking up for the first time or a hardened Tiel, incoming attacks will deal the same damage (before skills take effect) and it's up to the player to learn the matchups to each and every enemy encounter. Weapons can be upgraded via immersing them in quenching acid at a workbench up to five times, so there are still some other forms to upgrades to even the fight.

The masked Sesters that litter the land of Fallgrim serve both as skill trainers and a place of respite once the player meets their untimely end. There are typically two or three to each region of Mortal Shell and almost always parked right outside of a boss room, preventing that walk of shame that longtime Souls players are all too familiar with to get back into the fight. Rumor has it, the Sester might even open a shop and offer a way to fast travel around the world if you speak to her in a fully upgraded Shell.

A unique concept to Mortal Shell's consumable items is in the Familiarity system that I found to be quite interesting back in the beta. Each time that the player consumes or uses an item, they gain a familiarity bonus with it and once maxed, can vastly improve the effectiveness of a given item. For example, a poisonous mushroom that might inflict a poison DoT on the player (perfect for starting out as Tiel) would later on confer a temporary immunity to the status effect over time. These bonuses are always a secret, forcing the player to experiment with items to figure out which ones are beneficial and which items might be better off thrown out.

I picked up Mortal Shell shortly after completing my review of Hellpoint and found that both titles have their own strengths and weaknesses compared to mainline From Software titles. Hellpoint's greatest strength was in its level design with melee combat lacking impact and feeling too flimsy. Mortal Shell has the exact opposite design: weighty combat that feels satisfying to hit an enemy with but level design that doesn't hold up too well. Aside from the hub area of Fallgrim, Mortal Shell only offers three bespoke areas that branch out from the center hub. These three areas are distinct enough in gimmicks and design but ultimately these feel like straight courses with the occasional branch off to acquire an item or loop back to unlock one of very few shortcuts. With Tar and experience not having much of an impact on player stats, a player could feasibly find the ideal shell and weapon they like then merely run through a level to the boss and clear out the entire area in perhaps ten or twenty minutes. I know there's a distinct demographic of Souls players that relish the idea of SL1 (Soul Level One/No Experience) runs in a game and this could definitely scratch that same itch without feeling like their character is any less powerful just because they skipped a few fights.

Mortal Shell is certainly one of the shorter Soulslikes that I've ever played and from beginning to end, I have the game finished in less than twenty-four hours after installing it on my PlayStation 4 Pro. I would have to say the entire adventure may be clocked in at around ten or twelve hours of playtime and that's including the repeated boss fight against Tarsus when I didn't have the ability to parry. I reckon that a skilled player that gets a proper grasp of the harden and parrying systems early on could probably clear Mortal Shell in about eight hours. It's always enjoyable to play an adventure that doesn't overstay its welcome but I did wish that there was a bit more meat in these shells overall.

To help pad the length, Mortal Shell does have a great number of lore items and collectibles to discover beyond the character upgrades. Signs posted throughout the world help develop the lore of Mortal Shell and hidden scrawlings throughout the world might be one of the trickiest collectibles to find as they require the player to blindly attack walls in hopes of revealing these secret messages. Filling out the lore is one of the trophies required to earn the Mortal Shell platinum (right alongside beating the game without ever bonding to a shell and running around with little more than 1 HP), so either wait for a guide to appear or prepare to spend hours smacking walls to discover these secrets.

Mortal Shell is an interesting case where the Souls formula can be put to good use in an action RPG that doesn't need excessive padding or leveling to tell its story. While its incredibly short by Soulslikes standards, the unique defensive approaches to combat and the synergy of weapons/shells give Mortal Shell its own niche in the growing genre. At half the price of a traditional AAA adventure, Mortal Shell is certainly worth an impulse purchase for established fans of the hardcore action RPG genre. 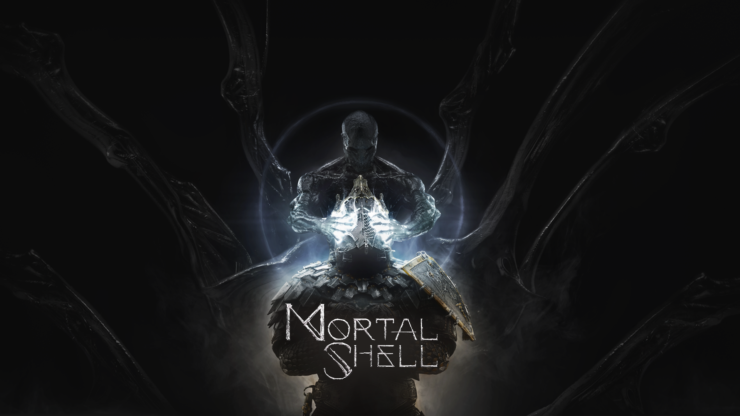 More in line with From Software's Sekiro: Shadows Die Twice than a traditional Soulslike, Mortal Shell offers a short and sweet take on the hardcore action RPG formula by focusing the player to harden up and push the offensive in order to create the perfect defense.