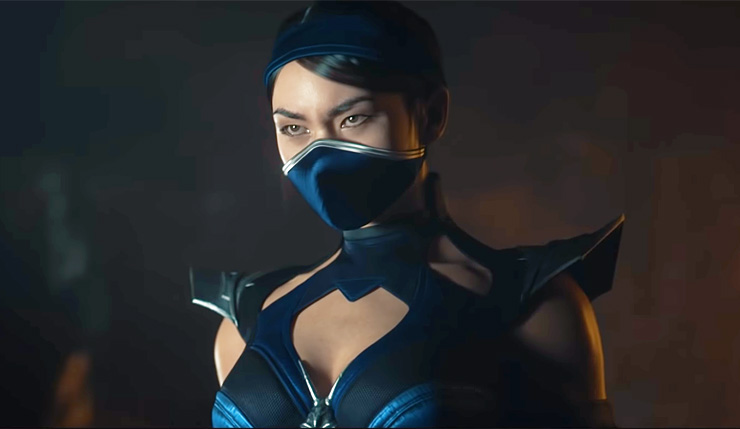 Mortal Kombat 11 has added two more Kombatants to its roster – fan (and cosplayer) favorite Kitana, and all-new fighter the Kollector. We don’t have a full trailer or gameplay for Kitana just yet, but she’s featured in Mortal Kombat 11’s latest TV spot. Unlike some other MK11 returning characters, Kitana looks to be sporting a relatively traditional look (albeit one with added pants)…check her out, below.

Here’s the official description for Kitana:

The 10,000-year-old princess of Edenia grew up believing she was Shao Kahn’s biological daughter and served as one of his deadliest warriors. When Kitana learned the truth, she fought against Shao Kahn’s attempted conquest of Earthrealm, eventually dying in battle. After being resurrected as an evil revenant version of her former self, Kitana now rules the NetherRealm alongside revenant Liu Kang, dedicated to the destruction of all the realms.

Meanwhile, we have a full trailer for the Kollector, who kind of seems like a mashup between Goro and the Merchant from Resident Evil 4. Gameplay-wise, he looks like he’ll be an interesting option, dealing out a variety of debuffs from his knapsack. Watch him in action, below.

The Kollector was born into poverty and seized his collections duty with a zeal that impressed Shao Kahn, becoming one of the Emperor's most feared associates. As more of a corrupt mafia enforcer than a government official, The Kollector stole riches from Outworld's people, rewarding himself with wealth and status in turn, but when Shao Kahn died, Kotal Kahn vowed to weed out the former regime's corruption. After years in hiding, living off his ill-gotten gains, The Kollector was captured and now faces execution, determined to destroy anyone in his path.

Mortal Kombat 11 slices and dices on PC, Xbox One, PS4, and Nintendo Switch on April 23. The game’s closed beta is currently in full swing, and will continue until April 11.