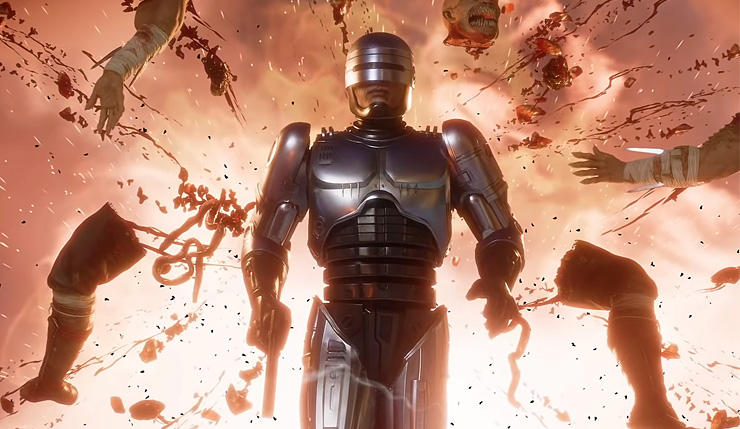 Last week NetherRealm unveiled Mortal Kombat 11: Aftermath, an expansion that continues the game’s time-travelling story and adds Sheeva, Fujin, and Robocop as playable characters. Well, now we have a gameplay trailer featuring our three new fighters in action, and it’s every bit as brutal as you’d expect (and yes, we do get to see the Terminator and Robocop beating the crap out of each other). The new fatalities are particularly memorable, as some of them have a fun old-school flavor, and Robocop’s all reference his movies. Check out the trailer, below.

NetherRealm character artist Brendan George has also detailed some of the work that went into creating Robocop, who is voiced by the character’s original actor Peter Weller:

Being able to scan and record Peter Weller for the RoboCop model, as well as talk to him about the role, was invaluable. He gave me some great insight into what it was like playing the character, which allowed us to capture the essence of RoboCop. As a bonus, he gave me a crash course in Italian Renaissance art while he was in the studio being scanned. You may not know this but Dr. Weller has a Ph.D. in Italian Renaissance Art History and Roman History.

With our guest fighters, we always ensure that we give the players as many iconic and authentic character attributes as possible. Pallets for RoboCop in Mortal Kombat 11: Aftermath are an excellent example of this. As RoboCop fans will remember, the original “RoboCop” film featured a gray suit, while the “RoboCop 2” outfit was much bluer. You will find both of these options in the Mortal Kombat 11: Aftermath expansion. As is customary with our guest characters, RoboCop also gets a NetherRealm Studios version, this time it’s a Mortal Kombat 3 Cyber Ninja RoboCop variant. 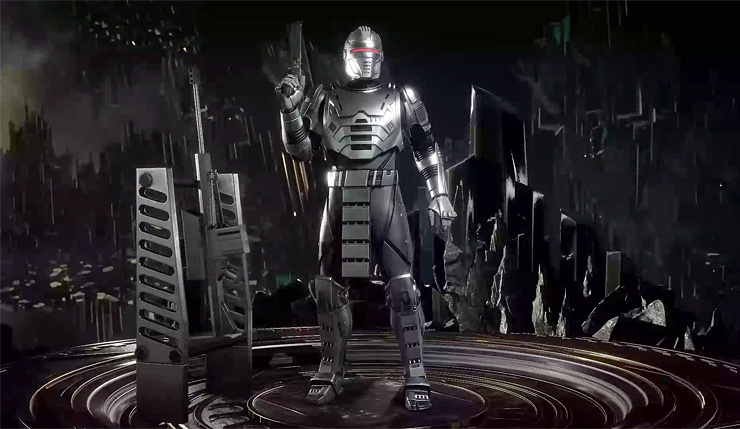 On top of the new story and characters, NetherRealm is promising Aftermath will launch alongside a free update, that will include new stages, Fatalities, and the return of Friendships! Aftermath will set you back $40, or if you haven’t jumped into Mortal Kombat 11 yet, you can get the Mortal Kombat 11: Aftermath Collection, which includes the original game, Aftermath expansion, and all previous DLC for $60. Pre-orders are open now.

Mortal Kombat 11 is available now on PC, Xbox One, PS4, and Nintendo Switch. Aftermath will launch on May 26.