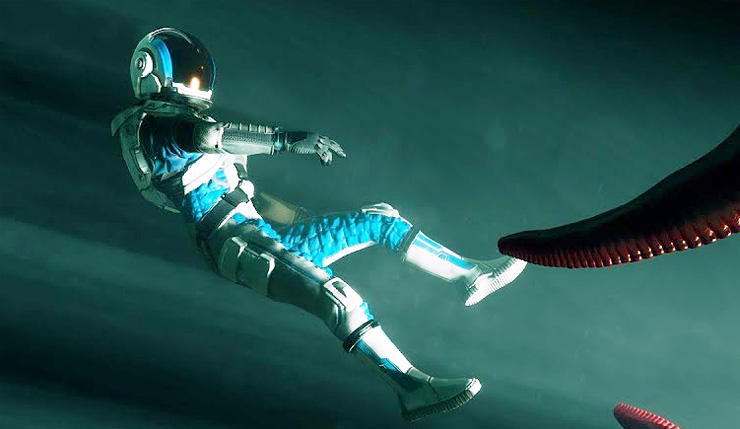 Horror fans have yet another chilling experience to look forward to this month, as Moons of Madness has announced an October release date -- at least on PC. Those hoping to play on console will have to wait until early next year. Publisher Funcom has released a new Moons of Madness teaser trailer, which provides a glimpse of some new environments and creepy enemies. You can check it out, below.

Not sure what that was all about? Here’s a little more info about Moons of Madness’ story:

In Moons of Madness you play Shane Newehart, a technician stationed at the Invictus, a secret research base built by the Orochi group. Your low security clearance means you are completely unaware of the existence of a mysterious, intelligent signal that has been detected on the red planet. Your job is simply to keep the lights on until the transport ship Cyrano arrives bringing with it a new team to take over your duties. Soon you discover strange and unusual setbacks. Crucial systems are malfunctioning, the greenhouse is filled with a strange mist and the rest of your team have yet to return from their EVA mission. You begin seeing and hearing things that aren’t there. Visions, hallucinations – or is that even what it is? Is this real…or are you slowly descending into madness?

I got a chance to go hands-on with a Moons of Madness demo at E3, and I mostly enjoyed what I played. The chunk of the game I experienced was fairly low-key, but based on the new trailer, things will eventually get pretty intense. There’s been a few solid Lovecraft-inspired games released recently (check out our reviews for Call of Cthulhu and The Sinking City), but hopefully Moons of Madness takes the weird horror to the next level.