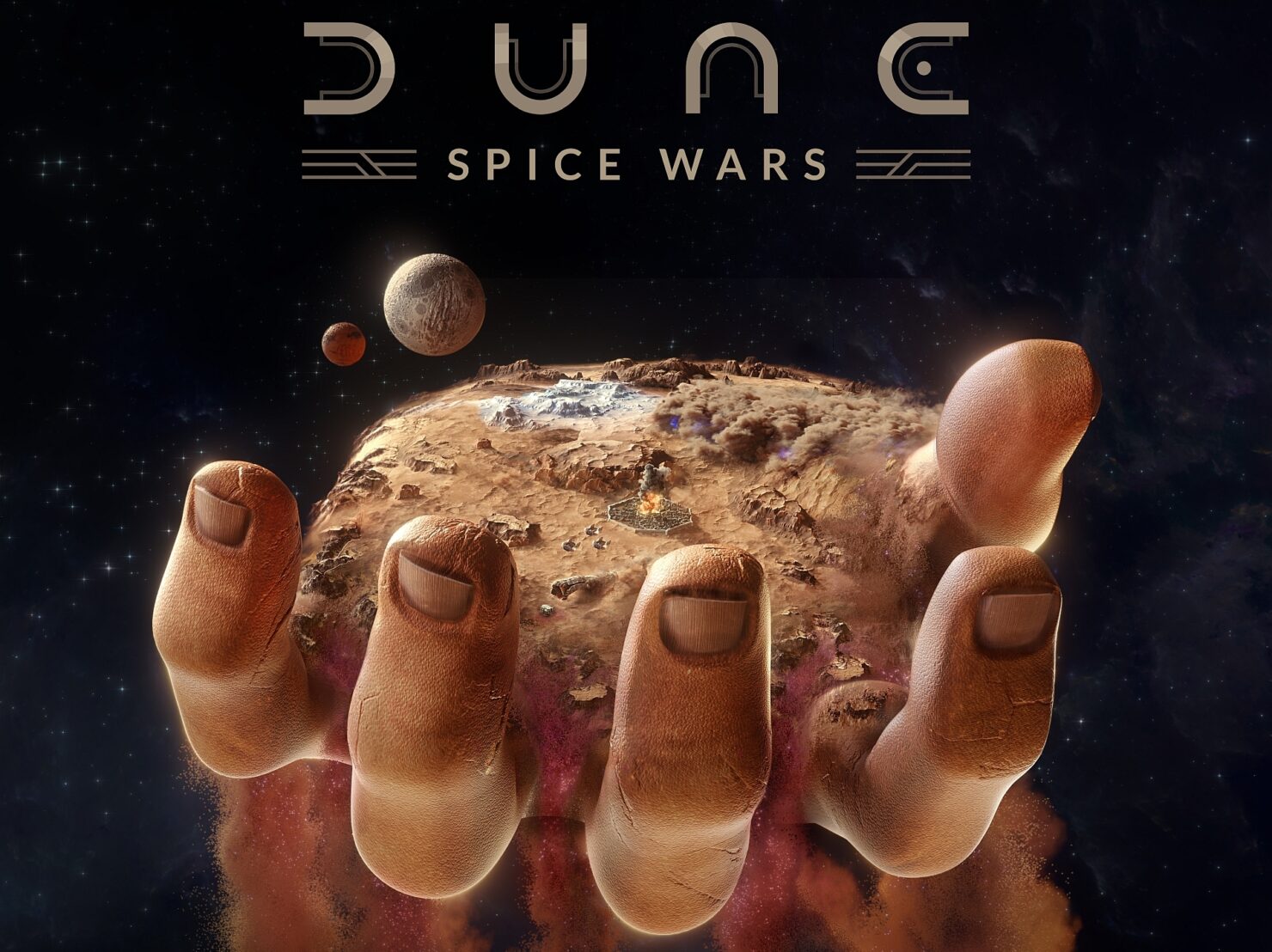 I feel bad. Not because of what I saw in my hands-off preview with Dune: Spice Wars. No, nothing like that. I feel bad because I have essentially wasted a brilliant sub-header on this preview rather than saving it for the eventual review. I understand that this isn't what you came into this preview wanting to read about, but you need to understand my plight! Anyway, let's talk Dune: Spice Wars and see if the first look at gameplay will, indeed, spice up your life. Also, now I can't stop listening to Spice Girls or a bit of Bryan Adams & Mel C.

What does this have to do with Dune: Spice Wars? Absolutely nothing; thank you for asking. What does have something to do with Dune are some impressions I got of the game from the presentation given by members of Shiro Games, developers of Evoland, Northgard, and the more recent Wartales. My first impressions of this? It's very brown. 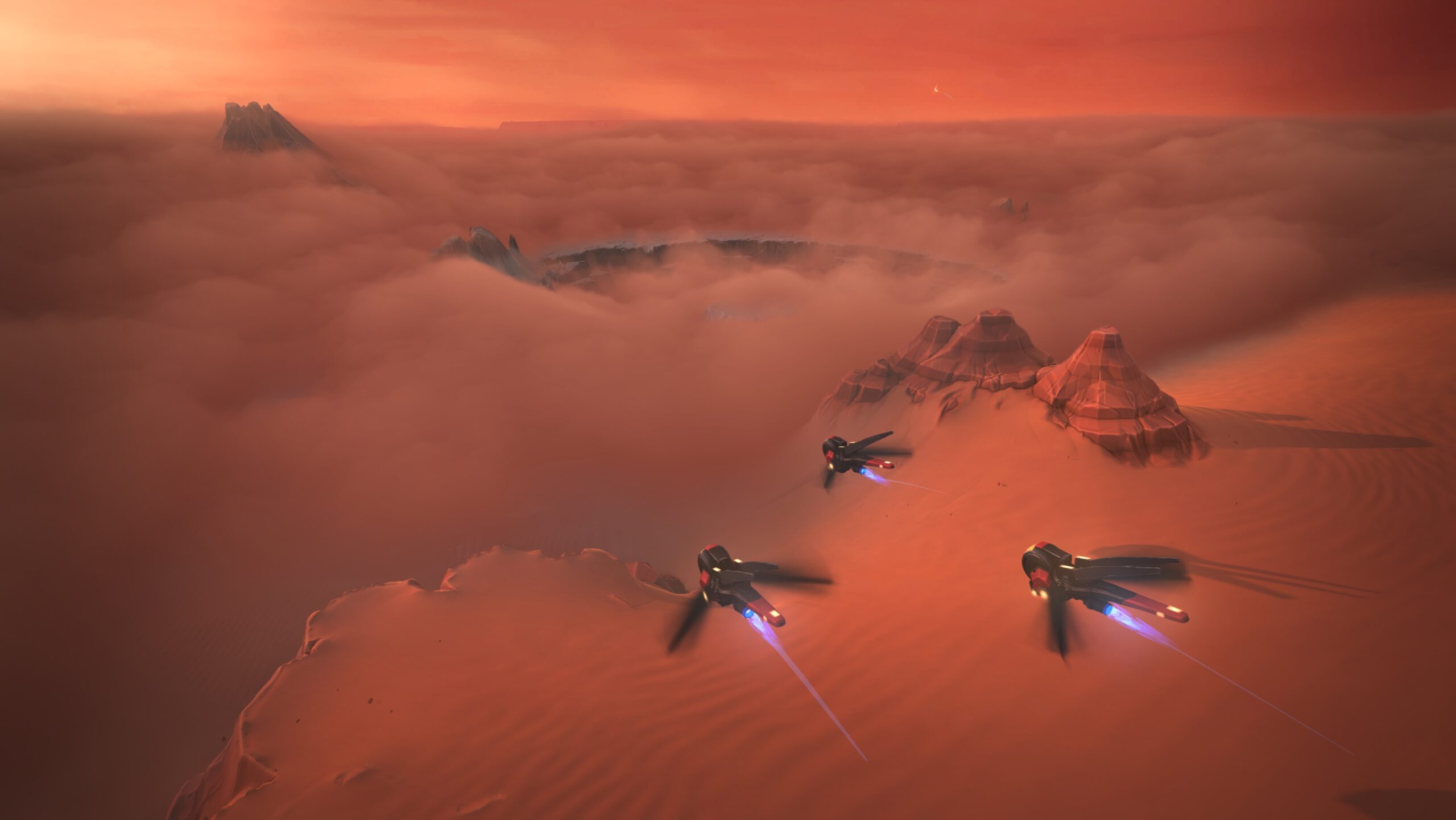 I know, low blow. Shiro Games have proven they can make a good 4X game, so this is in good hands. There are already exciting elements to be found here, with the deserts and the issues they bring featuring as core elements. You have multiple resources to concern yourself with, but water is a significant one, with a race to the pole being a primary objective of any campaign. Other resources include Solari, manpower, authority, influence, landsraad standing, and more. Of course, Spice is critical, with it having an impact on much as you go forward.

The game's balance of these resources remains to be seen, though early impressions certainly look positive. Spice, as you harvest it, can be balanced between being sold for Solari or stockpiled - and you'll need to stockpile some as there is an imperial tax to pay every month. This spice tax can change over time, with factions using their influence to make these changes. You will naturally have this ability too.

This is the politics of Dune. Your influence will be dependent on your Landsraad standing, which will rise and lower depending on your ability to pay the spice tax, and more. Your relationships with other factions also impact the landsraad. Diplomacy will be vital. Indeed, much of Dune: Spice Wars seems to be about what happens outside of battle, with espionage having a fleshed-out system to give you even more options on how to get ahead or cripple others. 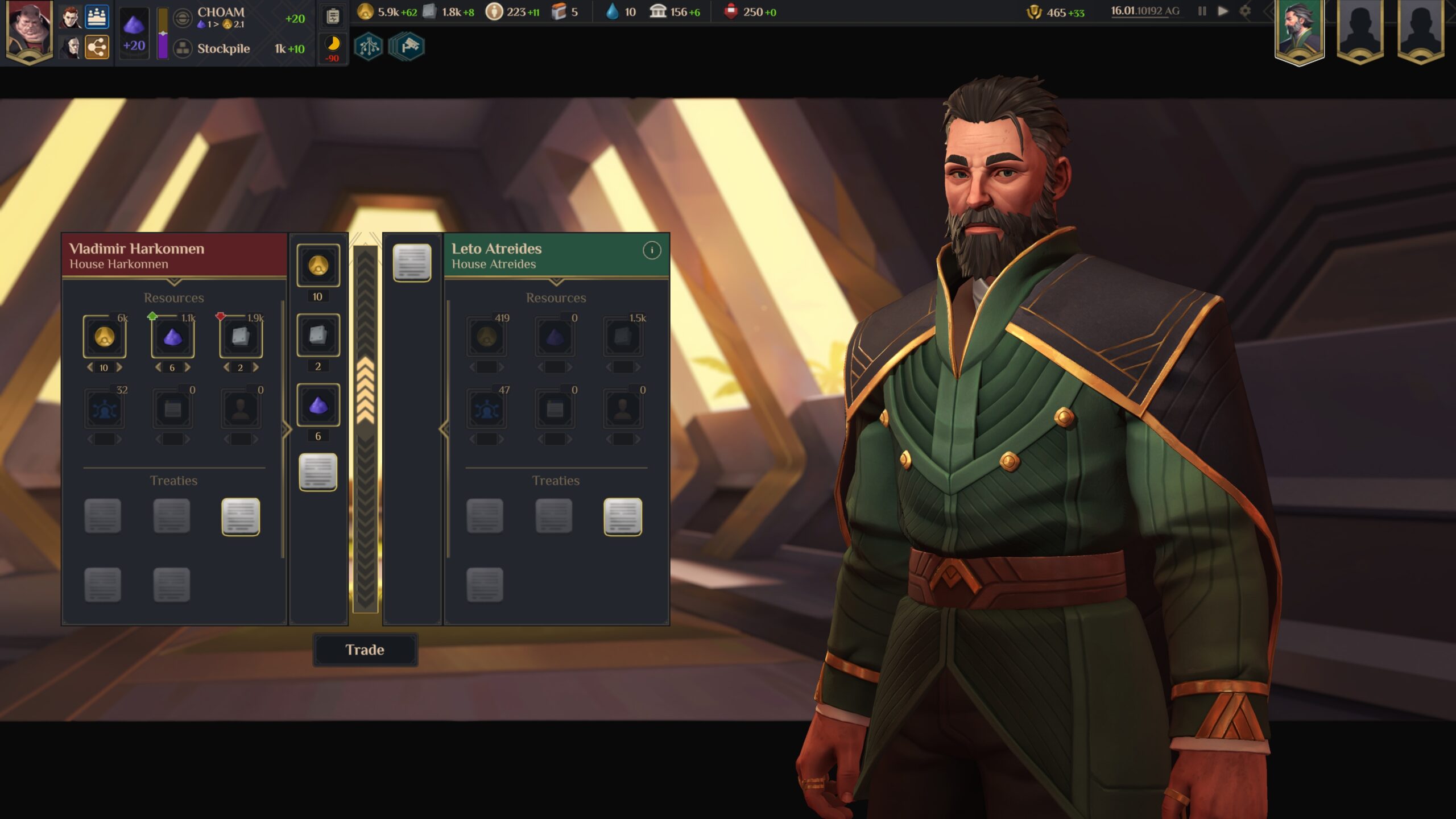 A lot is going on; that much is clear even from an early look at the game. You would almost think that it was a way to make up for the rather monotonous setting, though I imagine anybody who knows Dune knows that the sands cover up everything going on beneath. I don't doubt that this is the case here, with what looks like many features to work in synergy. That's before you even get to the fighting.

Small elements will also look to enhance battle further. Like attrition in other strategy games, there's a similar feature here. Each of your units will have supplies; these stay at their max level while inside your territory. However, venture out, and they start to deplete. Venture out into some of the worse sands before you've researched the right technology to withstand it, and your supplies will dwindle faster, with units taking a hit to health as this depletes. You will end up losing troops to the sands.

What I do find interesting is the scale of Dune: Spice Wars. Traditionally, you could expect a 4X strategy game campaign to last tens, to even a hundred hours, depending on the settings and your general aggressiveness. During the preview, Shiro Games indicated that a game here would last between three to five hours. It seems like a small amount of time, hearing it, but it's something I'll need to experience before I can say anything definitive. 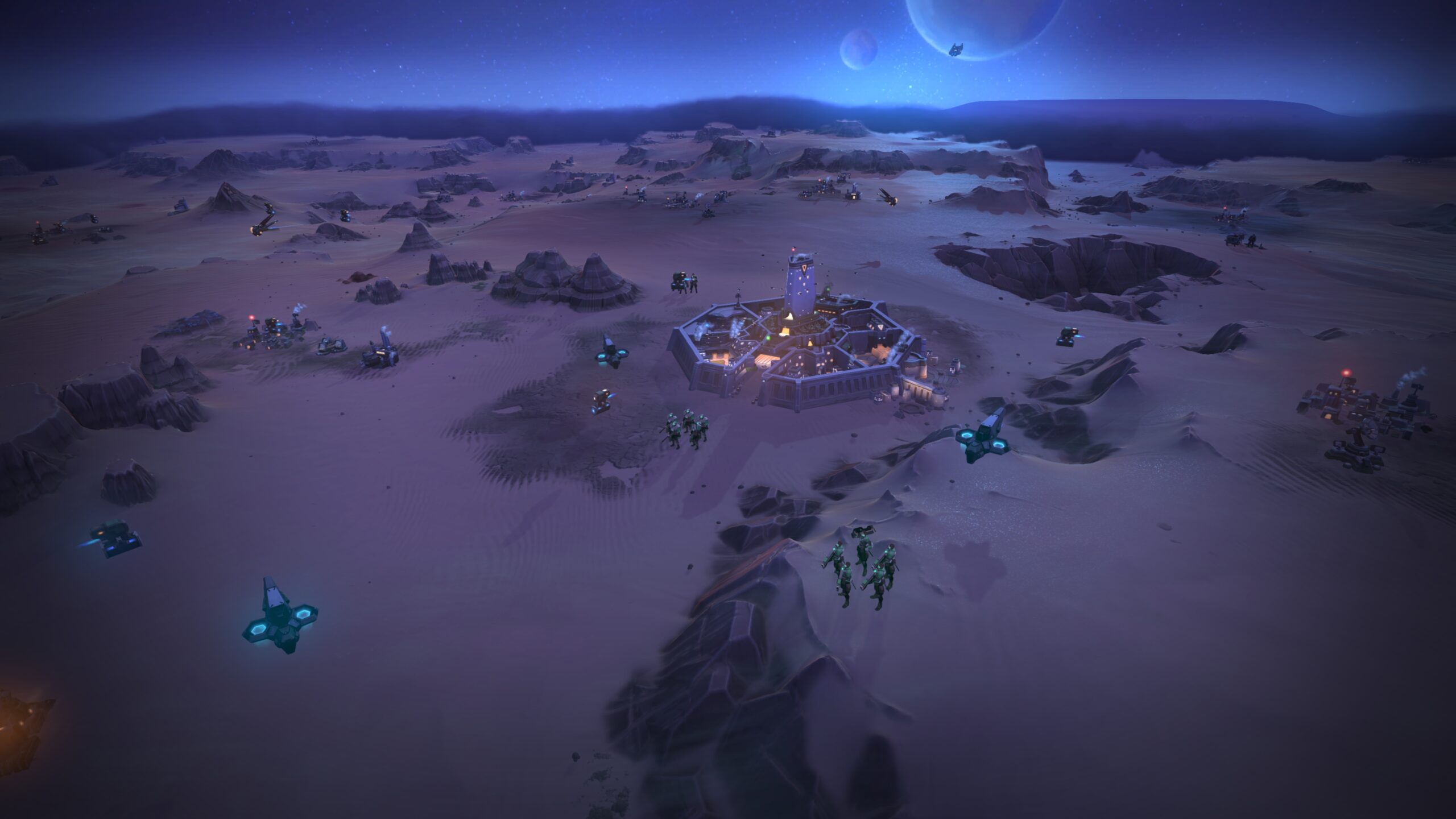 Other aspects, such as the day-night cycle and the general aesthetic of Dune: Spice Wars, are looking very promising already. It's hard to make a planet of deserts look good, but this seems to manage it. Maybe it's the vibrant colours, but I've found it somewhat appealing. It'll be interesting to see if this holds up across the multiple facets of the game, but Shiro Games have proven themselves repeatedly now, so I'm happy to be optimistic.

Dune: Spice Wars is set to be released into Early Access sometime this year, with Shiro Games and Funcom promising to update over time, with new game modes and more, based on the players' feedback. While I can't say I'm the biggest Dune fan (I've fallen asleep all three times I've tried watching the latest film), I'm looking forward to this.