Moons of Madness Shows Off 12 Minutes of Eerie Lovecraftian Gameplay 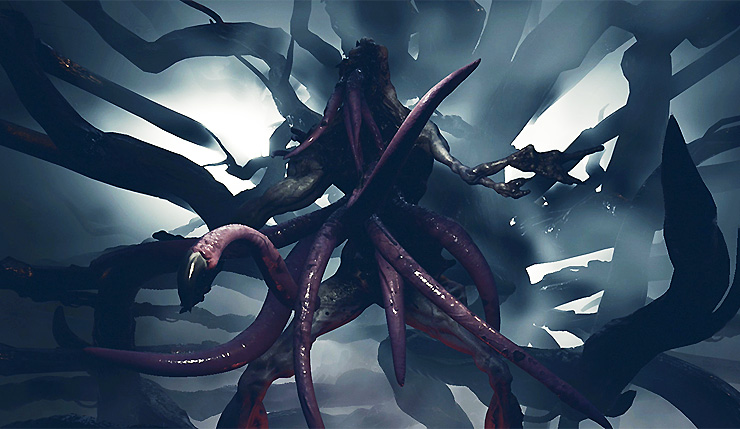 Lovecraft fans have been spoiled for choice recently with games like Call of Cthulhu and The Sinking City. Well, later this year they’ll have yet another option in Moons of Madness, which gives the usual weird horror tropes a sci-fi twist. Intrigued? Well, Funcom and develop Rock Pocket Games have released 12 minutes of E3 2019 demo gameplay, which you can check out below.

Not sure what you just watched? Here’s a little more info about Moons of Madness’ story:

In Moons of Madness you play Shane Newehart, a technician stationed at the Invictus, a secret research base built by the Orochi group. Your low security clearance means you are completely unaware of the existence of a mysterious, intelligent signal that has been detected on the red planet. Your job is simply to keep the lights on until the transport ship Cyrano arrives bringing with it a new team to take over your duties. Soon you discover strange and unusual setbacks. Crucial systems are malfunctioning, the greenhouse is filled with a strange mist and the rest of your team have yet to return from their EVA mission. You begin seeing and hearing things that aren’t there. Visions, hallucinations – or is that even what it is? Is this real… or are you slowly descending into madness?

I got a chance to go hands-on with the Moons of Madness demo at E3, and I mostly enjoyed what I played. As you likely gathered from the footage above, the game delivers some good creepy atmosphere, even if nothing terribly eventful happens within the game’s opening minutes. Overall, the game feels more polished than either Call of Cthulhu or The Sinking City, so hopefully this is the Lovecraft game fans have been waiting for. At the very least, it’s something dedicated survival horror fans ought to enjoy.

Moons of Madness creeps onto PC, Xbox One, and PS4 on October 31.