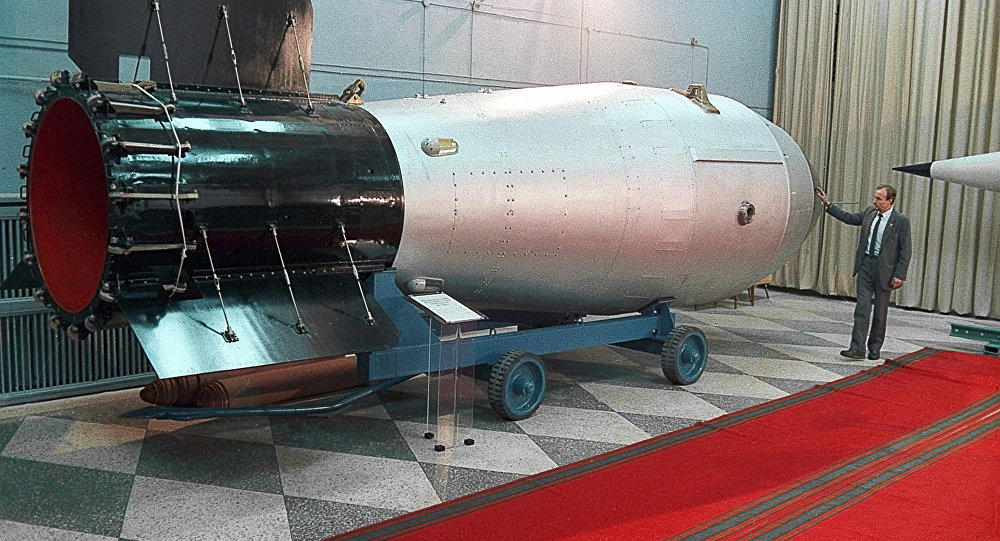 When things go beyond crazy...

Employees at the Federal Nuclear Center - a top-secret nuclear facility in Russia - have been detained after they tried to use the country's most powerful computer to mine bitcoin. Reports from Russia said that a criminal case has been launched against these employees. The facility's press release said that the efforts to mine bitcoin were "unsanctioned" as employees are not allowed to use computer facilities for private purposes "including so-called mining."

"Indeed, there was an attempt to unauthorized use of office computing capacities for personal purposes, including for so-called mining," Tatyana Zalesskaya, head of the research institute press department, said. "Such attempts have recently been registered in a number of large companies with large computing capacities, which will be severely suppressed at our enterprises, this is technically a hopeless and criminal offense."

The most powerful supercomputer in Russia wasn't supposed to be online but bitcoin happened...

It appears the supercomputer wasn't even supposed to be connected to the internet to thwart any chances of cyberattacks or intrusion. The All-Russian Research Institute of Experimental Physics (RFNC-VNIIEF) also known as the Sarov Facility hosts the country's most powerful supercomputer that can perform a quadrillion operations per second, suitable for nuclear scientific calculations. Sarov, Nizhny Novgorod region where this facility is located is highly guarded and wasn't even marked on maps for decades. The restricted area was used by the country to produce its first nuclear bomb during Stalin's rule.

However, despite working at a top-secret facility that is located in a restricted area, bitcoin appears to have tempted the scientists who resorted to mining cryptocurrency using workplace computers. The nuclear facility's security department was alerted as soon as employees tried to connect the supercomputer to the internet. They have now been handed over to the Federal Security Service (FSB).

It isn't confirmed how many people are involved, but media reports from Russia suggest at least two engineers have been detained. The nuclear center is calling them "mountain-miners." While the country would understandably not tolerate employees working at a sensitive facility trying to connect a supercomputer to the internet for the sake of mining, it should be noted that Russia is also trying to crack down on mining, as it's reportedly considering to launch its own, state-sanctioned cryptocurrency.