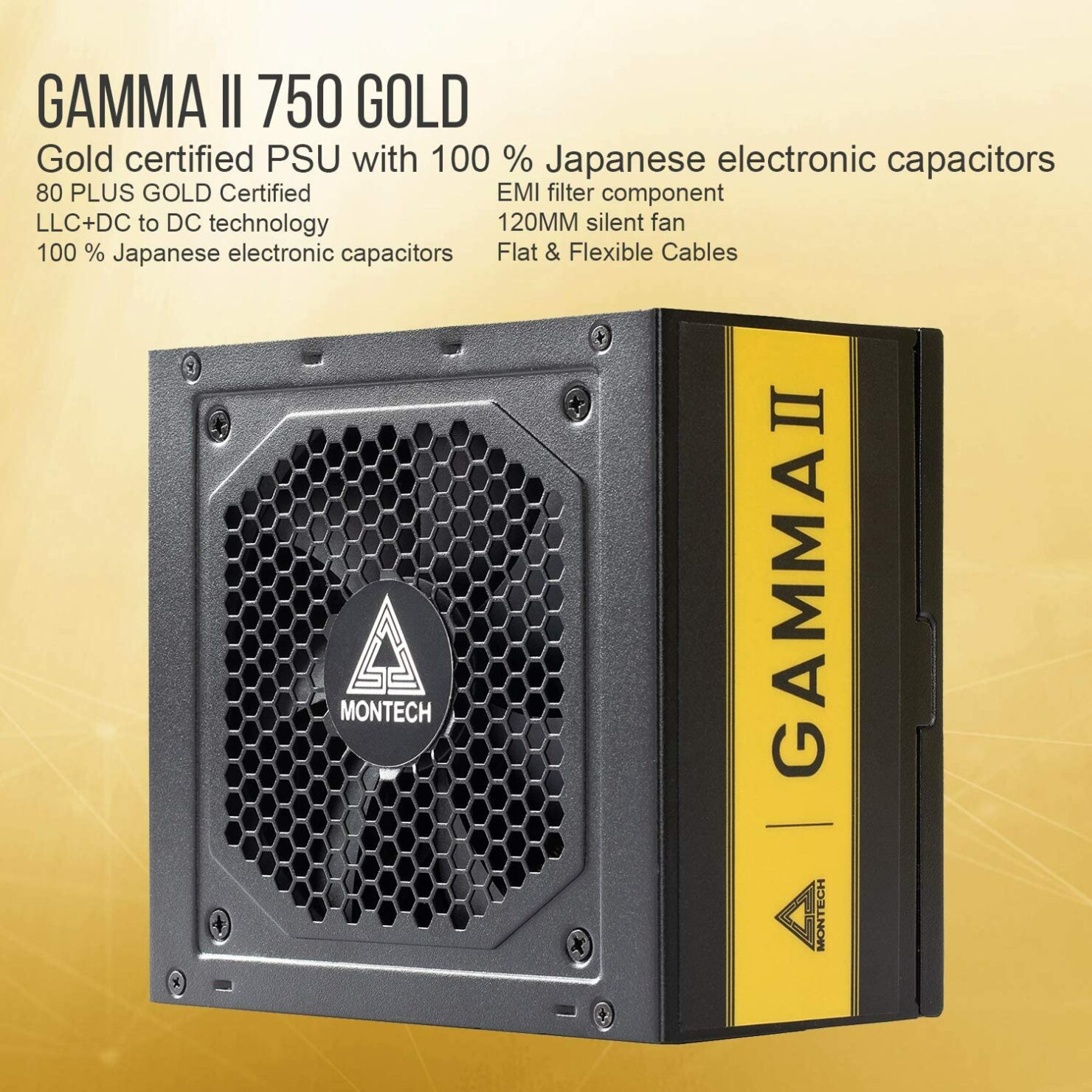 Montech has released an updated version of its successful Gamma power supply series that is called the Gamma II power supply series. This PSU series has three different capacities ranging from a 550-watts to 750-watts. This series is now available on both Amazon and Newegg with a starting price of $65.99 up to $79.99. 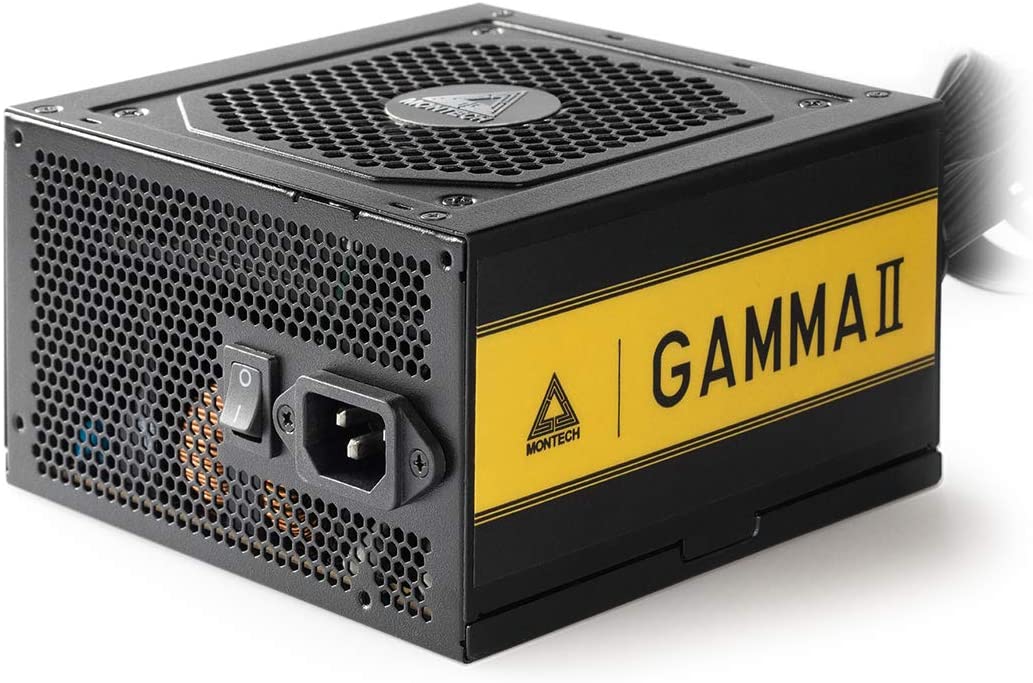 The 80 PLUS Gold rating states that these power supplies provide a minimum efficiency of 92%, which means that these power supplies generate less heat. The lower heat generation means that the included 120 mm fan remains quiet even during the heaviest of workloads. The included fan has a near-silent operation by having the fan only speed up when the load on the power supply increased to 70%. Below a 70% load, the fan stays at the slower but quieter, 750 RPM fan speed.

This high efficiency is powered by the advanced circuitry featuring an LLC design with a synchronous rectification based on the standard DC to DC topology. The DC to DC circuit design provides not only stable voltage output but also a wide range of compatibility. This design offers the maximum system performance for these power supplies.

The high reliability of this PSU is powered by the high-quality components which are showcased by the inclusion of only Japanese capacitors. These capacitors offer higher durability while still achieving incredibly tight voltages and an overall low ripple noise to enhance the power supply's performance. 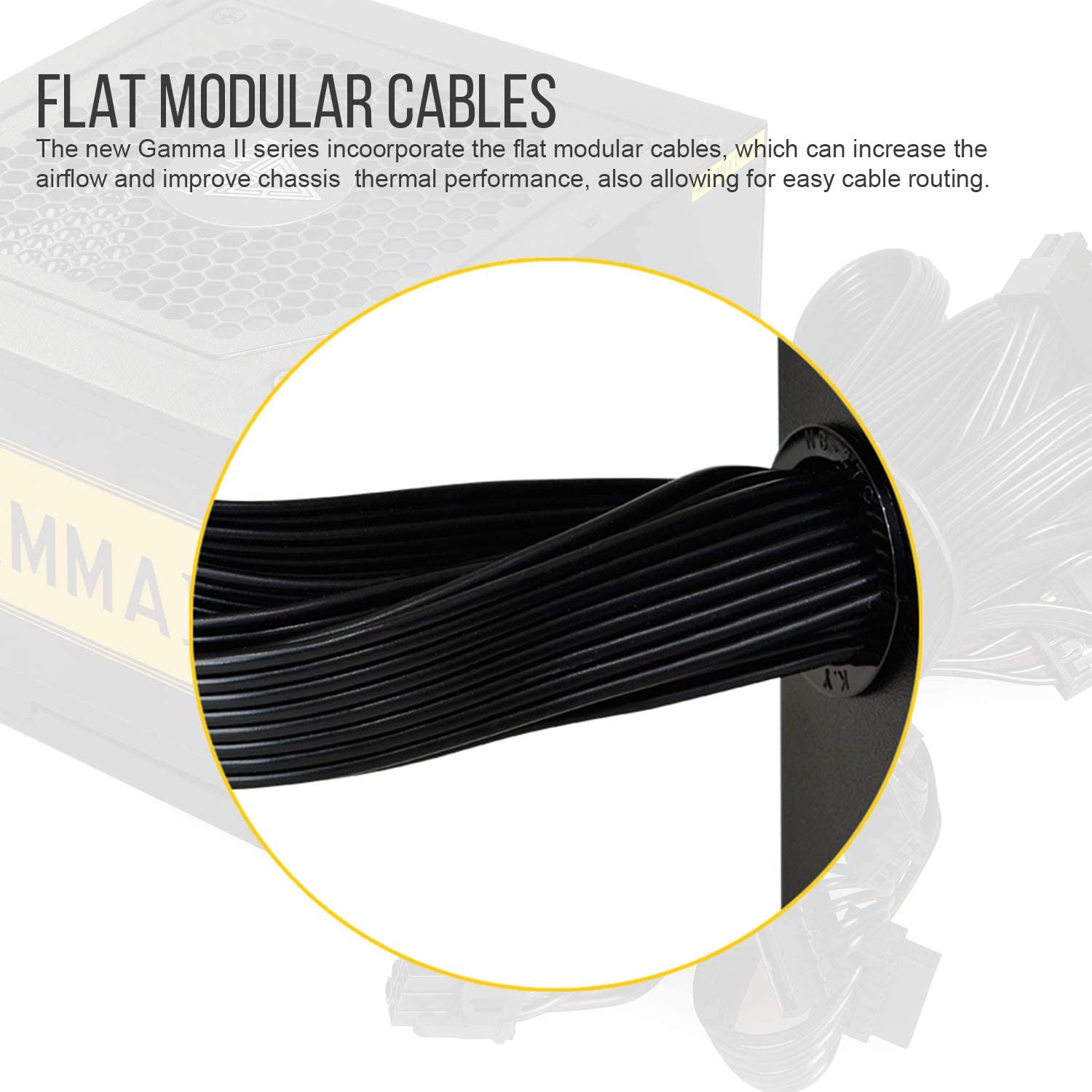 A unique feature that differentiated this power supply series from Montech's other newest power supplies series, Beta 80 PLUS Bronze, is the full flat cables which increase airflow in addition to offering an improvement to the chassis's thermal performance. This PSU series is currently available on both Amazon and Newegg. The 550-watt capacity PSU is presently priced at $65.99, while the 750-watt capacity PSU is priced at $79.99.

EVGA’s Announces BA and B5 Series PSUs at CES 2020