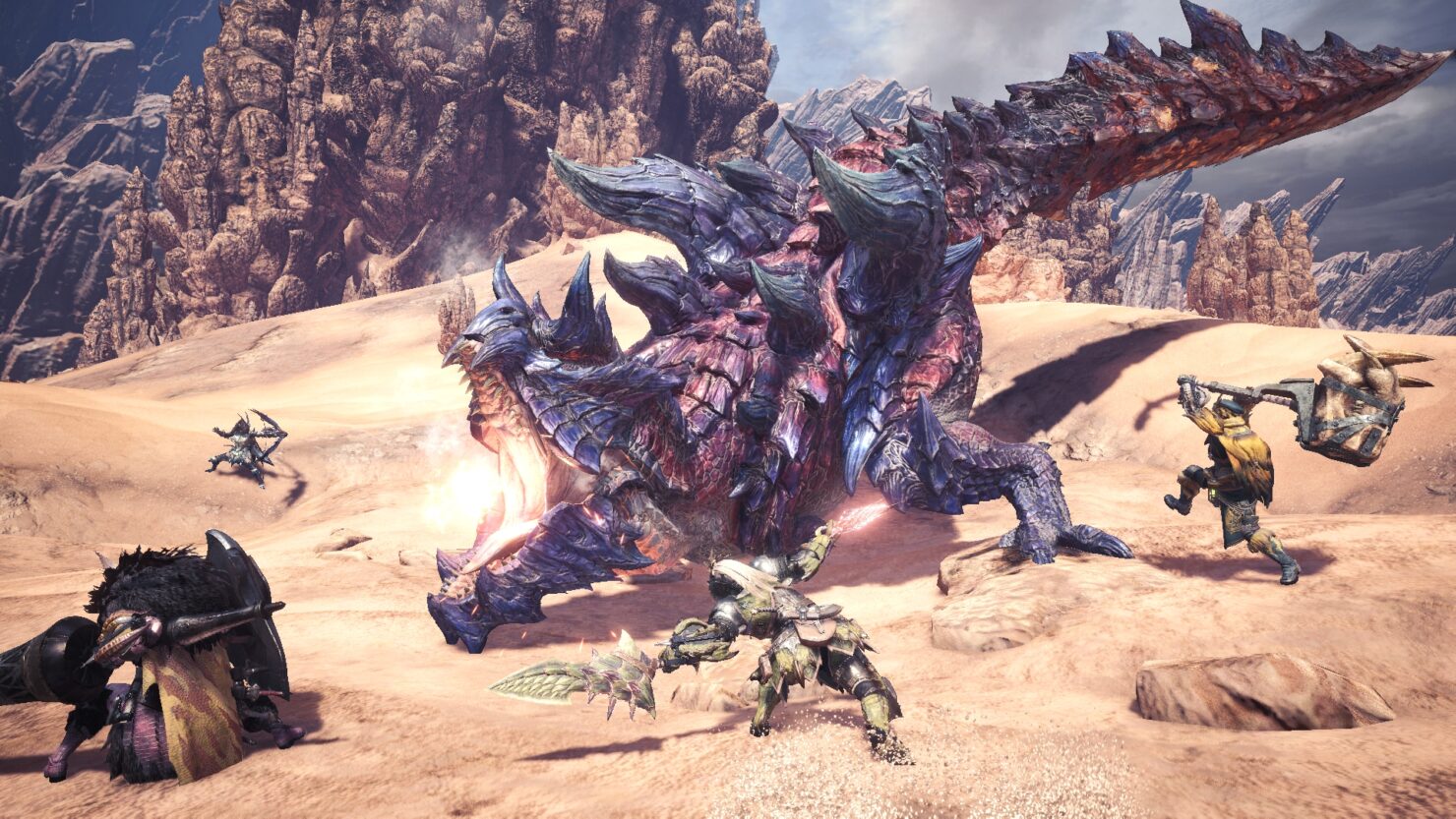 Monster Hunter World: Iceborne is now less than two months from its scheduled September 6th release (on PlayStation 4 and Xbox One, as PC gamers will have to wait until Fall).

CAPCOM is thus ramping up the activity surrounding the game and today they are revealing new information on the new monster subspecies and gathering hub to be featured in Iceborne.

There's also a bunch of new screenshots and a trailer, as you can see below.

Subspecies monsters join the roster in Iceborne, offering extreme, twisted variations that amp up the difficulty and require master-level hunting skills to defeat. The latest trailer provides a peek at just two of the ferocious variants that await: the electrifying brute wyvern Fulgur Anjanath channels lightning instead of fire and the fanged wyvern Ebony Odogaron is more vicious than ever with a wider attack range and dragon elemental. In addition to these fearsome subspecies, the fiery Glavenus, whose distinguishable roar was teased in the previous story trailer, wields its sword-like tail to wipe out hunters with its trademark sweep attack.

As part of the cozy new Seliana home base in Hoarfrost Reach, a streamlined Gathering Hub offers a warm welcome for hunting parties with more centralized facilities and features. Built around an interactive hot spring, hunters and Palicoes can conveniently manage all the pre-hunt necessities in close proximity such as the Smithy to craft gear, resource center to manage bounties or botanical research to harvest items. “My Room” is also accessible and features new personalization options such as furniture, décor, and colors, with a post-launch update planned to allow other players to visit each other’s spaces.

Further gameplay options offer additional flexibility for multiplayer hunting parties. A series-first scaling balanced difficulty which will adapt for a two-player team if others have dropped out or if a duo sets out to tackle a quest with their Palicoes in tow. The furry sidekicks will also get upgraded gadgets and new options such as the Shieldspire Stooge, a mobile decoy that draws a monster’s attention away from the player, the Meowcano, a giant jar that shoots out fireballs at enemies, and an enhanced Vigorwasp that can revive players immediately back into battle if they faint. New Squad Cards featuring info on the respective team can be sent to invite others to join the group, similar to how Guild Cards for each hunter can be traded individually. Sub-leaders have been added for Squad teams and can share duties on recruiting and accepting team requests.

Lastly, a new developer diary was posted on the official Monster Hunter channel on YouTube. For more on Iceborne, take a look at Kai's hands-on preview from E3 2019.