MiHoYo's next project is on the horizon, and a game announcement is imminent as the latest teaser is believed. The tease comes in the form of a website that allows players to interact with a CRT to see the news of an unusual event happening around Janice. The game that will be announced for those unaware is Zenless Zone Zero.

Zenless Zone Zero's upcoming announcement is teased through a calendar on the teaser website. According to it, we'll see the information about the game on May 13. However, MiHoYo also left a couple of easter eggs for players to find. Perhaps some of them can be used as information regarding the upcoming game. 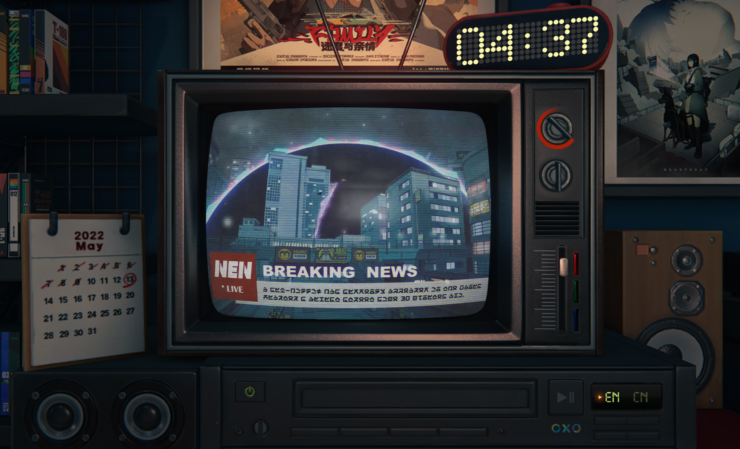 Turning the TV dial has players see a news transmission that reports on an unusual incident. Here's what's said in the news report:

A sub-Hollow has suddenly appeared on the Janice quarter’s August streets some 30 minutes ago. Public security has established a level two control zone, and is currently evacuating residents.

Turning the upper dial of the CRT also sees a male voice talking over constant interference. The message is a bit vague, so it will probably be updated in a bit. However, it seems like the voice is talking about events that are correlated to the news broadcast seen on the lower dial. What could it mean?

Well, there's one more bit about what will happen when the announcement comes by. Looking at the website's source code, we see mentions of an upcoming beta (and subsequent sign-ups) for the game. This beta is likely to be announced during the showcase of Zenless Zone Zero by MiHoYo on May 13.

In other news, it's been recently reported that Microsoft's Forza Horizon 5 can run on the Steam Deck with framerates of up to 60FPS. A new comparison video shows how the game runs on Steam Deck compared to the Xbox consoles.