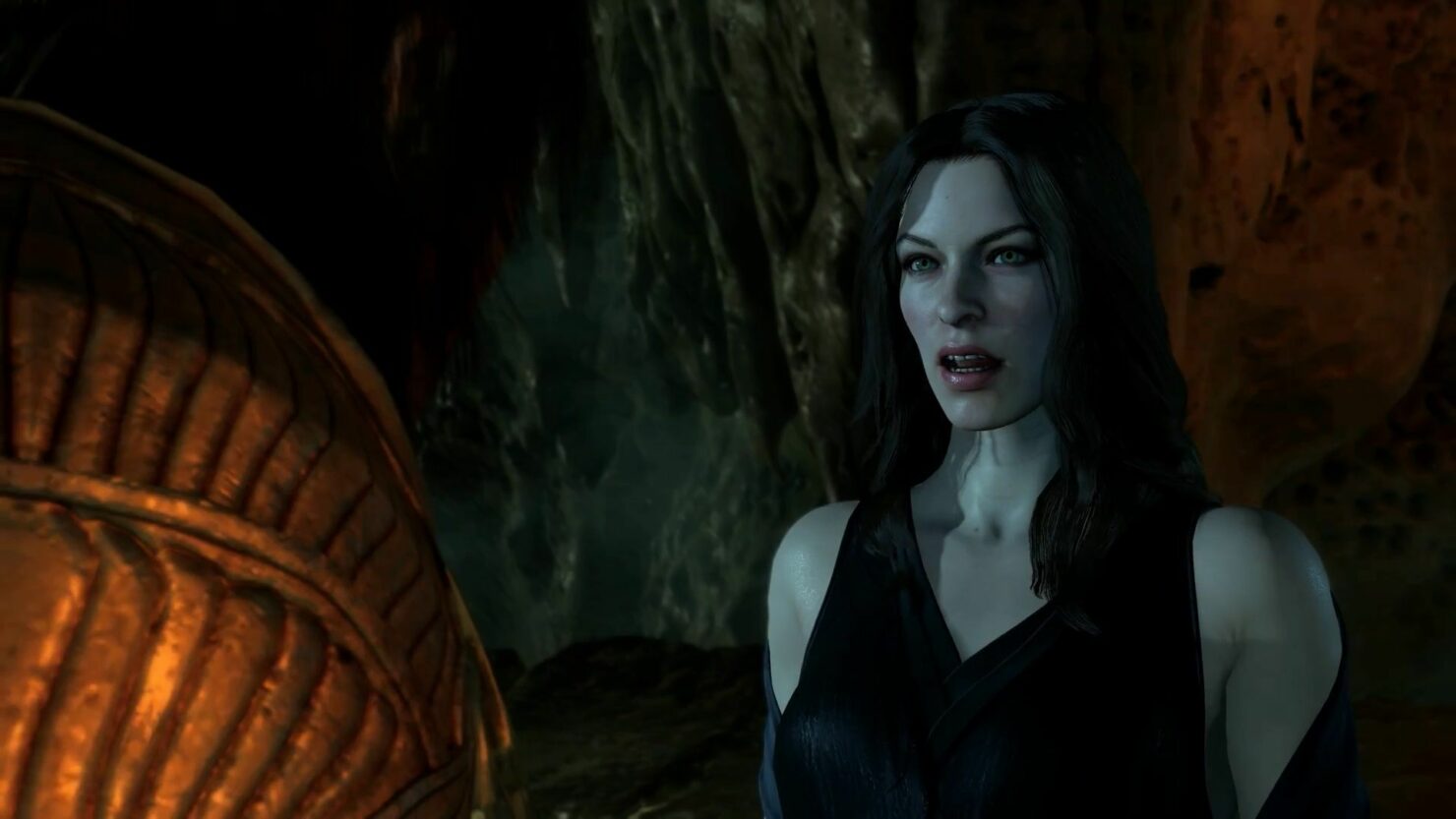 At San Diego Comic-Con 2017, Shelob was revealed to be a central character in Middle-earth: Shadow of War. In the new trailer, available in 4K resolution, Shelob appears to be holding the new Ring of Power forged by Celebrimbor and Talion, which allows her to take on a fair human form as well as sharing a vision of Minas Ithil's impending fall.

While Celebrimbor clearly doesn't care, Talion still wants to help his fellow human Rangers of Gondor. At some point in the trailer, he asks Celebrimbor how much of his soul was lost while forging the One Ring for Sauron. And then, of course, there are glimpses of the actual boss fight with Shelob - in spider form.

Monolith Productions also hosted a panel at San Diego Comic-Con yesterday, though there are no recordings of that. Still, we do know that Troy Baker returns to voice Talion and to direct overall capture performance; Alastair Duncan (Westworld) returns as the dead elf Celebrimbor, while Laura Bailey will play Elthariel, the elf elite assassin sent by Galadriel.

Kumail Nanjiani (“The Big Sick,” “Silicon Valley”) and Pollyanna McIntosh (“The Walking Dead,” “Hap and Leonard,” "The Woman”) are also part of the voice cast.

Middle-earth: Shadow of War aims to expand every single aspect of its successful predecessor, 2014's Shadow of Mordor, from a bigger storyline to a much larger world, from the enhanced Nemesis System to RPG-like progression. It's set to launch on PC, PlayStation 4, and Xbox One (with Xbox One X support) on October 10th, 2017, having been delayed from its original late August release date.

Kai tried the game at E3 2017 and left with a positive impression. You can find Shadow of War's PC system requirements below, taken from the game's Steam page.