Microsoft announced the revised version of its Windows 10 emoji a week ago. However it seems that there are some Windows-only add ons hidden in there. There will be six new emojis in it that will be exclusive to Window 10 only and all of them will be featuring Windows ninja cat. So currently the users who are testing the Windows 10 exclusive Anniversary update can simply combine the ninja cat emoji with other emojis just to see the ninja cat additions. 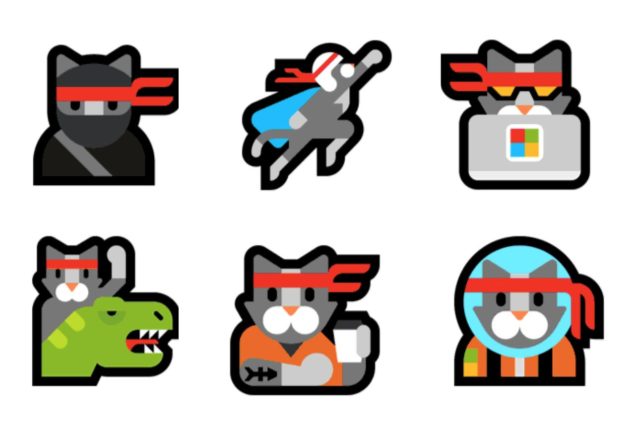 According to the reports, Emojipedia has provided the details of the secret additions including the ninja cat, flying, at a computer, riding a T-Rex, drinking coffee, and in space. This ninja cat addition to the Microsoft is was first discovered and revealed a year ago during the launch of Windows 10 and with the passage of time it has turned into a meme for most (if not all) of Windows fans. This ninja cat emoji has been morphed into a lucky charm for the Windows Insiders Program. Microsoft has also used this ninja cat previously in the Skype emojis and also given out stickers of the ninja cat to promote it amongst its users.

“We wanted to share some cool work from our design team that is showing up in this build. We are updating the entire set of font-based emoji in Windows 10 that aligns with the Microsoft Design Language with a distinct visual style as well as the Unicode standard,” Microsoft says. 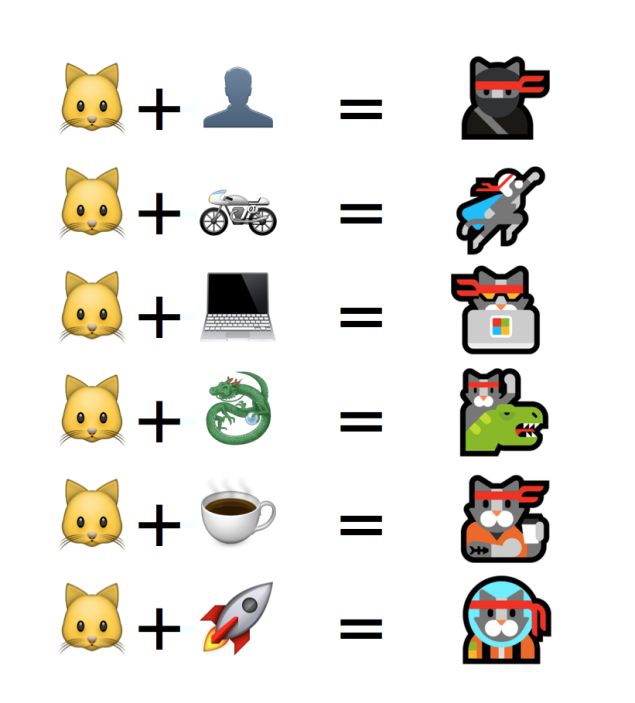 Microsoft is all set to roll out its all new design language for the emojis that its users love to use. The company is expected to incorporate a black border around each of its emoji characters which will give it a more unique and distinctive look. Although the users will be having the five skin tone options that were introduced with the advent of the Windows 10 emojis. The company has now turned the default skin tone of the emojis to yellow for a unique and different experience for its users.