Microsoft has announced a major Xbox Games Showcase for July 23, and long list of games, including Halo Infinite, Rare’s Everwild, and new projects from Playground Games and Obsidian are either confirmed or rumored to be included. Unfortunately, a new rumor states one closely-watched Xbox studio won’t be participating in the big show.

According to VentureBeat’s Jeff Grubb, Microsoft’s new studio The Initiative won’t be showing their first game this month despite rumors to the contrary from other corners of the Internet. Apparently, this is mainly just a case of timing – The Initiative was only founded in 2018 and whatever they’re working on just isn’t ready for prime time yet. Of course, take this with a grain of salt, but most of Grubb’s predictions about this year’s digital gaming events have come true.

The Initiative was founded by Crystal Dynamics and Activision veteran Darrell Gallagher and has poached talent from a number of other AAA studios like Rockstar Games, SIE San Diego, and EA DICE. Microsoft has yet to announce what The Initiative is working on, but Phil Spencer has said they’ve been tasked with doing “new things and old things in new ways.” Rumor is they’re working on a revival of Rare’s Perfect Dark franchise, but we’ll just have to wait and see if that turns out to be the case.

In another somewhat odd development, The Initiative’s Twitter account was wiped clean today. Some thought that was a sign the studio was “relaunching” at the Xbox event this month, but given the latest rumors, it seems that may not be the case… 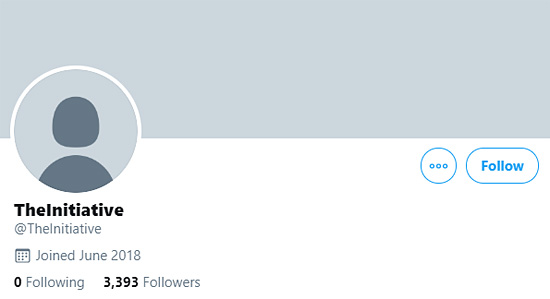 What Xbox Game Studios titles do you expect/hope to see on July 23? While we probably won’t be seeing The Initiative’s new game, Grubb hints Halo Infinite, a new Fable from Playground Games, Psychonauts 2, a new project from InXile Entertainment, Senua’s Saga: Hellblade 2, and more Forza might be shown. Expect some major new Xbox Game Pass announcements as well.