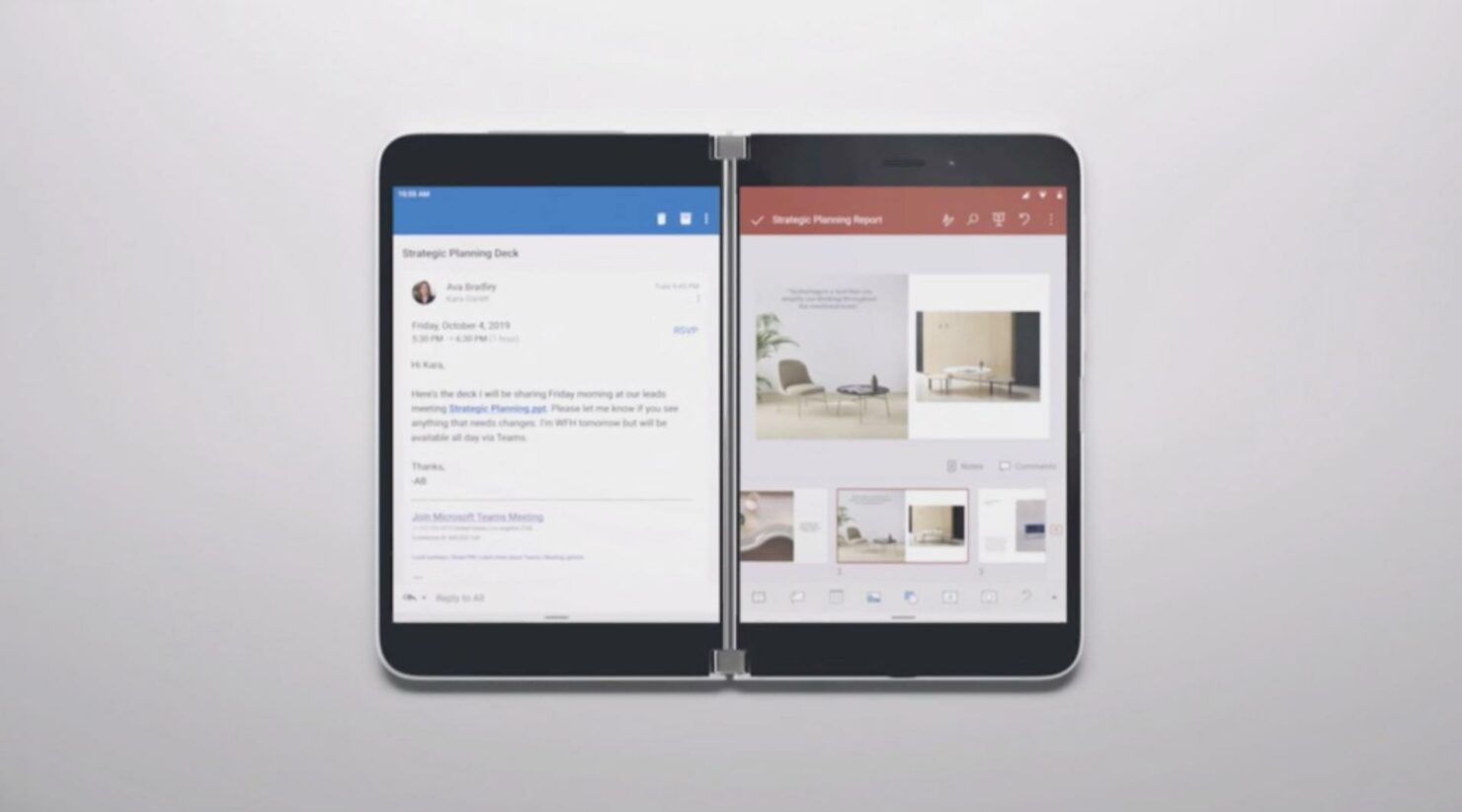 Microsoft wasn’t keen on unveiling any Surface Duo specs during its keynote that took place last year. However, what was revealed is that the device was able to run Android and make calls at the same time. Unfortunately, when it comes to performance, it doesn’t look like the Surface Duo will be competitive on this front, as well as other areas, according to the latest specs leak.

256GB Edition of the Surface Duo Will Also Be Arriving, but the 3,460mAh Battery Might Disappoint

We should thank Windows Central for providing key info surrounding the Surface Duo specs, even though you’ll be disappointed by them if you wanted the best of the best. Apparently the foldable device will ship with a Snapdragon 855. This SoC is slower than the Snapdragon 855 Plus, and what’s disappointing is the fact is that there isn’t a Snapdragon 865 running inside, with only a few months remaining for the Snapdragon 875 to officially launch.

In addition to the previous-generation SoC, other Surface Duo specs include 6GB RAM, along with a rather small 3,460mAh battery. For a device that sports places to incorporate two batteries, Microsoft sure decided to skimp out on this category, irrespective of the fact that it measures 4.8mm in thickness. At least we can be happy that Microsoft didn’t retain a microUSB port for the Surface Duo, as it ships with a USB-C output, but no support for wireless charging.

There’s no NFC either, meaning contactless payments is out of the question. As for the storage, the Surface Duo is expected to arrive in the 64GB capacity, with a 256GB edition apparently being prepared as well. As for the optics, there’s an 11MP camera at the top-right corner of the screen with an F/2.0 aperture and 1.12μm pixel width. Windows Central says that the image capture quality is sufficient for most people, but it isn’t on the same level as an iPhone or a Pixel, which was expected.

The Surface Duo launch is officially slated for a holiday 2020 release, but pricing information hasn’t been divulged yet. Who knows, perhaps we’ll get to know more about the leftover details in the near future, so stay tuned.

While you’re at it, you can also read out op-ed piece on the Surface Duo.