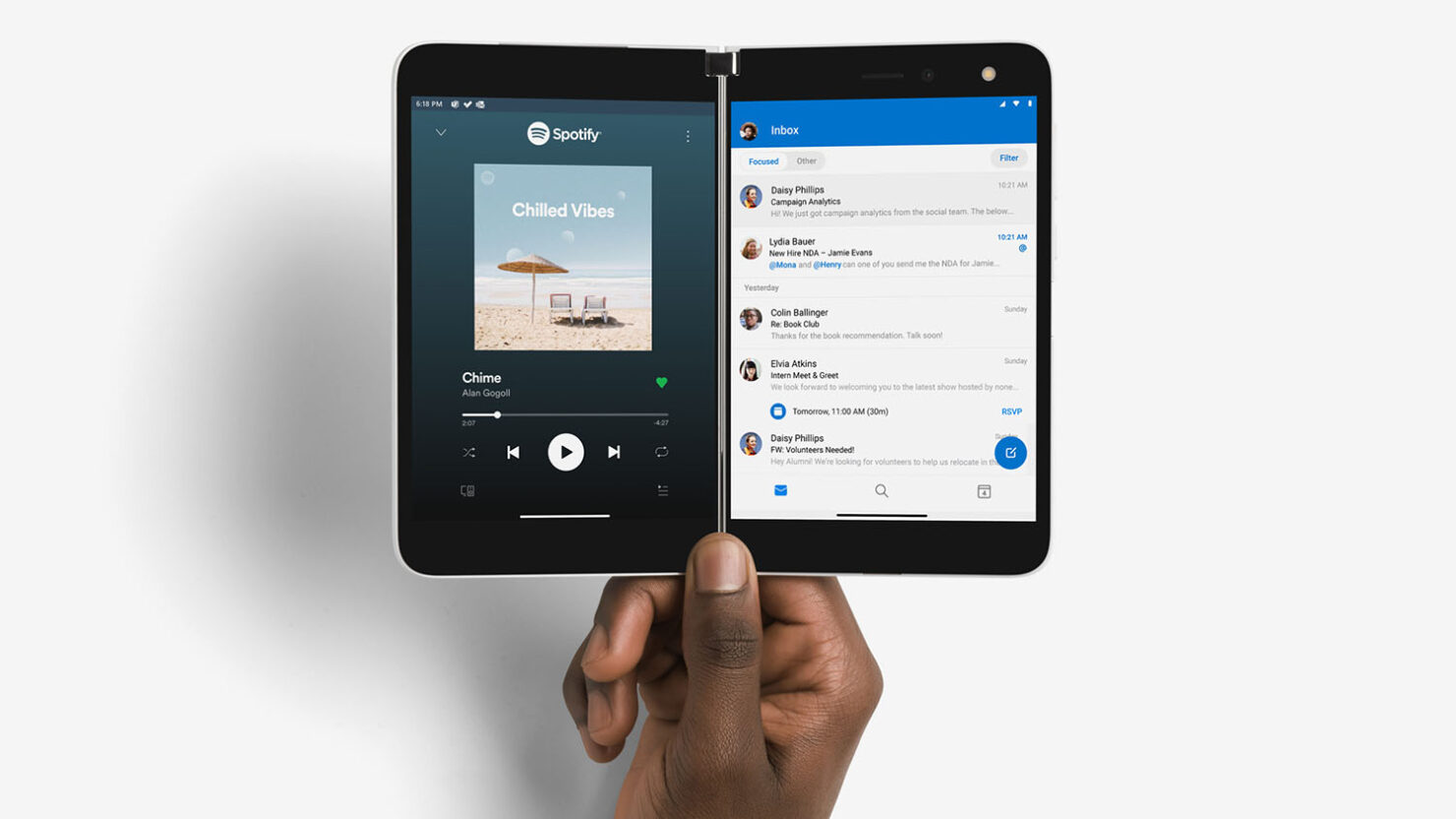 For $1,399, the Microsoft Surface Duo represents what premium dual-screen mobile devices are all about. Unfortunately, one user that received his unit isn’t too pleased with the build quality and has decided to take his findings public on Twitter while also comparing the Surface Duo to the Galaxy Z Fold 2 in terms of overall finish, stating that Samsung’s foldable flagship’s build is far better than what Microsoft has produced.

According to @RyneHager, the Surface Duo shouldn’t be priced at $1,399 because if you check out the images he’s shared, there are lots of glaring design issues that have resulted in the compromising build quality of the dual-screen handset. Firstly, the mentions that the fingerprint sensor is crooked, and the raised glass front and back have an unprotected edge that he claims can easily be chipped off, most likely if it strikes against a sharp or hard object.

If this was an inexpensive phone, these build quality issues might have been forgiven but if Microsoft expects customers to cough up $1,399 for this, then it should deliver a pristine product sporting a near-perfect finish. Opening the Twitter thread, another user has blamed the design team engineers for not fulfilling their responsibility.

“A lot of build quality issues come down to design. Design team engineers should have their tolerances and brackets for interlocking parts nailed. They also help design the tools for assembly. The sensor should only be allowed to fit in straight. The glass is unforgivable too.”

Someone also highlighted that the review unit Android Central received had the same build quality issue, though readers would have to notice the flaw by zooming into the image.

Looking at @androidcentral’s review, their unit seems to have the same issues — especially the crooked fingerprint sensor (if you zoom in on it you can see exactly what you showed in your picture) pic.twitter.com/MoEQUg1mvg

If Microsoft is able to place a ton of emphasis when it comes to design and build for its other Surface lineup of products, perhaps the software giant could have made a little more effort for the Surface Duo as well. Hopefully, when the second-generation Surface Duo releases, we might see these little problems addressed, but for now, the company should have done better when it comes to a $1,399 product.