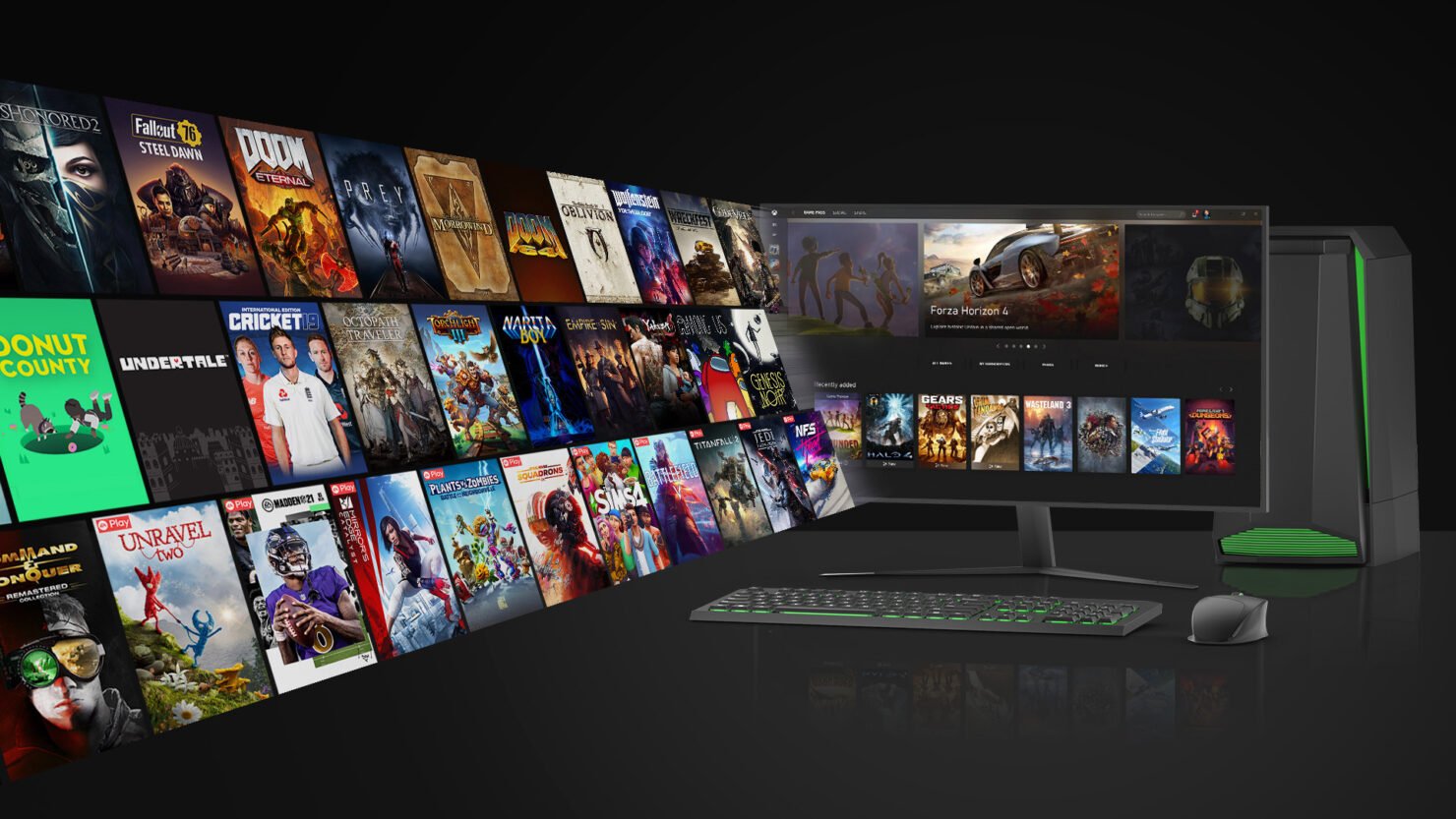 As rumored earlier this week, Microsoft's Head of Xbox Game Studios Matt Booty posted an update on its commitment to PC gaming today, starting with a great piece of news for all Microsoft Store developers. Beginning on August 1st, the revenue share will be changed from 70% to 88%, thus matching the Epic Games Store in this regard and allowing game developers to retain a greater amount of revenue from their hard work.

Booty also revealed that Halo Infinite will feature crossplay and cross-progression functionality for its multiplayer modes, allowing PC gamers to play on Xbox One and Xbox Series S|X too should they desire it, with progress shared across all platforms. The executive went on to promise a 'premiere PC experience' for Halo Infinite, including support for ultrawide and super ultrawide screens, triple keybinds, a wide variety of advanced graphics options, and more.

Quality of life enhancements are coming later this year, too, including improved install reliability and faster download speeds. That's definitely great news, as these were historically some of the biggest drawbacks of the Microsoft Store when downloading games.

Booty then recalled all of the additions that Microsoft made recently to the PC gaming experience, from the Auto HDR feature (currently available on Windows 10's Insider Preview build) to Xbox Cloud Gaming beta, DirectX 12 Agility SDK, and the upcoming arrival of DirectStorage to PC gaming.

We know that we still have a lot of work to do, but based on the response from both PC gamers and PC game developers, we think that we’re headed in the right direction for this community with the investments we’re making. We have never been in a better position as an organization to deliver for PC gamers, with Xbox Game Studios and Bethesda developing content for both PC and Xbox, the Windows and DirectX teams creating technologies that empower developers and provide PC players with features that specifically take advantage of PC hardware, Xbox Game Pass for PC featuring games for every type of PC gamer with Xbox Game Studio games coming on day one, and the ongoing evolution of the Xbox app and Xbox Game Bar. We’ll continue listening to the community to ensure we’re delivering on our promises, and respecting how players choose to play. This is especially true as we head into the second half of 2021, when our work across the entire PC ecosystem has the potential to come together in a way that propels the industry forward and brings great games to more gamers around the world.

Over the past few years, Microsoft has undoubtedly made good on many of the promises made by Head of Gaming Phil Spencer to PC gamers. They've brought all of their first-party titles to PC not only on their own Microsoft Store but on Steam as well, and Xbox Game Pass is doing great as testified by the latest quarterly report.

The biggest feature that's still missing is modding, which is only available in a very limited way for games downloaded through the Microsoft Store. With Bethesda now part of the Microsoft family, though, perhaps that will change as modding has always been critical to their games.

On that note, Starfield is rumored to be launching later this year on PC and Xbox. E3 2021 isn't too far off, so we should learn whether that's true in the next few weeks.