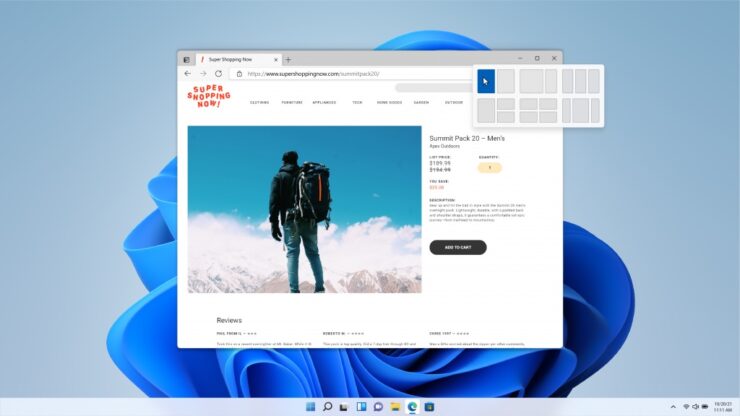 Windows has allowed multitasking for a while now, whether through virtual desktops, multiple windows, or by allowing you to snap open apps side by side. However, Microsoft is taking these features a little further in the new Windows 11 operating system. The company introduces Snap Layouts, Snap Groups, and Desktops that will take the multitasking game to an entirely new level.

So, what exactly do these features mean for users? Traditionally, users could arrange the apps and windows in a layout that worked out for them, and the company has now tried to make this even better. The Snap Layouts feature will allow you to arrange the open windows in more ways than before. For example, you can arrange it as squares and even as longer, thinner windows. This feature seems to take its inspiration from the FancyZone utility, but it is more user-friendly.

The company says that not only is this feature easy to use, but Windows 11 will remember your choices of arrangement for the future as well. So, the next time you choose to change layouts, you can easily access your previous choice.

Another interesting feature introduced today is Snap Groups. This is an extension of Snap Layouts and will help you to group your apps. So, if you are working on something that requires you to keep multiple programs open, this feature will give you easy access to those apps and windows. So, for example, if you are working on a multi-program project and you get interrupted by a message or an email in between, you can go back to your project easily with just a couple of clicks. 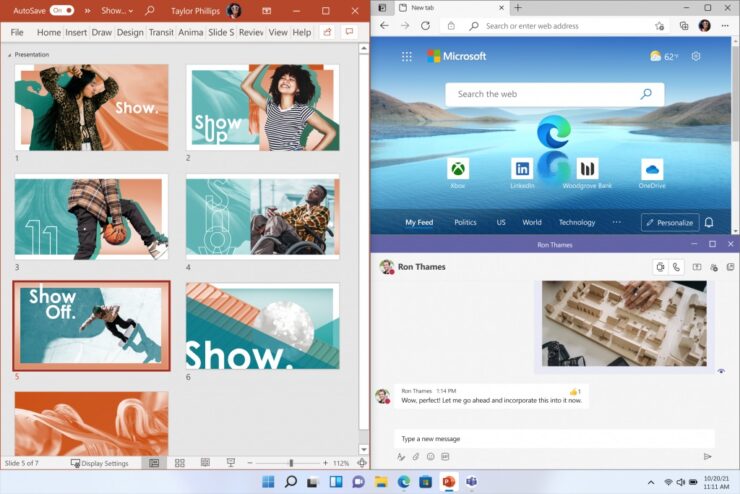 The feature will work with multiple desktops as well, so you will have a smooth multitasking experience on all levels.