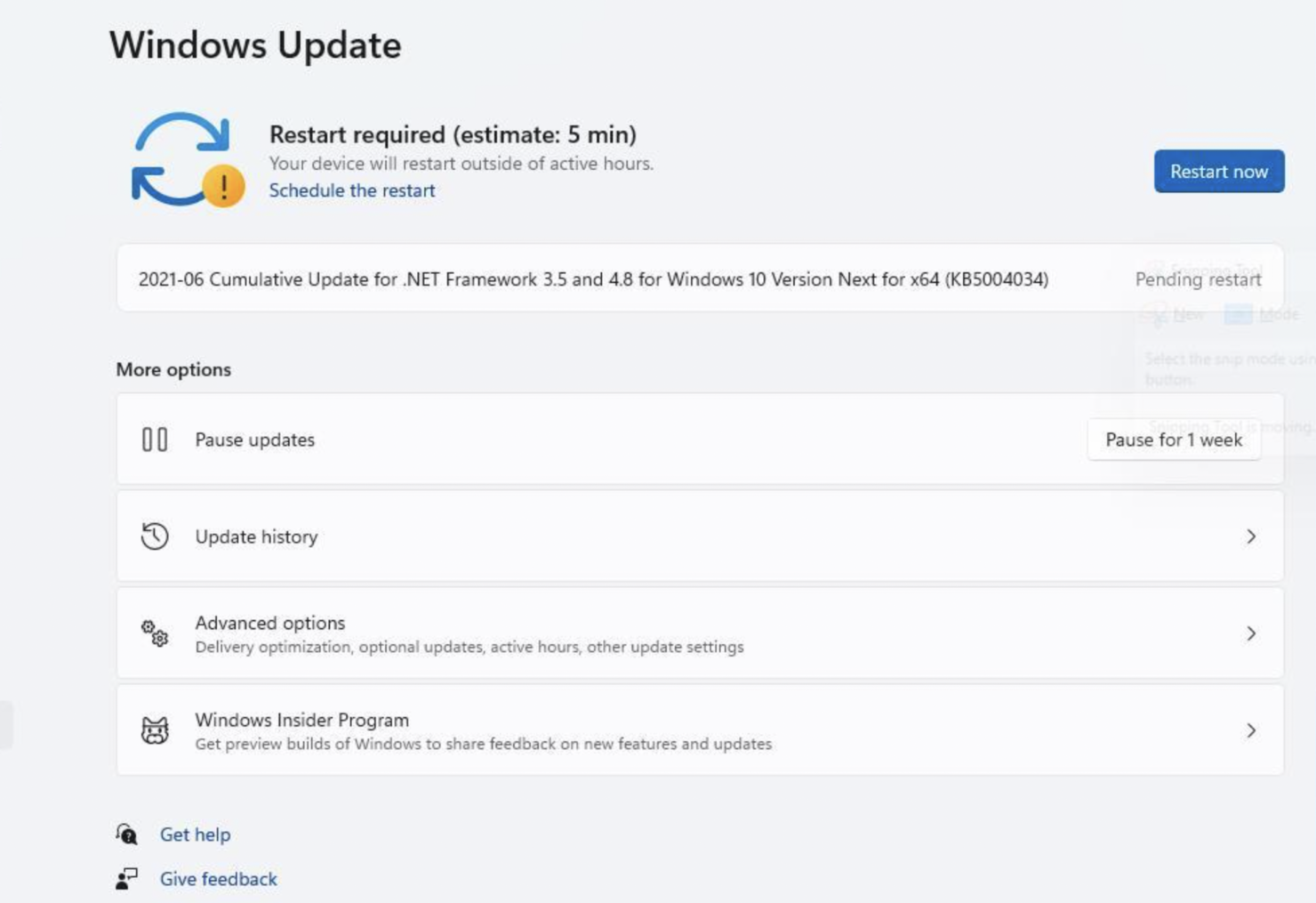 Introduced in 2015, Windows 10 managed to get a lot of hate despite being quite an impressive operating system. The biggest complaint that its users have had is around Windows updates. From forced updates to updates breaking things to updates pushing for restarts that would take an hour to finish, it's almost always been around the update process.

It appears things are going to change with Windows 11 updates. Panos Panay did focus on the update process a bit when he introduced us to Windows 11 last week. Microsoft promised that Windows 11 updates would be 40% smaller and more efficient. The company also said it would release only one feature update a year instead of two for Windows 10.

Should you restart right away or wait until eod? Windows 11 update process won't be a mystery

Windows 11 updates may be smaller and efficient, but Microsoft is also making it easier for users to trust the update process by showing them an estimate of how long the restart process would take.

This tiny but important bit of information appears on multiple fronts: on the Windows Update screen, through an icon on the Taskbar, and on the Power button. 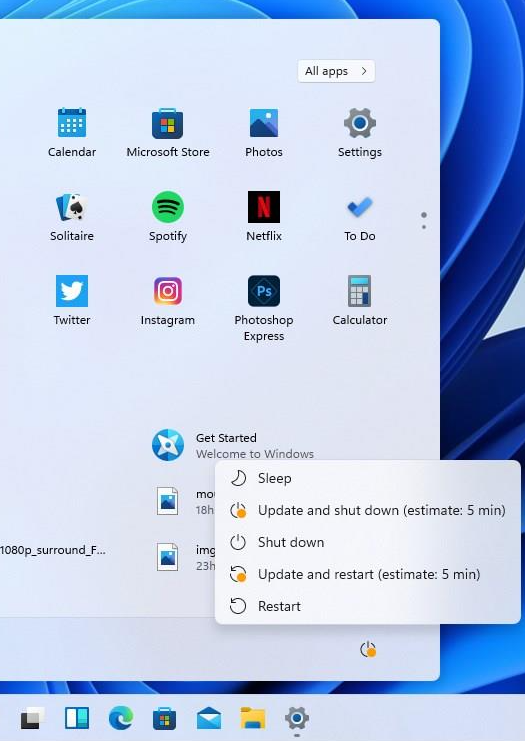 Folks at ghacks reported that they saw an estimate of 5 minutes, but the restart only took a little over a minute. This could be because Microsoft would probably prefer to err on the side caution and not promise less time with the restart process taking longer.

In any case, it's nice to know that the company has listened to the user feedback and is incorporating features and improvements in Windows 11 that could potentially help users stop dreading the update process. While everything else may be important, a trusted update process has become a critical part of any operating system considering the increasing number of security threats.

Windows 11 is still early in the development process, so things could change along the way, but we are certainly hoping for more such user-focused features coming with the public version of the operating system later this year.

Are you looking forward to upgrading to Windows 11 once the specs issue has been sorted out? Have other ideas for Microsoft to incorporate in Windows 11? Let us know in the comments.

How Do You Feel About the New Windows 11?