Even though Microsoft's worked quite a lot on its update process, for both the Xbox and Windows, flaws are still present nevertheless. Just recently a major error in the Windows Update system caused a faulty update being delivered to users worldwide, which caused numerous system crashes and failures. These led to suspicions that perhaps the company's update system was compromised. Well, Microsoft has responded to these fears and the company claims that the update package was a result of some testing gone bad. 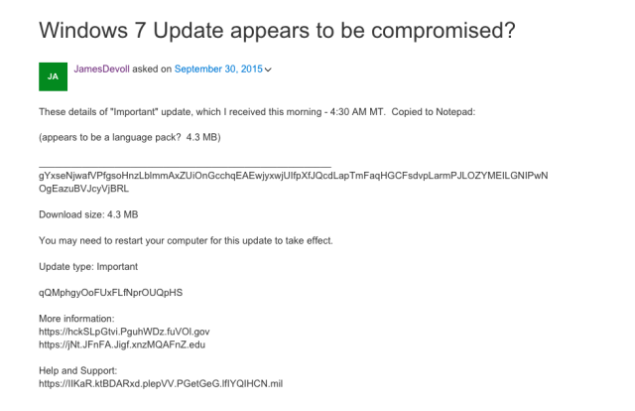 Just 12 hours back, Microsoft issued a Windows update, that's been installed primarily on Windows 7 systems, which caused unexpected system crashes for several users. The payload, which appears to be a system language pack and is a mere 4.3MB in size as can be seen in the screenshot above, came directly from Microsoft's update servers, generally believed to be one of the most secure in the world.

With the scope of Windows updates being delivered worldwide, systems malfunction being caused through a Windows update caused unusual panic and made users assume the worse. After all, with the rate of security exploits and breaches taking place, users really don't know who might be compromising their systems. It could be hackers, pranksters or even the government by the rate things have progressed in the past. 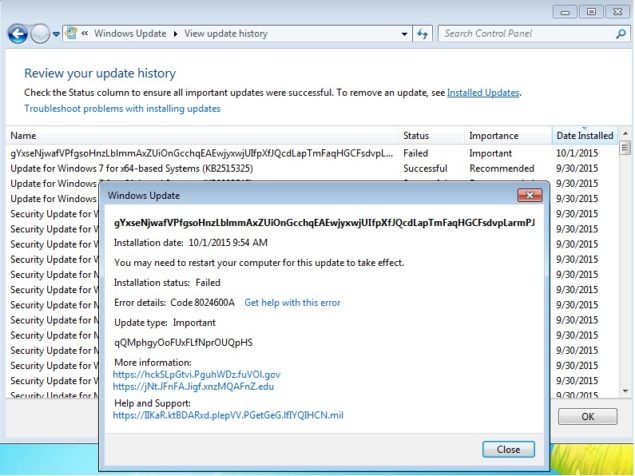 Not only did the faulty update cause system crashes for some users, others reported being redirected to websites such as oddball.gov and .mil websites. For others, the update couldn't be hidden nor be deleted, leading to further speculation about Redmond's servers being compromised by those with malicious intent. Judging by the errors this package has caused, we're very interested in what type of tests Microsoft might be carrying out with what appears to be a language update.

Furthermore, if the company's servers really were compromised, then there's no knowing what other packages might have been installed on those systems that update regularly. Microsoft's denying this, however, according to ArsTechnica, so there should be no cause for worry right now. Still goes to show the vulnerability of companies even the likes of Microsoft and the consequences of a single security failure. Installed the package on your system? Take a look for yourselves and let us know what you think in the comments section below.

How to Disable Autocorrect on Touch Keyboard on Windows 11 System

Microsoft Start Rollout Starts Today – Will It Be Just Another Personalized News Experience or Is There More to Expect?