Microsoft Flight Simulator 2020 Will Feature All Airports on Earth, Though 80 Will Be More Detailed 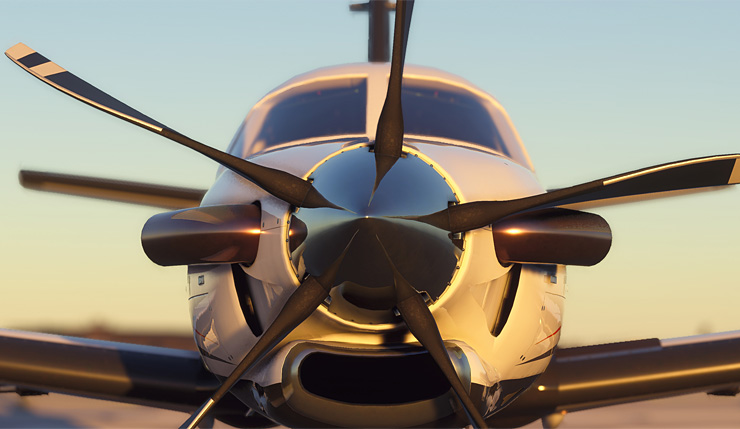 In the sixth 'Feature Discovery Series' episode posted yesterday, Asobo discussed the game's airports. First of all, the starting database was taken from Microsoft Flight Simulator X (the last franchise entry, released in 2006), which featured about 24K airports. The new game will up that number to 37K, or basically every airport on Earth. However, some of them have been given special care as explained by Sven Mestas (Lead Game Designer).

Because some airports deserve more attention, we made a selection of 80 airports based on the most played and busiest ones. We gave these airports more realism by naming the taxiways and signs according to official IDs and providing them more accurate surface definition. Beyond that, in order to take things further, we created a top-level category. We defined the final selection made of iconic airports and dress them up to reach a new level of realism in flight simulation. We created and placed unique buildings and props matching reality, transcribing the identity and their engines, and we even terraformed some landscapes to nest them in their real environment.

Microsoft Flight Simulator 2020 doesn't have a release date yet, but it is expected to land on PC this year and then on Xbox One, too (as well as, we presume, Xbox Series X). Asobo already confirmed that the game is actually very scalable thanks to its engine and supports raytracing technology; on the other hand, Virtual Reality support won't be available at launch but is a 'high priority' for later addition given the many requests received from fans.