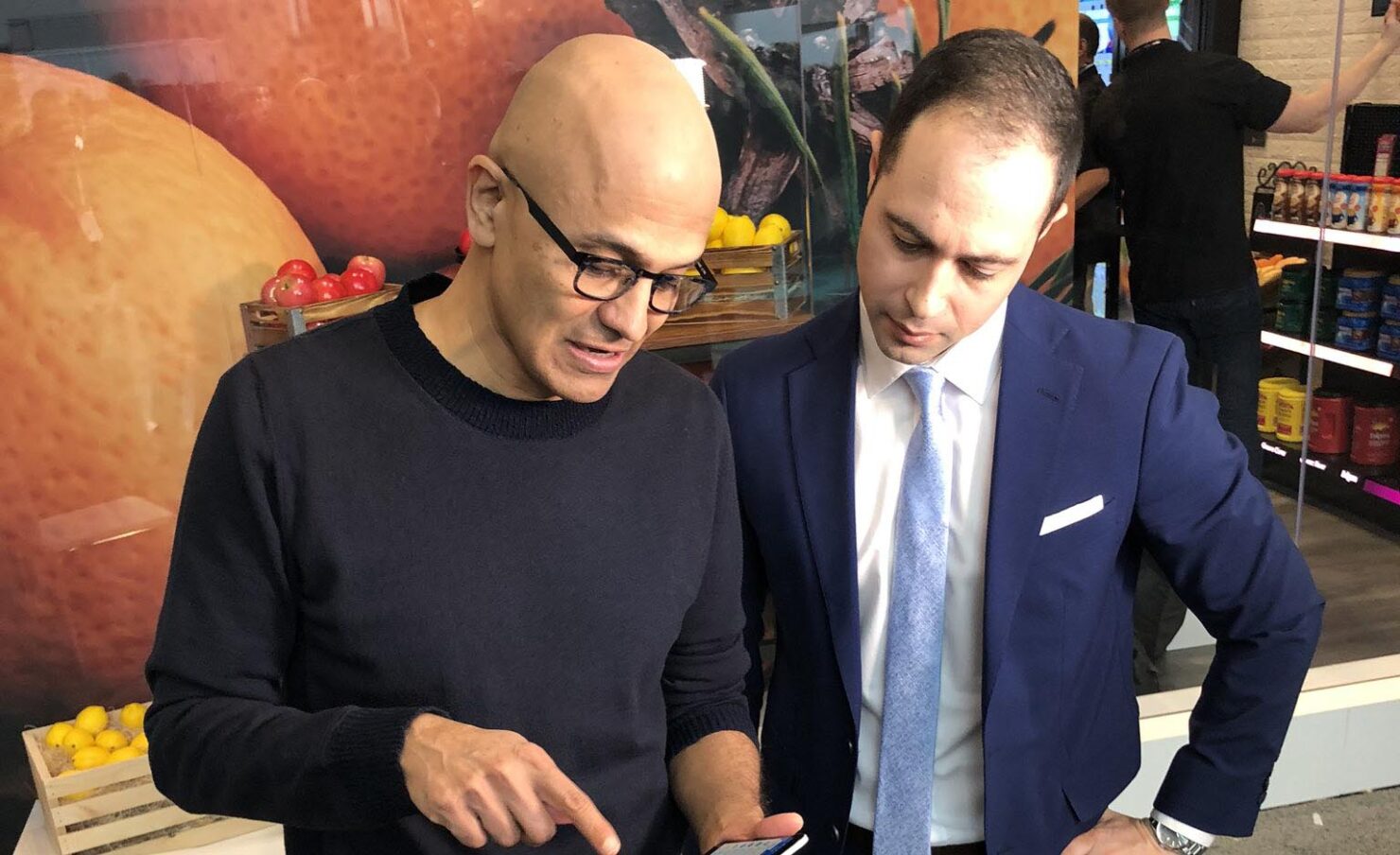 Microsoft has attempted to take the foldable smartphone concept in a new direction with the unveiling of the Surface Duo. To see how it looks in the open, Microsoft CEO Satya Nadella was spotted using one of these, and it’s one of the sleekest pieces of technology you’ll ever see being used around.

Just recently, the software giant’s CEO was spotted using the Surface Duo in a public place, with Brian Sozzi, the Yahoo Finance Editor already looking like he’s impressed with the piece of technology in the palm of Nadella hand. From this angle, this has to be one of the cleanest looking dual-screen devices we’ve seen, but keep in mind that this is just a pre-released version, and it’s possible that the commercial variant features some changes, both on the inside and outside. Earlier, Satya Nadella praised the experience of using the Surface Duo, even though it’s not running any software developed by Microsoft.

That is correct, because back in October last year, it was reported that the Surface Duo would be shipped to customers running Android. While this news might have come as a shock, it later gave rise to whispers that perhaps the device could serve as a launchpad for a more refined version of Windows. Sadly, Microsoft stated that Windows Mobile isn’t making a comeback so any and all rumors should be put to rest. As for the specifications of the Surface Duo, it sports two 5.6-inch displays that are separated with what Microsoft claims is a revolutionary 360-degree hinge that will allow you to use the device in various modes.

The proposed launch timeline of the Surface Duo is late 2020, but even if it is shipped on time, customers might be discouraged from picking it up due to its dated hardware. Not to worry though, because Microsoft states that it will be making adjustments to the configuration to make sure that the Surface Duo competes with other products in its class.

Let us hope that the device spotted in Satya Nadella’s hand is the same thing customers get to use and feel as their daily driver in the future.