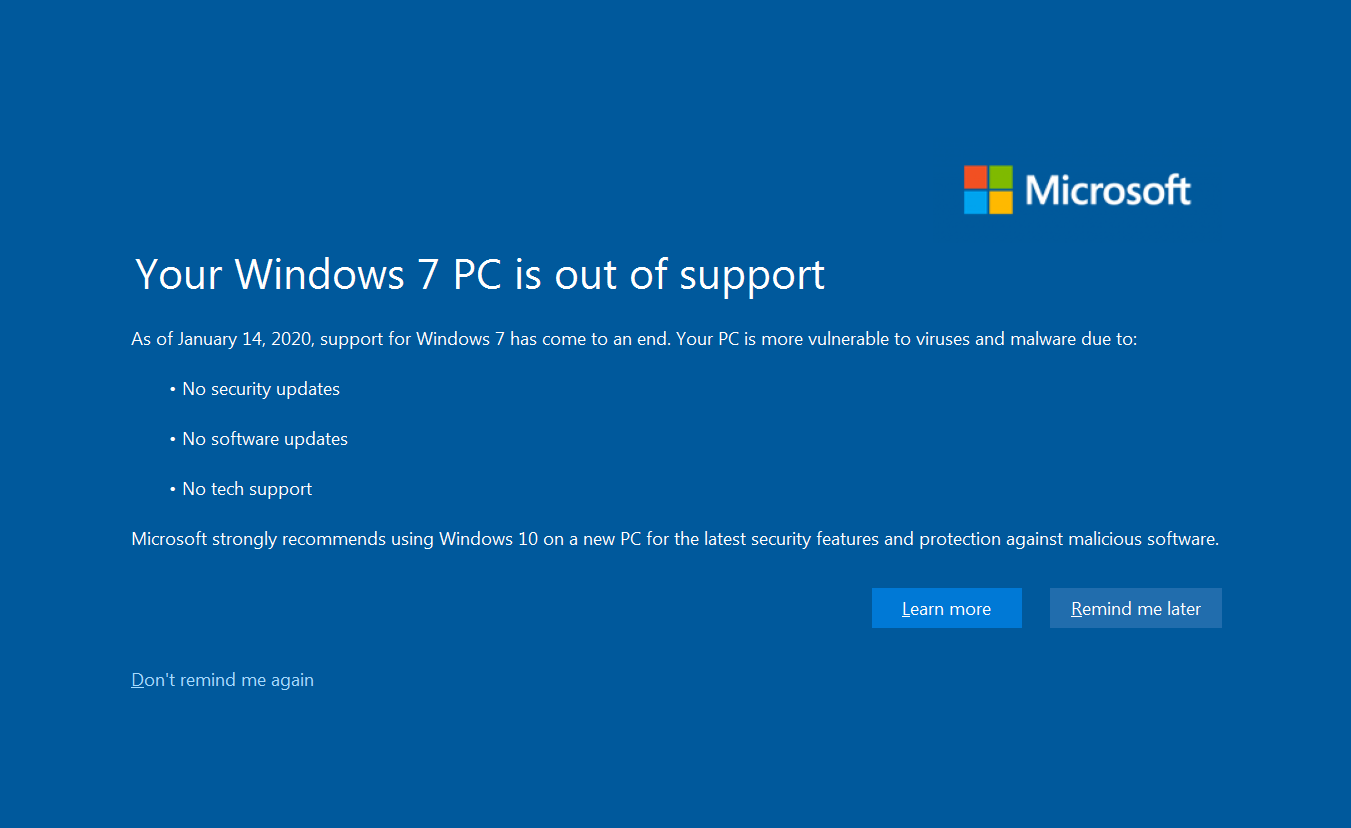 With Tuesday's updates, Microsoft officially called it quits on Windows 7, probably the most user-favourite desktop operating system we have seen to date. Introduced in 2009, the company replaced it with the release of Windows 10 in 2015.

However, it took Windows 10 over 4 years to even get over the dominance of Windows 7 in the market, with the newest operating system hitting that mark just last year. While there are no official stats available, data from NetMarketShare suggests that even now every 1 in 4 computer is being powered by Windows 7. While the free upgrade offer is still working, it remains clear that some users are just not ready to make the move - or that their hardware doesn't support it.

Microsoft had said earlier that it will begin notifying Windows 7 users that their operating system is no longer secure to use starting January 15, 2020. The company sent upgrade alerts throughout 2019 to push users to make the upgrade to 2019. But with the end of support here, a full-screen notification is appearing on all Windows 7 machines warning that systems are out of support.

The Redmond software maker had also recommended users and businesses to upgrade their machines if their current systems do not support Windows 10, which is why the PC market experienced its first year of growth since 2011.

Google has committed to keep Windows 7 users somewhat secure by supporting Google Chrome. Microsoft, with its release of Microsoft Edge last night, also seems to be supporting Windows 7, which means users won't entirely be without support. MSE signature updates will also be rolled out.

With foldable devices and Windows 10X potentially being the focus of this decade, Microsoft would ideally want to leave Windows 7 behind. However, the company might have to occasionally push updates for Windows 7 if WannaCry-like scenarios happen again that made the company deliver patches for unsupported operating systems like Windows XP.

Nagware aside, using an unsupported operating system does open an average, non-tech savvy user to further risks. You can upgrade to Windows 10 for free following this very easy-to-follow tutorial.