[Original story] Microsoft has announced a brand-new PUBG Xbox One S bundle, which will release on launch later this month on February 20. 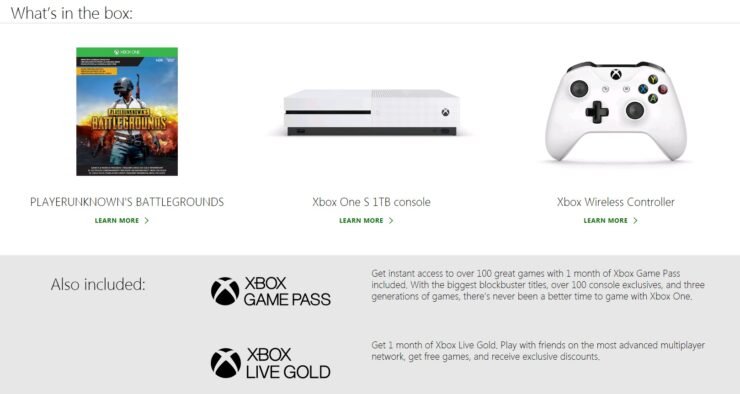 The PUBG Xbox One S bundle can be pre-ordered as of today. PUBG was released for Xbox One through Microsoft's Xbox Game Preview program back in December of last year.