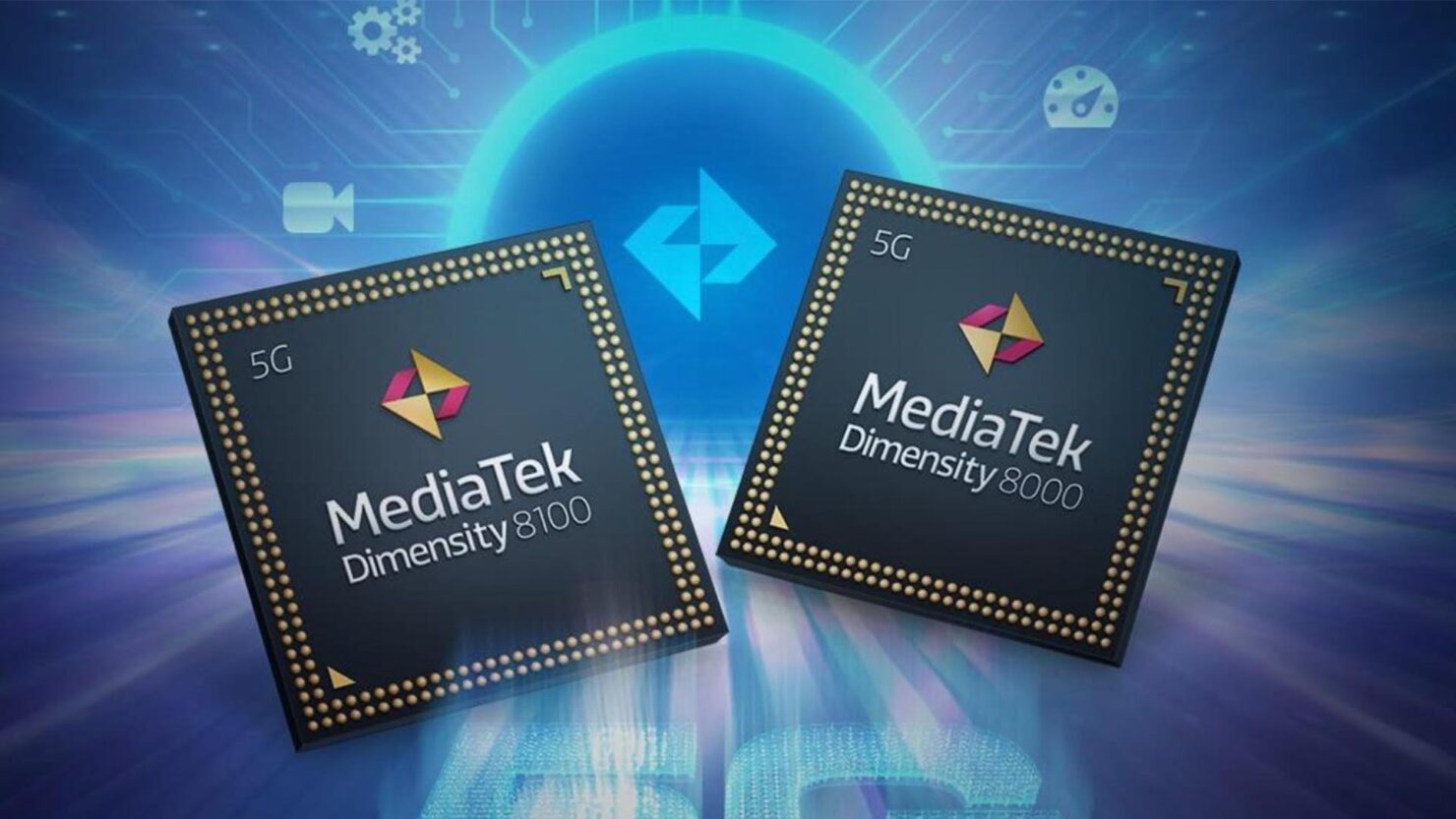 MediaTek is targeting the non-flagship smartphone market with its latest Dimensity 8100 and Dimensity 8000. Where the Dimensity 9000 took on Qualcomm’s Snapdragon 8 Gen 1 and is currently the fastest Android chipset right now, the latest tag team take the fight to last year’s Snapdragon 888. Here is everything you need to know.

There are a few differences to separate the Dimensity 8100 and Dimensity 8000. Both chipsets are mass produced on TSMC’s 5nm process, and both of them ship with octa-core processors in the 4 + 4 configuration. Four of those cores belong to the ARM Cortex-A78, while the remaining four belong to the Cortex-A55. The GPU is the Mali-G610-MC6. The difference exists in the clock speeds, though, as you will find out. 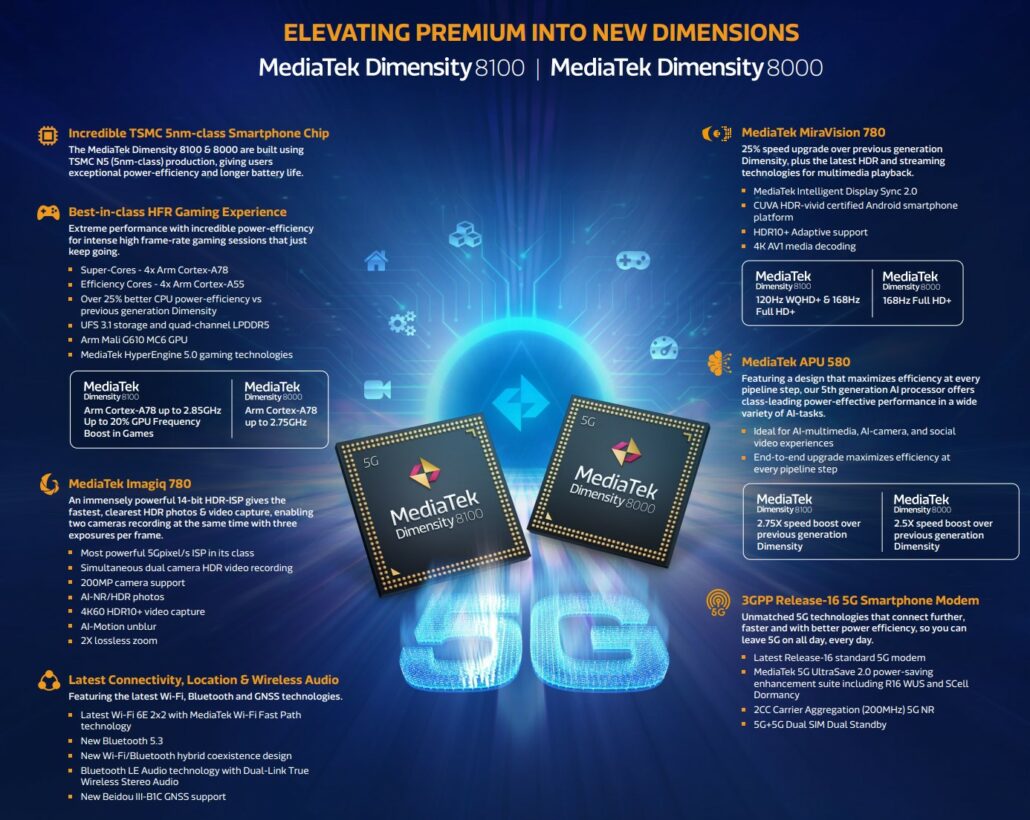 Everything else is pretty much identical across both chipsets. The MediaTek Imagiq 780 ISP supports up to a single 200MP camera sensor, HDR10+ videography at 4K 60FPS, along with a triple camera setup of 32 MP + 32 MP + 16 MP. Connectivity options on the Dimensity 8100 and Dimensity 8000 include Wi-Fi 6E, Bluetooth 5.3, Bluetooth LE, and sub-6GHz.

To keep costs low and because major markets do not support this frequency, both chipsets lack a mmWave radio, but it is present on the Dimensity 9000. Quad-channel LPDDR5 memory is also supported, along with faster UFS 3.1 storage. MediaTek is also not wasting precious time bringing the Dimensity 8000 and Dimensity 8100 to the market, with the company stating that these will be available sometime in Q1, 2022. 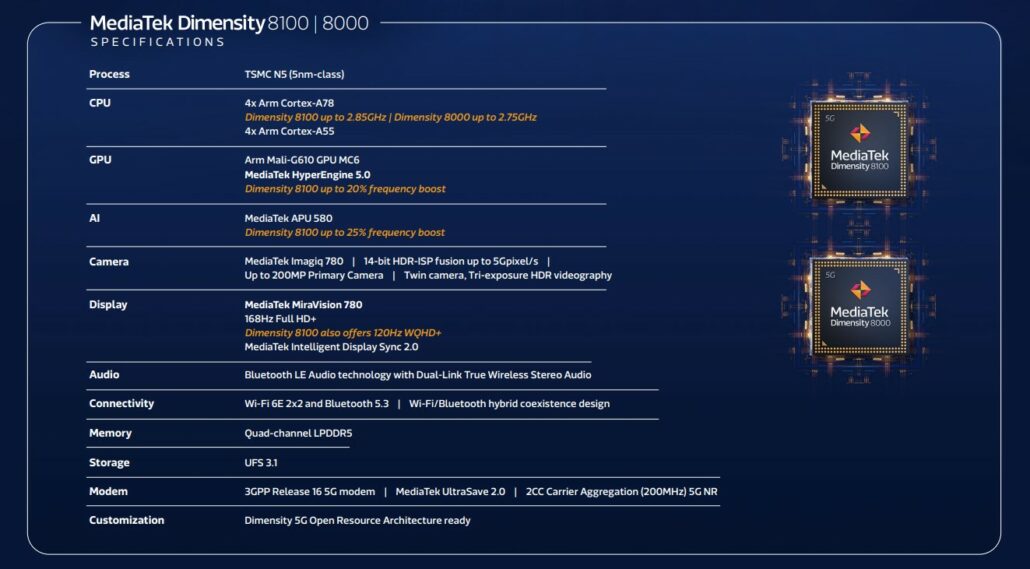 This level of competition is needed because it will force Qualcomm to bring out the best in future products. It may even encourage Samsung to iron out the issues with its top-end Exynos range, but we will see how this progress goes in the near future.