EA’s VP: Andromeda Got Criticized Too Much; There’s No Reason Not To Go Back To Mass Effect 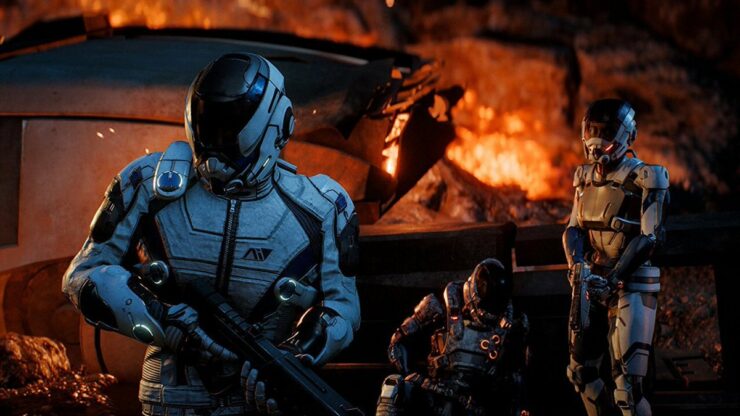 Mass Effect: Andromeda turned out to be the worst received installment in the sci-fi RPG franchise yet, disappointing many veteran fans.

However, as pointed out by Francesco in his review, it was still an enjoyable game as a whole, albeit far inferior to its predecessors. Speaking with GameReactor during Gamescom 2017, Electronic Arts' Executive Vice President Patrick Söderlund pointed out that the game might have been criticized a bit too much.

He also added that there's no reason to go back to Mass Effect at some point.

Well I think, my personal opinion is, I think that the game... I usually don't do this, but this is one of those places where I feel like the game got criticised a little bit more than it deserved. I think the game is actually a great game. Yes, we have to acknowledge the fact that there were some things that maybe we could have done better, absolutely, but as a whole, if you go in and you buy the game today with everything that's in it today, I believe that that's a game worth buying, personally.

What we need to be careful though of is, whenever we bring Mass Effect back again, we have to make sure that we bring it back in a really [relevant] way, and in a fresh, exciting place. That' my job, and that's Casey's [Hudson] job, and BioWare and the Mass Effect team's job, to figure out what that looks like, and that we don't know yet, but we will.

Bioware's new General Manager, Casey Hudson, was among the original creators of the Mass Effect franchise and he also recently left the door open to another Mass Effect title. However, it sounds like it will be a while before we'll get it as Electronic Arts and Bioware will have to understand what went wrong with Andromeda first.

Yes! I love #MassEffect too much to not want to work on it again in the future. Thanks for the support - it means everything to our team. https://t.co/I5MlzSwQI8