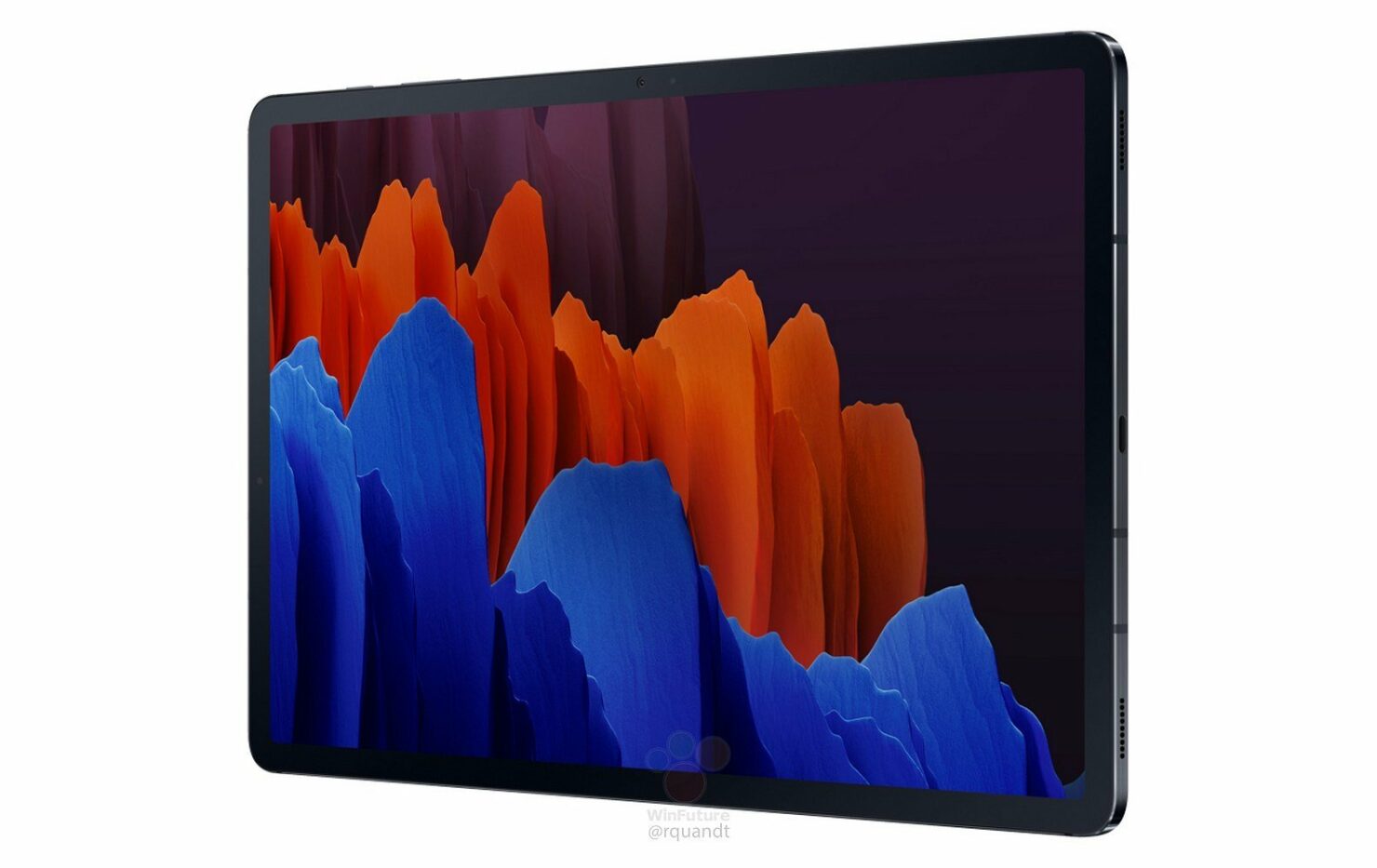 With so many new Samsung devices coming at the Galaxy Unpacked, it becomes hard to keep a track of everything and in most cases, some devices get overlooked as well. With that said, today, we have some fresh information on the Samsung Galaxy Tab S7 and S7 Plus and seems like Samsung is really looking forward to competing with Apple.

Starting right away, the leak confirms that the Galaxy Tab S7 is going to come with an 11-inch LTPS TT LCD, and will have a resolution of 2560 x 1080 pixels. The panel will be able to reach max brightness of 500cd/m2. As for the elder sibling, you are looking at 12.4-inch AMOLED with a resolution of 2800 x 1752 and a reduced peak brightness of 420cd/m2. You can look at some of the leaked renders thanks to WinFuture.

Both tablets are going to run on the Qualcomm Snapdragon 865+ paired with X55 5G modem, as well as a 6/128GB configuration as far as the memory is concerned on the base models. You are also going to get quad speakers with Dolby Atmos support, and have the same camera configuration that will include a 13-megapixel main camera with f/2.0 aperture as well as a 5-megapixel wide-angle camera, and an 8-megapixel front-facing camera.

Both tablets will bring support for wireless DeX which is a new addition to the ecosystem. They are going to arrive in the same colour scheme as the Galaxy Note 20 series, meaning that you have the option to choose from Mystic Bronze, Mystic White, and Mystic Silver. They will sport a magnetic strip for holding the S-Pen as well.

Both the Galaxy Tab S7 and S7+ are supposed to release on the 5th of August, later this year and will be Samsung's flagship tablets that will rival the Apple iPad that is currently available in the market.