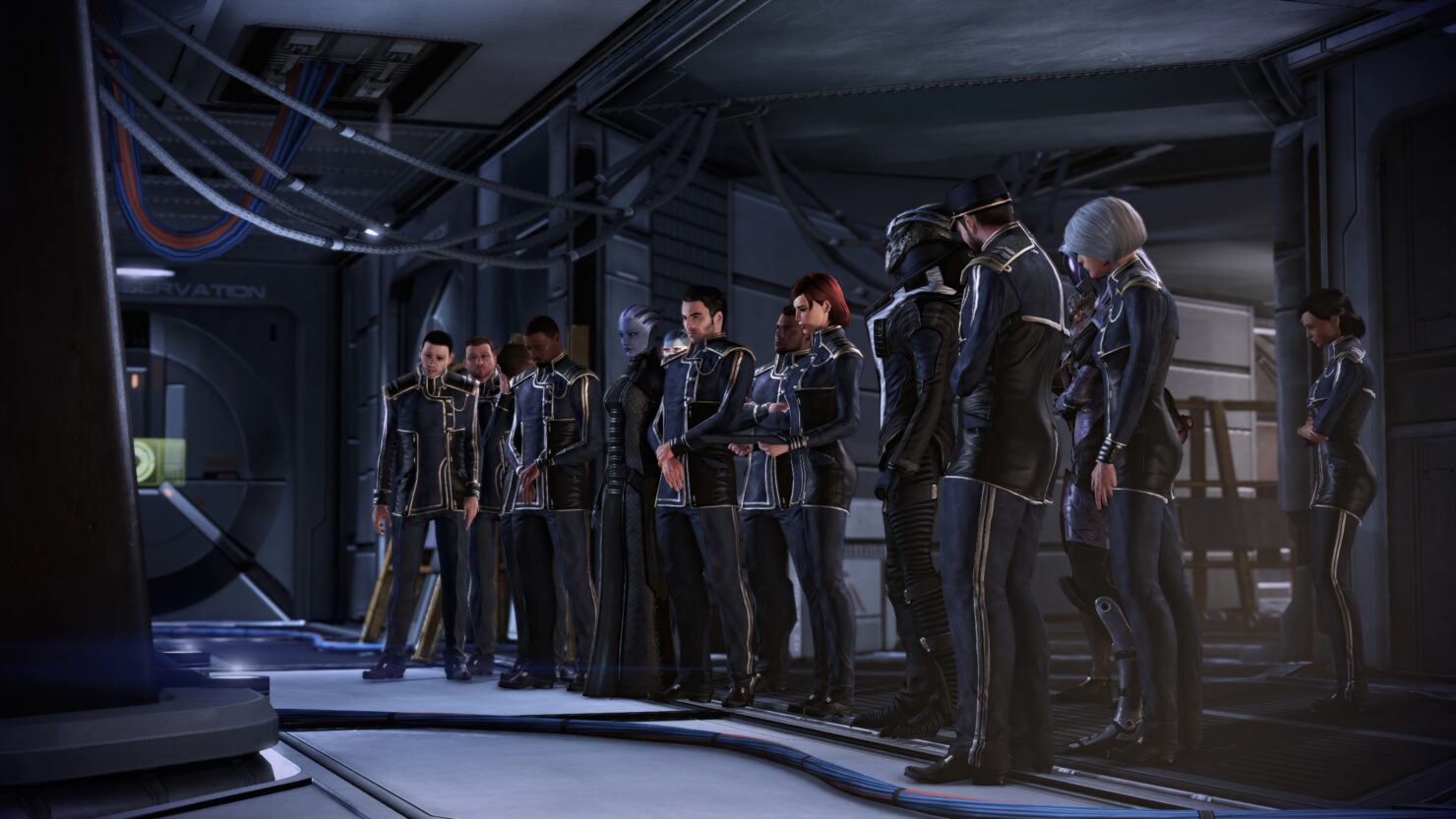 A new Mass Effect Legendary Edition Happy Ending mod was uploaded a few days ago to Nexus Mods. Created by Audemus, it is inspired by the original Mass Effect 3 happy ending mod. Its goal is to allow Commander Shepard to survive the final mission, of course, but there are several other tweaks and changes as outlined below (with as few spoilers as possible).

Can I install this Mass Effect Legendary Edition mod mid-playthrough?
Yes. You can install it at any point prior to the Illusive Man confrontation. However, the two new codex entries are set up to unlock at certain points in the game. So you won't get them unless you install the mod before those points. The first codex entry fires after the Hackett/Anderson briefing post-coup, and the second fires after the Anderson call post-Cerberus HQ.

Does this mod work with romance mods such as More Gay Romances?
Yes! The mod does not check for Shepard's gender when checking to see who the LI that appears at the memorial should be. It just looks at your save to find your active romance. So it will work perfectly fine no matter what romance mod you're using. In fact, we even added forward compatibility to allow for Joker or Thane to appear at the memorial if a mod releases in the future that makes Joker a romance option or allows Thane to survive ME3.

What about Take Earth Back? Is it compatible?
Yes, it's fully compatible.

In related Mass Effect Legendary Edition news, the game made our best roleplaying games of 2021 list, and it also appeared on Steam's best-selling list for last year. Xbox and PC Game Pass owners will soon be able to play it as part of their subscription.